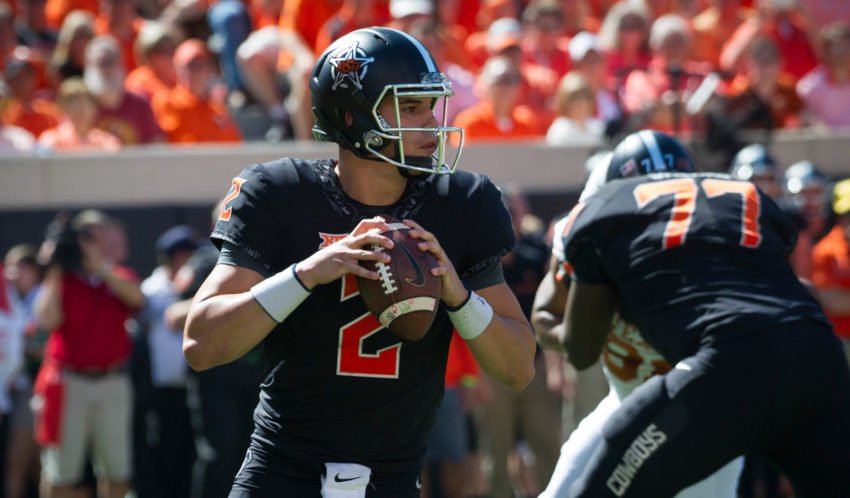 College football analyst Steve Palazzolo recently listed Oklahoma State qaurterback Mason Rudolph as one of the nation’s top returning players, putting him at No. 4 on his list for ProFootballFocus.

Top returning players in the Big 12

Here’s what Palazzolo had to say about OSU’s rising senior signal-caller:

A three-year starter at Oklahoma State, Rudolph returns after ranking eighth overall in 2015 at 86.1 and second in 2016 at 92.3. Rudolph has gotten the ball down the field as well as any quarterback in the nation the last three years, ranking fourth in deep yards in 2015 and second in 2016. He’ll battle Mayfield for the top spot at quarterback in the Big 12 and in the nation, while making Oklahoma State a contender for both a conference and national title.

Rudolph is one of four Big 12 players on the list, with Texas lineman Connor Williams and Oklahoma Ogbonnia Okoronkwo pegged as No. 10 and No. 19, respectively. Oklahoma’s Baker Mayfield is listed at No. 1.