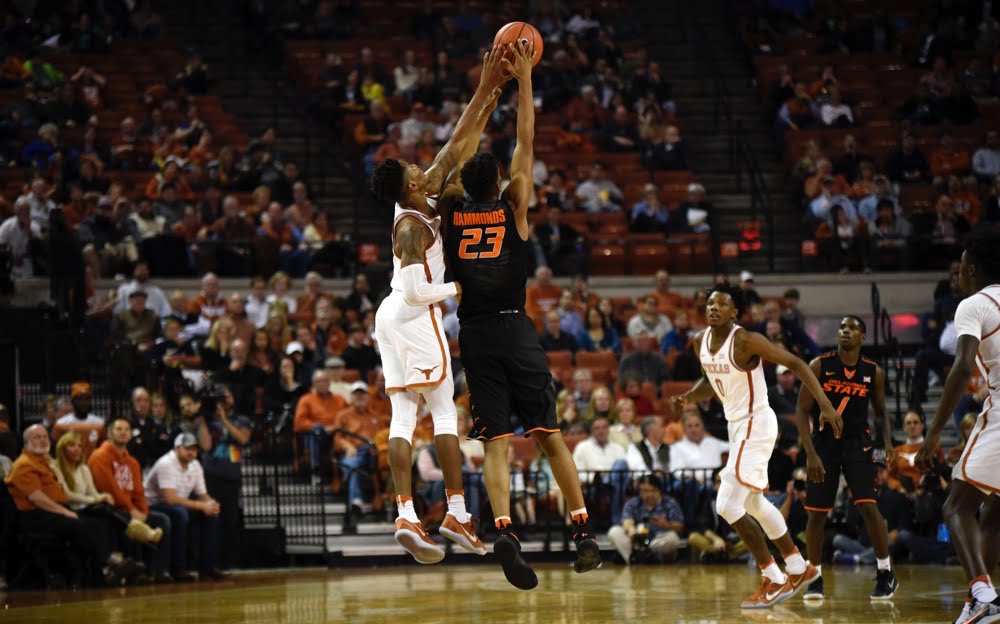 The Pokes are back at it on Saturday taking on a young Texas team in GIA. They say the enemy of your enemy is your friend, so shout out to the Horns for taking down the Sooners on a buzzer beater in Austin a couple of weeks ago.

Thanks to James Caldwell at Hook Em’ Headlines for his thoughts, a solid follow if you want to hear more about the Horns. The way he describes this Texas team is similar to the way I try to husband around the house: lots of effort but mixed results.

1. What do you think are some of the most defining characteristics in this Texas team?

The defining characteristics of this year’s Texas Basketball team are youth and hustle. The team is so inexperienced that they often times fall into bad habits and lose their confidence. But, they hustle for every loose ball and rebound to give themselves a chance to win.

The reason why they held on to beat Iowa State on Tuesday was because they were all over the court trying to extend possessions. It was a proud moment for Shaka Smart, who preaches hustle every day in practice.

2. Tevin Mack exploded for 27 against the Cowboys in early January. With him out indefinitely, who has picked up the slack in his absence for the Longhorns?

Tevin Mack’s suspension forced two key players to step up. Freshman Andrew Jones has become the alpha leader after feeling things out early in the season. Jones’ defining-moment was a game-winning three-pointer to beat Oklahoma. The other player is sophomore Eric Davis, who had a rough start to the season. But, he finally found his outside shot after Mack was suspended. Davis’ defining moment was also a game-winning three-pointer to beat Texas Tech.

​3. What match ups are you most excited to see on Saturday in Stillwater?

I am most excited to see how the Longhorns defend Jawun Evans in Stillwater. The Horns gave up 19 points to Evans during the first meeting in Austin, but they also forced Evans into five turnovers. On Tuesday night, Texas held Iowa State’s leader Monte Morris to just 10 points. And, zero made shots in the first half. But, both of those games were at home.

Texas has not been good on the road this season, so I want to see if the Longhorns can grow up and play solid defense on Evans in a hostile environment.