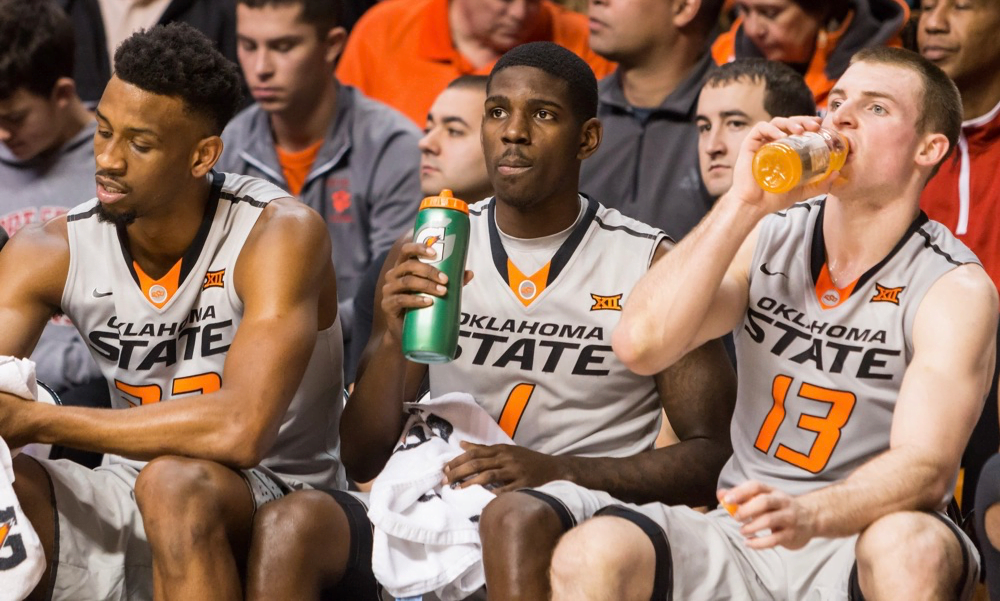 Thanks so much to Seth over at Staking the Plain for sharing his thoughts, it was really interesting to hear his explanation on Tech falling just shy so frequently this year.

The Pokes just exploded from deep in round one, interesting to hear about a new match-up that could affect the long ball on Saturday. Keenan Evans is really developing into a solid player, should be fun to see him duel with Jawun this weekend.

Keenan Evans hits the 3 to keep the comeback alive in Morgantown!#wreckem @TexasTechMBB

1. Juniors Keenan Evans and Zach Smith are super talented guys that have played lots of basketball, what are some of the strengths and weaknesses of this Tech team?

Evans and Smith really are a ton of fun to watch. Evans has figured out how to create his own shot while Smith has added a pretty nice outside game, extending to three-point range, this year.

They’ve both really improved their games as the year has progressed and it has been fun to watch them progress. The biggest strengths of this team is their ability to play pretty clean basketball.

Typically, they don’t turn the ball over and they key on every possession. The weaknesses is that this team really does lack interior rebounding and outside shooting other than Evans, who really has been the team’s best and only real three-point threat.

2. ​Coming up just a hair shy in so many games lately (Kansas, TCU and Texas and overtime games against Iowa State and West Virginia), what are things that the Red Raiders need to do to get over that hump?

I don’t know that getting over that hump is something that can be fixed this year. Last year, Toddrick Gotcher and DeVaugntah Williams were outside threats and good defenders. Beard didn’t really get a chance to replace their games this year with a short recruiting period and getting hired.

The other part is that the post players really play like guards and they don’t rebound particularly well. The hope was that they draw out defenders, but the team hasn’t been great rebounding the ball and I think the interior is a bit soft.

3. What are some match-ups you’re most excited for on Saturday?​

The last game, Niem Stevenson was coming off the bench and getting not a ton of time. Now, he’s starting and playing significant minutes. Stevenson is a bigger guard and that helps with the interior rebounding and he’s been pretty good defensively.

This will allow Evans and Stevenson to try to cover Oklahoma State’s backcourt a bit easier. Well, at least in theory. Oklahoma State has been so hot lately with that combination of Forte, Evans and Carroll.

But it has also been an impressive stretch lately by the Red Raider backcourt lately: