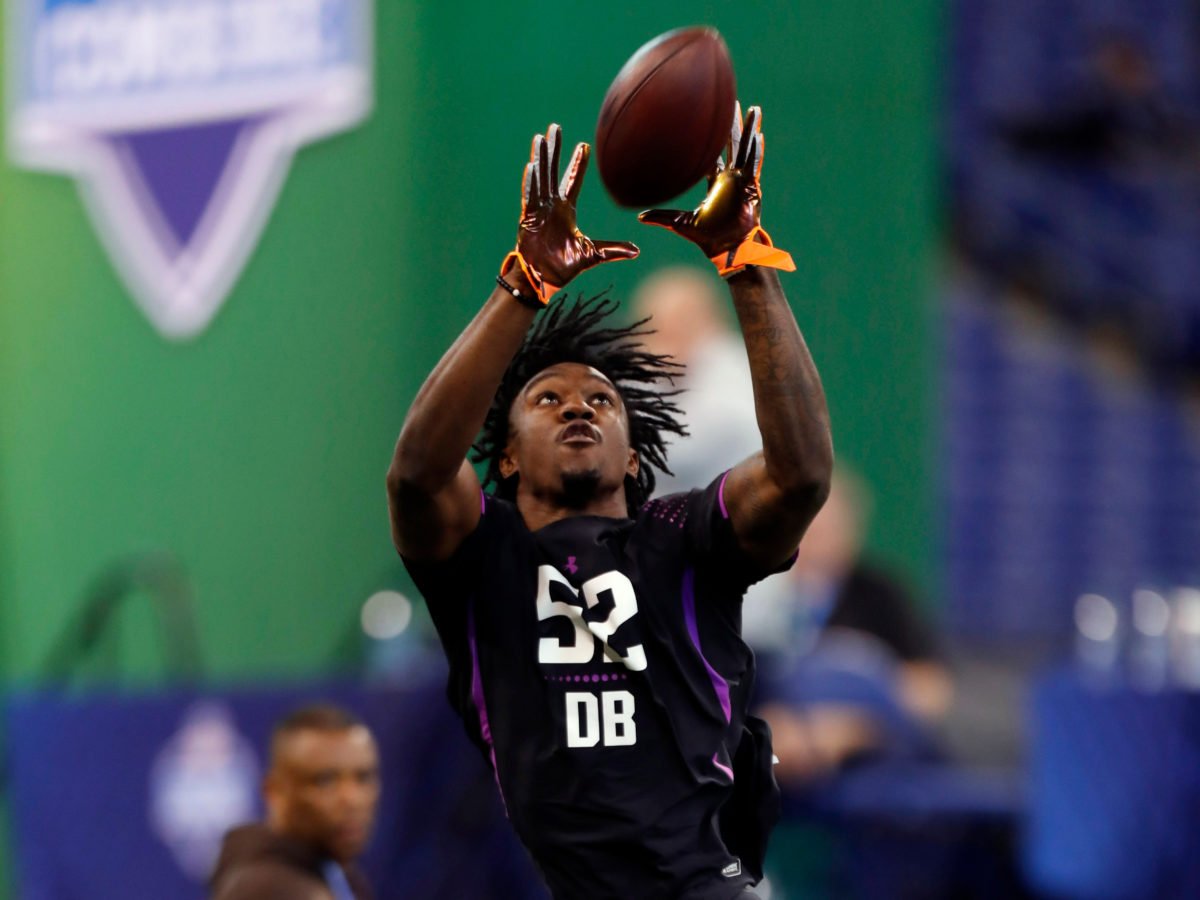 On Thursday, 17* former Cowboy football players will take part in Oklahoma State’s pro day. Among them will be the five players who took part in the NFL combine roughly a week and a half ago.

That includes Chris Lacy, who hopes to improve upon his 40-time, and Tre Flowers. I got to talk with Tre earlier this week about his experience at the combine, what he plans to do at OSU’s pro-day, and his favorite moment of his senior season.

Phillip Slavin: First, tell me about your experience in Indianapolis.

Tre Flowers: It was definitely a different experience. It lived up to the hype, all the crazy stories I heard going into it. But it was fun. It was a great experience. I met up with some of my fellow teammates, and old teammates. I made a lot of new friends. We all shared the same passion, wanted the same things. It was constant competition and I felt like I got better.

PS: How did you feel about your performance overall, especially your 40-yard time?

PS: You mentioned you made some new friends. Who are some of the players you got to meet?

TF: “I was with Brandon Facyson from Virginia Tech. He was a familiar face just because we played them. He was where I was training at, so I met him. A guy from Texas, Deshon Elliot, he was a couple numbers in front of me. So really the guys around me. Minkah Fitzpatrick, I was two people after him. So we always talked while we were in line. It was just fun.”

PS: Was there anyone there that really impressed you? Either side of the ball?

TF: “Shaquem Griffin, I saw him a couple of times. He ran a 4.38 and I thought ‘man, he’s moving.’ I saw Barkley from Penn State. My cousin was roommates with him. So just seeing all the guys you’ve seen on social media or on ESPN, we’ve all watched each other play so it’s weird being in the same building for a little bit.”

PS: Which teams did you get to talk to over the weekend?

TF: “A majority of the teams there. I feel like I talked to most everybody.”

PS: What did they talk to you about?

TF: “A lot of them wanted to talk football. Just drawing up a little bit of their defense, wanting to know what I do here at Oklahoma State. Some of them want to get to know more about you, more about your family. Just to see how you interact with other guys. It was kind of a standard thing. It wasn’t nothing crazy. Some of them were a little weird but it wasn’t nothing too crazy.”

PS: What was the weirdest question you had?

TF: “I don’t remember what team, but one of them asked me about a super power. I wasn’t expecting a serious situation to turn into, ‘what super power would I pick if I got to pick one.’ I couldn’t really believe it, but I guess it was just kind of to loosen the mood a little bit.”

PS: So what super power did you say?

TF: “I said I wanted to read minds. That’s my biggest thing. I’m a nosy person. I want to know what’s going on.”

PS: Did you get any feeling from any teams that were interested in you?

TF: “Well I talked to almost every team, but I had a formal interview with the Buffalo Bills. I met with Minnesota a couple of times. I would say those two for sure stood out to me, that wanted to talk to me a little bit more than the others.”

PS: Are you taking part in Oklahoma State’s pro day and what do you plan to do there?

TF: “Yes sir. I plan to do all the position drills. Pro agility and three-cone drill.”

TF: “I don’t feel I need to run the 40 again. I feel like my position work is something that’s a little bit more important right now, since I already ran it.”

PS: What are you doing right now until the draft?

TF: “I’m in Stillwater right now, but I’m just watching football like I normally do, trying to go on with my normal life. Kill time and.. I’m working out of course. Nothing special, just wake up, eat, and watching football.”

PS: Have you signed with an agent?

PS: How has he been helping you get ready for the draft?

TF: “He’s helped me prepare tremendously. Especially mentally. Everything he’s told me has come true. I put a lot of trust in him.”

PS: How did you feel about your senior year at OSU?

TF: “I feel like there was a lot of ups and downs in the season. We had high expectations, unfortunately we didn’t win a Big 12 championship like we planned on doing. But, I feel like we changed a lot about this program, about this culture here at Oklahoma State. I feel like we had a lot to do with it. The standards are high here now. Hopefully the school keeps getting better and can do what we didn’t do.”

PS: What was your favorite game or moment from the last season?

TF: “My favorite moment. That’s hard. I’ll say the bowl game. We kind of knew we were going to go off to train for the combine and we were all together one last time. We knew it was coming to an end. It was a lot of fun when we were together. At practice it was still highly competitive. Nobody shut it down or started thinking about the league or anything. We constantly pushed each other the whole way, and I’ll always remember that. It was a real good bowl game. I worked out with the guy from Virginia Tech so I let him hear it every chance I could get.”