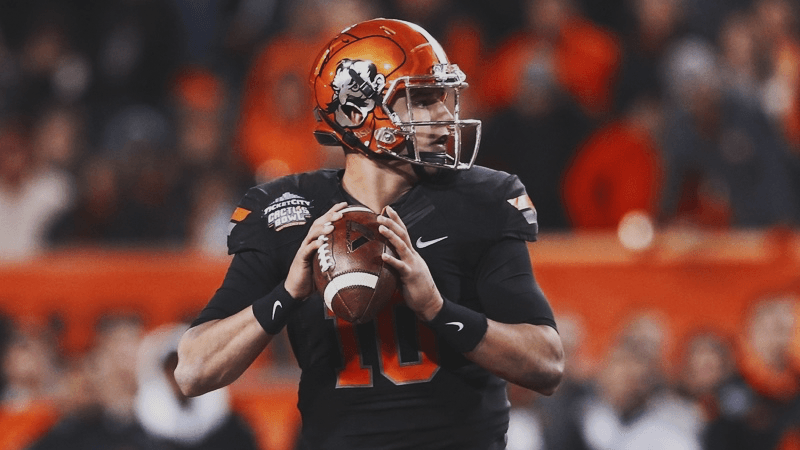 The game one depth chart has officially been released this morning courtesy of The Oklahoman’s Kyle Frederickson, and there are a few surprises and intrigue with the list. I have a few quick thoughts.

• Chris Carson is listed as the starter. I projected he would be RB1 this morning, but the writing has been on the walls for weeks now so it shouldn’t be a huge surprise. Childs is listed at No. 2, and freshman Jeff Carr is No. 3.

• Lemaefe Galea’i is No. 2 at right guard behind Paul Lewis. A redshirt freshman with a ton of upside, the Cowboys needed him to make strides in fall camp, and it looks like Adkins was able to develop him enough to position him for some meaningful playing time this season.

• Austin Hays at WR3! Not extremely surprising, but is surprising he eclipsed Chis Lacy on depth chart.

• Mote Maile and Vincent Taylor are the clear cut 1’s. Mote was an ESPN JC50 prospect, and all signs pointed to him being named starter opposite Taylor.

• Darrion Daniels is going to play. Just weeks ago, Gundy indicated that Daniels may redshirt. But him and Ben Hughes sharing the No. 2 spot behind Maile means he will get plenty of opportunities as a freshman. No redshirt.

• Ashton Lampkin has won the cornerback spot opposite Kevin Peterson. I gotta say, I am pretty excited for him. After a season ending injury, it’s good to see him return, and even better to see him taking his spot with the 1’s back.

On the special teams…

• True freshman Jeff Carr is listed No. 1 on kick return, just ahead of senior Brandon Sheperd. I have to say, this makes me happy. I want Shep healthy as the No. 1 receiver.

• Frosh Jalen McCleskey will become the smallest skill position player to suit up for Mike Gundy. Came on strong late in camp, and the speed is too good to keep on the sidelines.

What are your thoughts on the depth chart?

Ed. note: I experimentally started a page for discussion in the forums. Let’s talk.