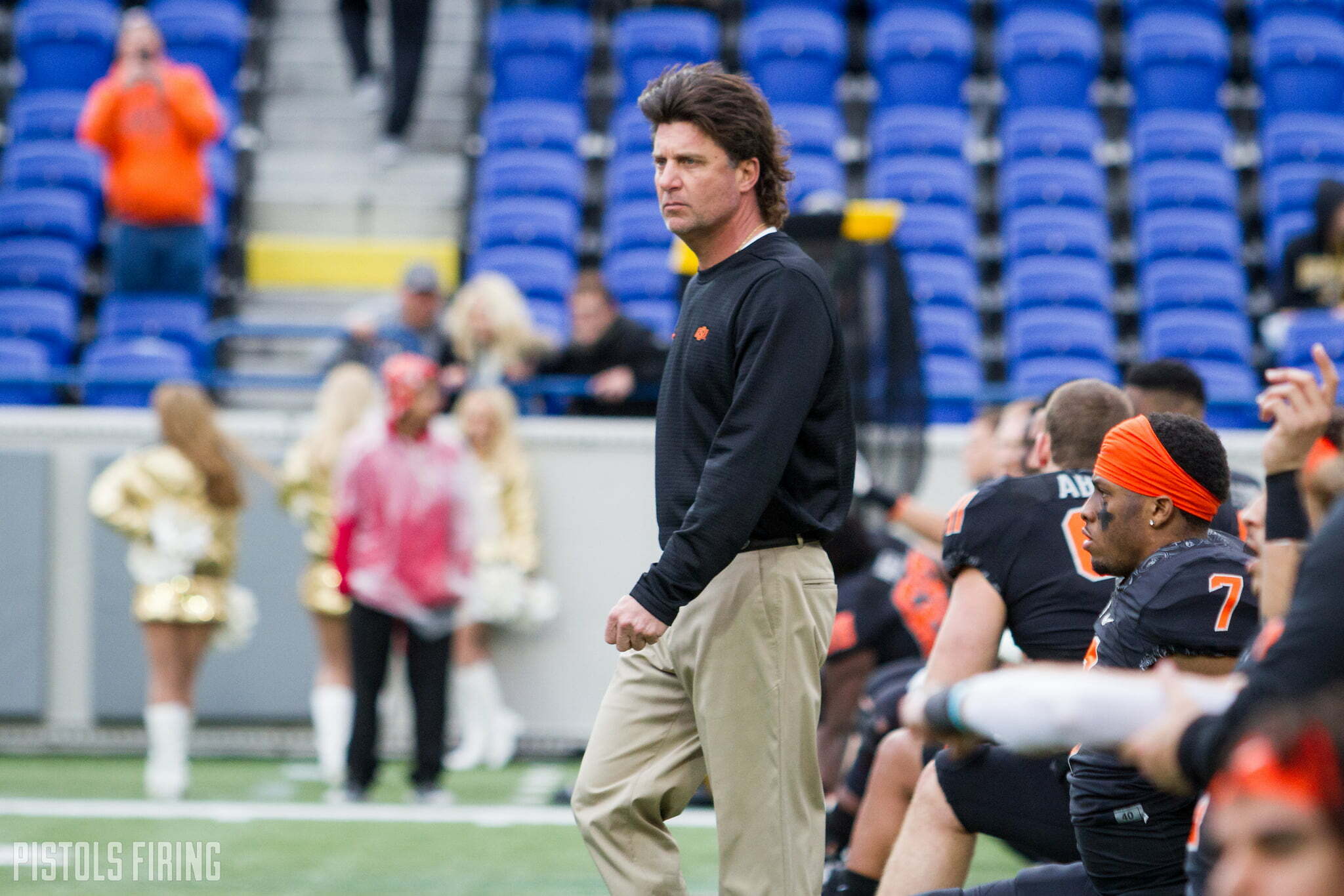 The 2019 football early signing period has come and gone and things are pretty much wrapped up for this recruiting cycle. Mike Gundy still has three football scholarships left to fill, with a real possibility of landing four-star running back Deondrick Glass, but a majority of the class is complete.

Since Oklahoma State’s 2019 recruiting class is almost completely filled, I wanted to take a look at some predictions I have for 2020.

Although it often seems like Mike Gundy only goes after three-star guys, I think he lands multiple four-star recruits in the next cycle. According to 247Sports, this would be the first time the Cowboys have signed more than two four-star recruits, that’s if they don’t end up landing Glass in 2019, since the class of 2014. In that class they signed the five guys listed below:

Now, before I go any further, I will say recruiting rankings are not always accurate and there are many factors that can sway a recruit’s ranking one way or another, but I think Gundy not only signs four highly ranked guys, but he signs four extremely talented guys.

The first reason for my optimism is the Pokes already have one four-star commit in Ardmore, Oklahoma offensive tackle Eli Russ. In addition, Mookie Cooper, listed as an athlete out on Saint Louis, MO, holds OSU in high regards.

He also stated that he’s looking to go on an unofficial visit to Oklahoma State before he begins his official visits. Cooper currently isn’t planning to commit until the end of his senior season, but it’s looking like the Cowboys have a realistic shot at landing the speedster. Kyle Porter wrote more about Cooper here.

Then there are Broken Arrow, Oklahoma products Andrew Raym and Myles Slusher. Raym, a 6-5, 300 pound offensive tackle, looks to have the makings of a dominant offensive guard at the next level. He was committed to OU for a short period of time, but decommited last May. Raym apparently still has the Sooners at the top of his list, along with Notre Dame, but I think OSU is still in the mix. Additionally, it’s a similar situation with Slusher, a 6-0, 181 pound cornerback, as he has a strong relationship with OU, but the Pokes aren’t completely out of it.

Obviously, several of the guys I mentioned above are long shots, but I think the Cowboys might be able to land a few more and get their total up to four. I also might not be very smart, but we will see.

This prediction basically goes hand-in-hand with the one mentioned above. Looking at the 2018 recruiting rankings on 247Sports, Stanford was the only team outside the top 30 who had four or more four-star recruits, and this was primarily due to them only taking a class of 15 total recruits. So, if the Cowboys can land four, like I predicted above, they almost guarantee themselves a spot in the top 30.

This would also most likely put the Cowboys ranked 3rd or 4th in the Big 12. It would be the highest ranking for the Pokes since the 2014 class I discussed above when they finished 27th nationally and 4th in the Big 12.

From Enoch Smith in 2017, to Mike Scott and Amadou Fofana in 2018, and now Sione Asi and possibly Soni Fonua in 2019, the Cowboys have a trend of adding depth to their defensive line through the junior college ranks. I wouldn’t be surprised if they add one or two more in the 2020 class, especially since this is a position lacking depth and experience.

Enoch Smith did a solid job in reserve duties and filling in for the injured Darrion Daniels, and Mike Scott has shown the potential to be an absolute monster on the football field, as you see below.

You definitely want to have talented, young high school players in your recruiting class, but it never hurts to add some JUCO guys who have experience and more developed bodies to your defensive line.