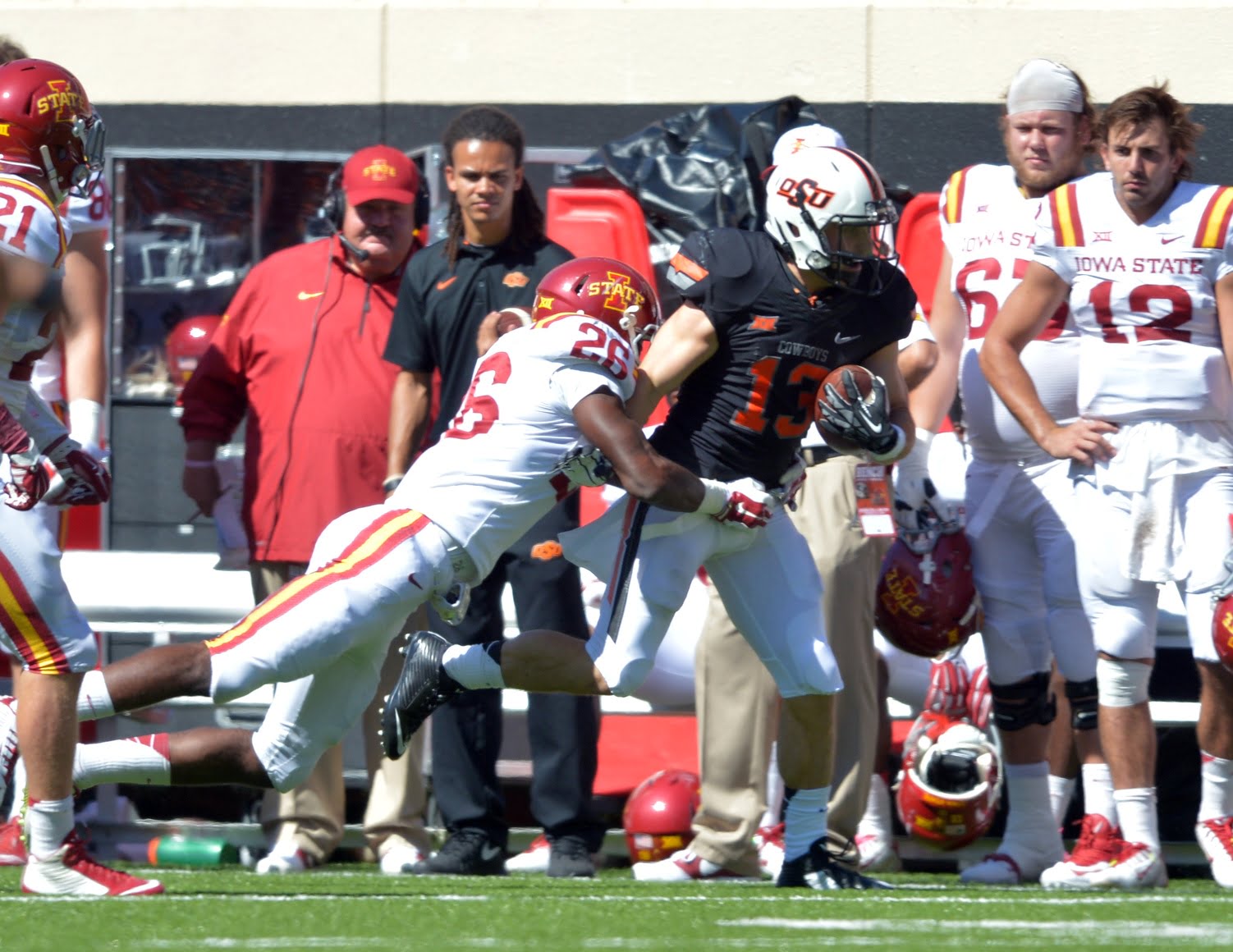 I think I’ve settled on some sort of hybrid “which team has the best chance to win the Big 12” based on past performance (TCU over OU) and expected result (OU has two road games left).

That might change next week but for now that’s what it is.

1. Oklahoma: I talked an amount of crap on Twitter Saturday that would have made Floyd Mayweather raise an eyebrow but it’s pretty clear to me that OU is still going to win the conference.

2. Baylor: They can afford a stumble at West Virginia or in Waco against OSU or Kansas State but the road to the Big 12 title figuratively goes through Norman this year and Baylor won’t be the favorite.

3. TCU: They’ve certainly positioned themselves nicely but they’ll have to win three of at Baylor, OSU at home, K-State at home, and at Texas and not have any major gaffes AND probably hope OU beats Baylor in Norman.

That’s a lot to ask for from a team that thinks its a good idea to camouflage its kick returners in the end zone.

4. Kansas State: Snyder may be a wizard but I’m not sure he’s capable of flipping a schedule that includes trips to Waco, Norman, and Ft. Worth. Yikes.

5. Oklahoma State: [looks at schedule, looks at offensive line, looks back at schedule]

6. West Virginia: They needed to beat OU at home and they didn’t.

9. Iowa State: The only 0-3 team so far. They’ll be mathematically eliminated before November.

10. Kansas basketball: Why not?

11. Kansas football: Getting Kansas at like 4 million-to-1 right now to win the Big 12 and then watching them win the Big 12 would be the greatest gambling story ever.