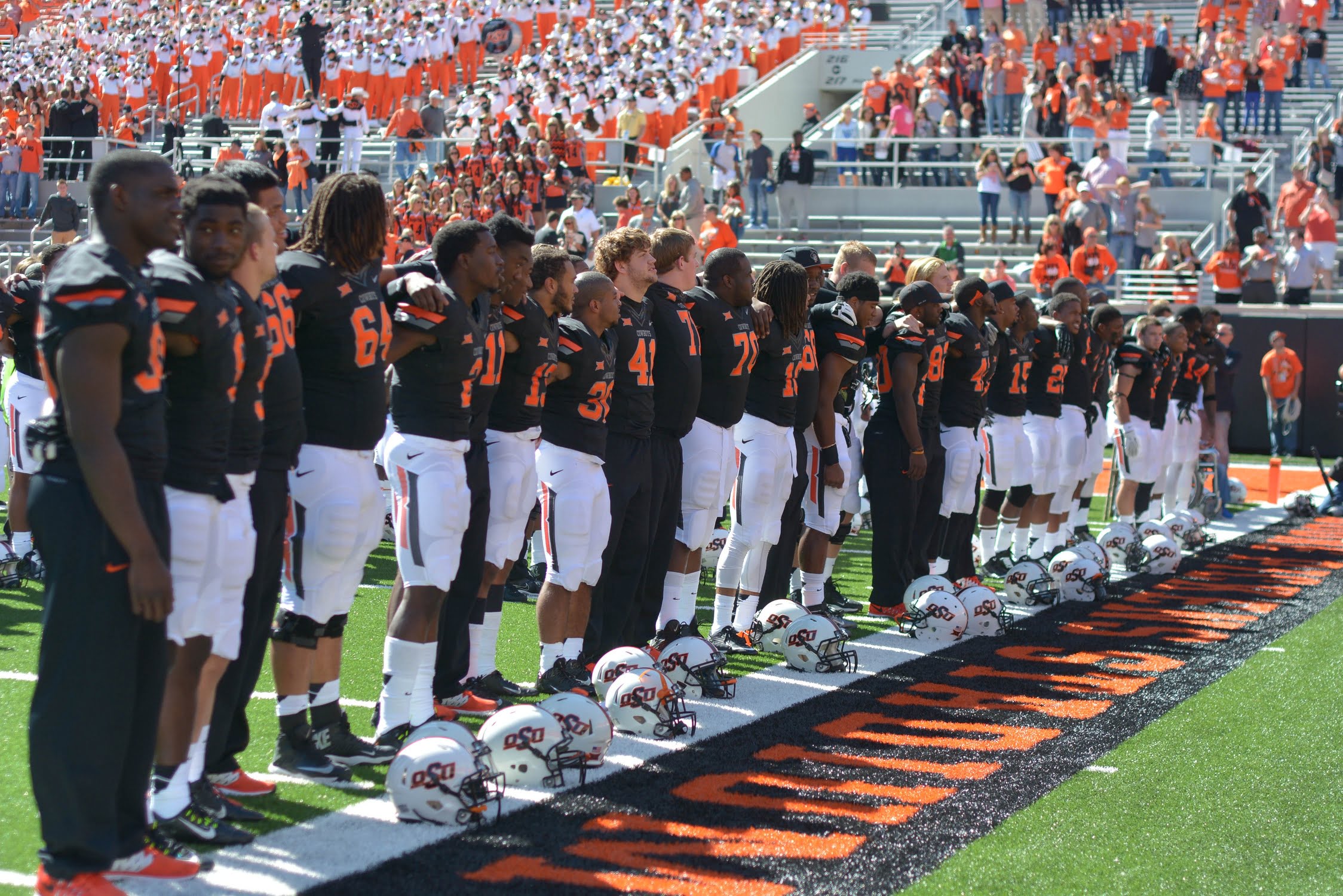 First and foremost, I should start by saying last weekend was pure insanity in college football. Big games, upsets, goal posts being torn down by massive crowds of Red Bull infused students… it was amazing.

As for myself, I watched everything unfold with a group of friends I was visiting in Dallas. There’s really no substitute for watching big games in unfamiliar territories with fans of different teams.

As you can imagine, the bar I was in/the state of Texas was pretty stoked when TCU pulled off the upset against OU. As a lifelong Okie, I should probably be less excited when the Sooners lose…but I was right there celebrating with strangers in Horned Frog t-shirts. It was during this activity that I was shaken to my core.

At a table across the bar sat an older couple—probably both in their 60s, just taking in the excitement of a massive win. I approached this seemingly harmless duo with a smile on my face, excitedly telling them, “I went to Oklahoma State and I just want to say thank you for what just happened!” I was sincere in my appreciation, yet entirely unprepared for what followed.

Without skipping a beat, the older gentlemen looked me in the eye and said, “Talk to me in two weeks and let’s see how you feel about us then.”

I’m serious. He said that to me.

I pride myself on my wit, okay? I’m typically ready for just about anything. But in this moment, in a random bar in Dallas, an old man in a purple shirt caught me completely off guard and ruined me. Took me to the old school and gave me an education. I returned to Oklahoma a broken man.

But with his advice in mind, I began thinking about the seven games left on our schedule and decided to rank them based on the expected difficulty level.

While I only wish I could revisit that situation (I’ve come up with 8,348 comebacks I should have said), the only level of revenge I can have here is knowing I’m not most worried about TCU.

7. Kansas: This weekend at Kansas

Kansas is 2-3 so far and strikes about as much fear into my heart as a kitten. I refuse to fear a team with Montell Cozart at QB. (Don’t make me regret such a strong stance, Cowboys)

This is clearly one of those games we should start worrying about, as West Virginia played OU and Alabama incredibly well. Really just glad this game is at home, and hopefully the team is still upset about last season.

We’ve jumped them in the polls, but this is a terrifying game to play in Manhattan. Looked all over for a silver lining…luckily found this one: They only beat Iowa State by four points. Take what you can get.

I don’t know if I actually fear TCU more than K-State, or if the old man is still in my head. Regardless, this is a top 10 team and Trevone Boykin is apparently the real deal. Worried about what he can do with his feet against the Cowboy defense.

Things I don’t want to do: Go to the dentist, go grocery shopping, go to Waco to play the Bears. Something tells me they’re still upset about last season…but last season gives me hope, as well.

I get that OU lost to TCU and now everyone knows it’s possible…but this is a really good OU football team. To make matters worse, we have to travel to Norman to attempt the upset bid.

I’m putting my eggs in the “Have Boone Pickens offer Katy Perry a large amount of money to ruin Trevor Knight’s life” basket. But we could also beat them straight up, sure.