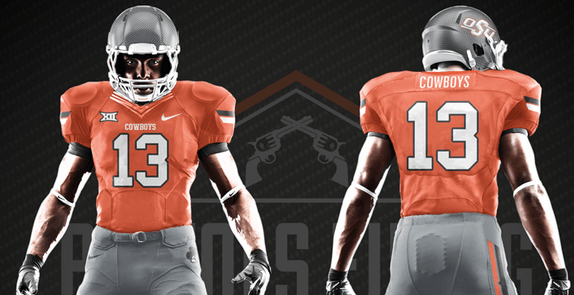 Editor’s note: We’ve a new uniform connoisseur which many of you will be pleased about since you think of my uni rankings in the same way OU fans think of stores that aren’t Wal-Mart (stupid!)

Justin Southwell — a former OSU wide receiver — will be joining this year to weigh in on uniforms and a variety of other things. Here’s his first full post.

Also, a monster thanks to Chris Knox for the incredible photoshop work (PFB logo in the background!)

There are 22 uniform combinations OSU hasn’t worn yet that I really want to see. Here is the second set of five (you can see the first set here). 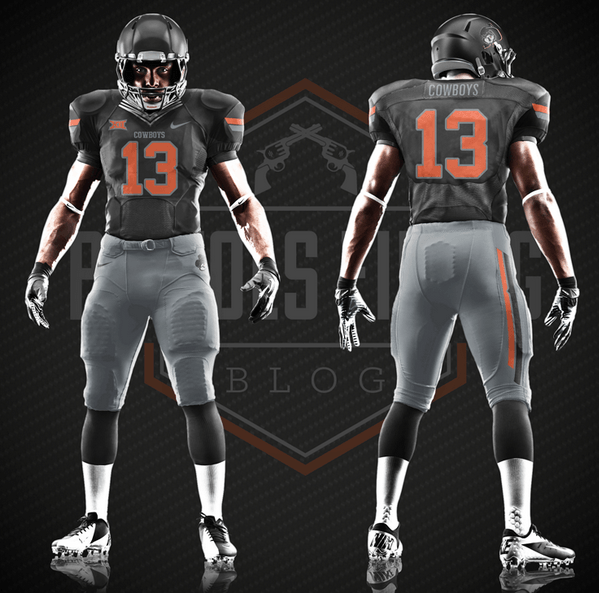 I know, I know.This is basically the same thing that we wore against Kansas last year. Black and gray: isn’t this what the Phantom Pete helmet was made for? 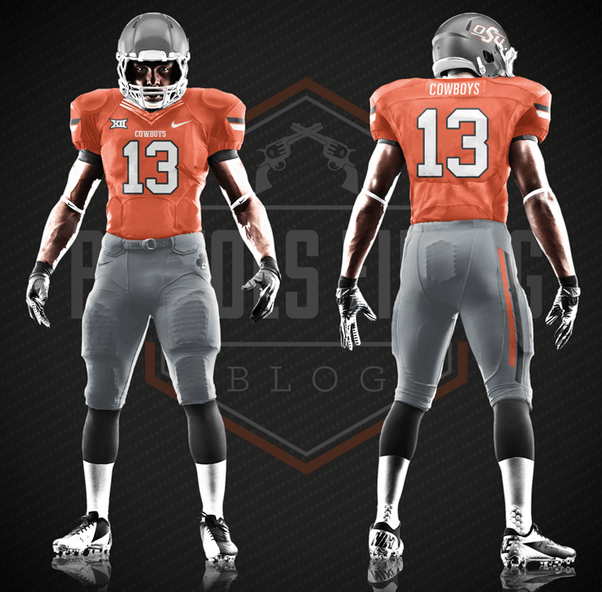 The Baylor 2011 game with better lids. 49-3 at the end of the 3rd quarter Part II. When I read comments, I feel like I’m in the minority. Outspoken fans seem to hate gray. I love it. But gray and orange isn’t a very good aesthetic. 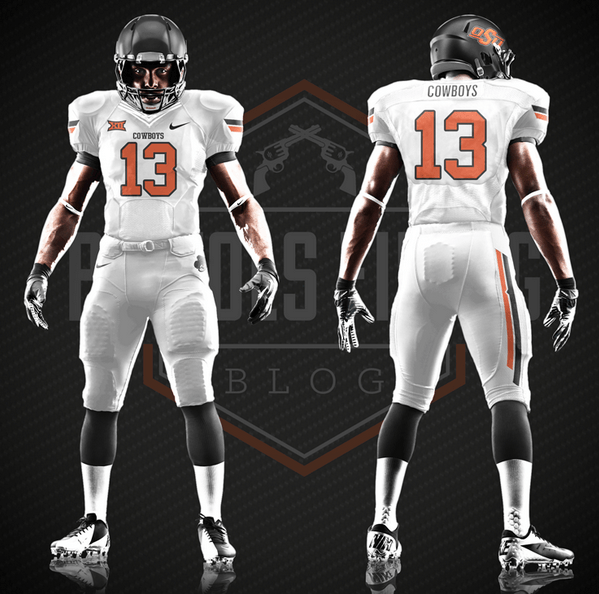 Your basic road uniforms from the early ‘80s modernized. Nothing special really, but I think the simplicity about this says “Road Warrior.” 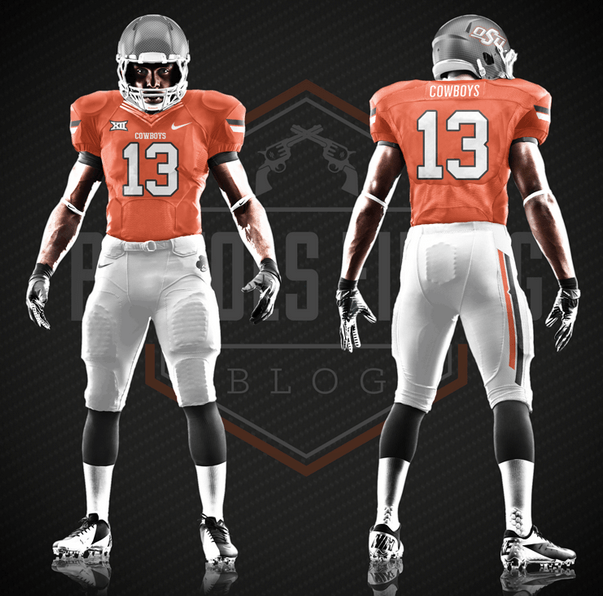 I really like when the pants match the color of the jersey number. Just take the classic look of the jersey and pants, add the modern carbon fiber, and you’ve got a great look for a non-conference home game. 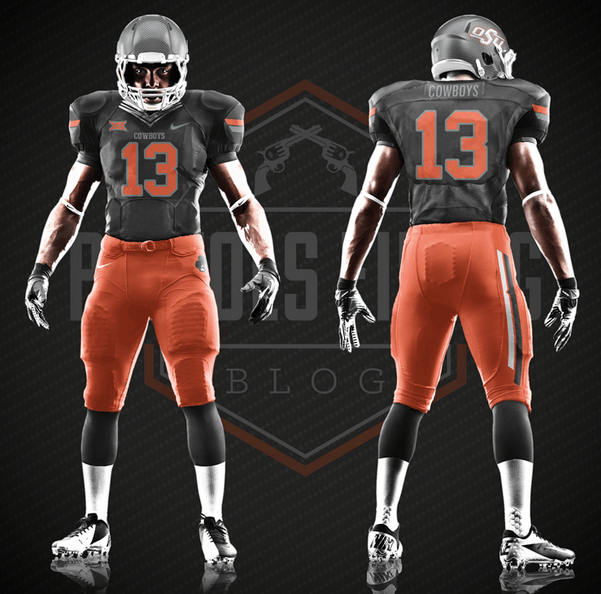 Tri-colors are starting to look a little better now. I took my all-time favorite combo (Black-Black-Orange) and topped it with the carbon fiber. I thought I would like this more, but the combo didn’t make it into my top 10.