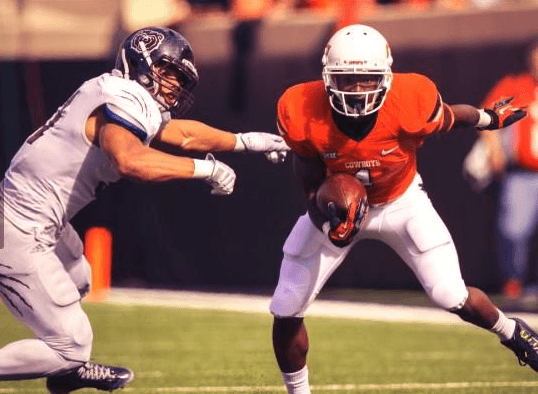 I loved this quote from Ra’Shaad Samples in the Oklahoman over the weekend on whether or not he was the fastest guy on the team.

“Tyreek (Hill) came, and I seen that guy run, and I ain’t never seen anything like it. I went, ‘Whoo, he fast.’ He is really fast.”

Of course everyone says this but it carries more weight from somebody like Samples who at least knows what it’s like to reside in The Freek’s neighborhood.

Plus I love how he put it. “I ain’t never seen anything like it.”

“Before I’d argue with people about it. I’d be like, ‘I’m faster than you, I’m faster than you.’ But not even with Justin (Gilbert). Justin was faster. So those two guys are probably two of the fastest guys I’ve seen.”

I’d pay good coin to see a race between all three.