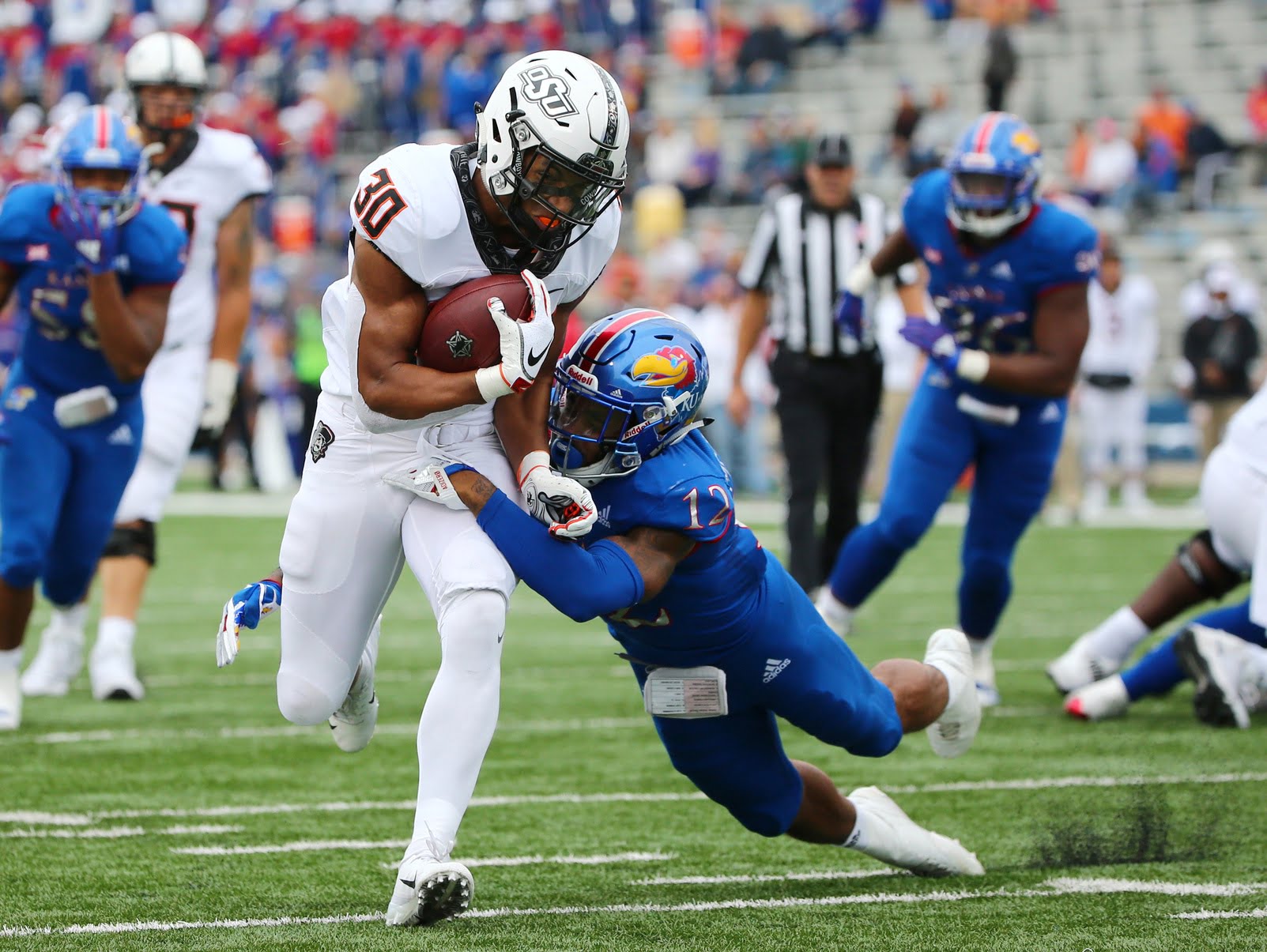 Now, on to this week’s player comp.

First off, I promise I did not want to include a former Sooner in any of these comparisons. However, this is where I landed for Hubbard. When making a comparison for the three-time Canadian 100-meter dash national champion, the first thing I was looking for was speed.

With Murray, not only did he run the 100-meter dash at Bishop Gorman High School in Las Vegas, but his speed translates to the football field.

Murray, who was clocked at 4.41 in the 40-yard dash at the NFL Combine, is also very similar in size to the young Cowboy running back. The former OU standout was listed at 6-0, 190 pounds his freshman year, which is very close to Hubbard’s 6-1, 190 pounds he was listed at a season ago. Murray entered the NFL at 6-0, 213, which I think would be an ideal weight for Hubbard who currently weighs 207.

Not only was Murray fast, but he used his tall, muscular build to run the ball with strength inside and almost always finished runs falling forward. That being said, we’ve already seen Hubbard’s strength off the field, so we know he has was it takes to run with the same force Murray did in his career.

They are also both very skilled in the return game, as we saw Hubbard almost break one earlier this year against Missouri State.

And, we saw Murray take a couple to the house in his OU career, including this one against Tulsa.

Both players are such smooth runners, it almost looks like they aren’t moving very fast. Even though these two have the size and strength to run through defenders, neither guy is afraid to hop over someone when the opportunity presents itself. We saw it from Chuba last week in Lawrence.

And, here’s a clip over Murray leaping over a Dallas Cowboy defender as a Philadelphia Eagle.

In addition, once either of these guys gets past the first line of defenders, they can use their speed to bounce plays outside for big gains.

Murray was a skilled pass blocker in college and you would love to see Hubbard excel at that as well during his Oklahoma State career. Murray was also an excellent receiver in both college and the pros.

Hubbard hasn’t been thrown the ball many times, but I think he has the skills needed to make a significant impact as a receiving threat. You would love to see him utilized on a wheel route like Murray was in the clip below.

Something Murray struggled with at times in college was his overall vision as a running back. He had the tendency to want to break his runs outside too soon, or when it wasn’t necessary due to holes being open inside. Hubbard will need to ensure he doesn’t let his blazing speed lead to this mindset. From what I’ve seen so far, I don’t think this will be a problem.