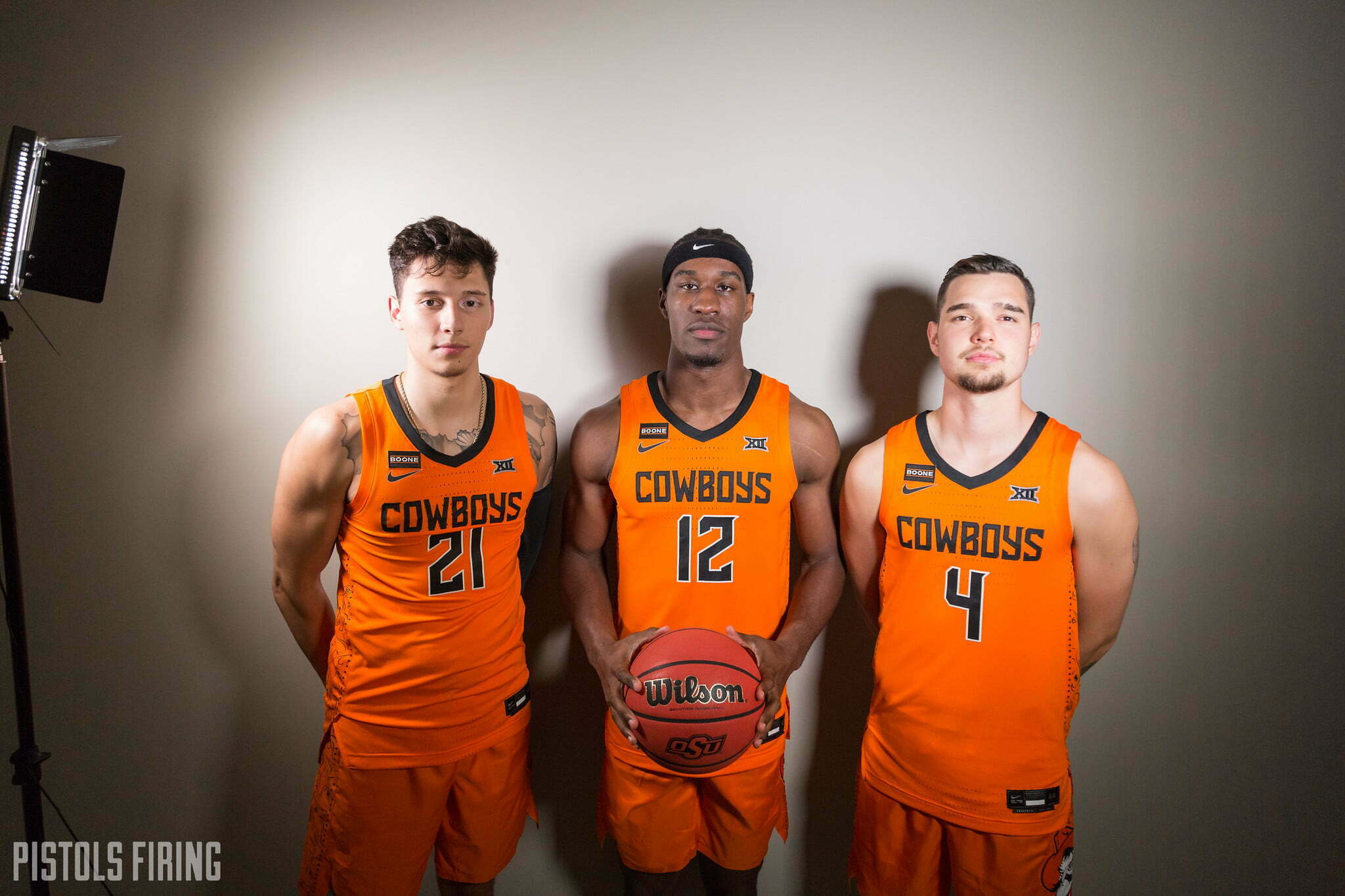 I got a fun question in my Twitter DMs on Thursday, that I thought I’d address in a post.

James asked if I could add Lindy Waters, Cameron McGriff or Thomas Dziagwa to this season’s Oklahoma State basketball team who it would be. Let’s break it down.

Let me start in saying that I think Cameron McGriff is the best pure basketball player among the three. If I started a roster from scratch with one of these three, I’d start with McGriff.

However, I think it’s obvious that OSU’s current roster could use more 3-point shooting to clear the lane for the myriad slashers Mike Boynton has, whether it be Cade Cunningham, Isaac Like or Matthew-Alexander Moncrieffe. Thus, I’m taking either Waters or Dziagwa.

If you’ve been around this website or our forum for any period of time, you’ll know that I’m a Dziagwa truther. He was good for what he was at OSU, a college sniper. Coach reshufflings and roster turnover asked Dziagwa to step well out of his comfort zone, but imagine a Dziagwa being a role guy on this talented of a roster.

I’m not going to put my proverbial chariot ahead of my proverbial horses, so let us look at some stat comparisons between Dziagwa and Waters.

OK, a little bit to unpack here. I chose the 3-point stats because that’s what OSU would primarily need out of either guy. OSU has two guys shooting better season percentages than those Waters’ and Dziagwa’s career percentages in Cunningham (44%) and Likekele (41% on just 17 attempts).

I don’t think it’s surprising that Dziagwa had more makes and attempts than Waters in college, but it is a bit surprising that even with all of those attempts, he was able to shoot a slightly better percentage. Still, Waters was no slouch in this category. I recently watched his four 3s in the final minute of that Texas Tech game his junior season, and it was perhaps the best minute-long stretch of shooting from any Cowboy in history.

I chose to look at the steals stat because defense is important. However, OSU has plenty of capable defenders among its guards in guys like Likekele, Rondel Walker, Avery Anderson and Bryce Williams. So, it’s not like either Waters or Dziagwa would have to match up with an opponent’s best guard (though Waters did a lot the past two seasons). The steal stat clearly favors Waters, who was concretely the better defender of the two.

Lastly this assist stat probably means the least. On this current team, neither of these guys would be initiating offense or running a ton of pick-and-rolls. They would be on the wing or in the corner keeping a defender away from Cunningham, and if said defender went to Cunningham, they’d be asked to hit a 3. Still, ball movement is important. If someone gets rotated onto Waters or Dziagwa, they need to be able to find the next open guy. Waters’ assists are probably a bit inflated, as he played a good bit of point guard his junior season when OSU had just seven scholarship guys. Still, Waters is the better passer.

So, as much as I want to say Dziagwa, I think I have to go with Waters. He is taller, longer, a better defender and can still stroke it from 3. His jump shot form is underappreciated. It was one of the cooler looking jumpers in recent OSU history.

So add Waters to this bunch and let the TV commentators talk about how he was high school teammates with Trae Young one more year.