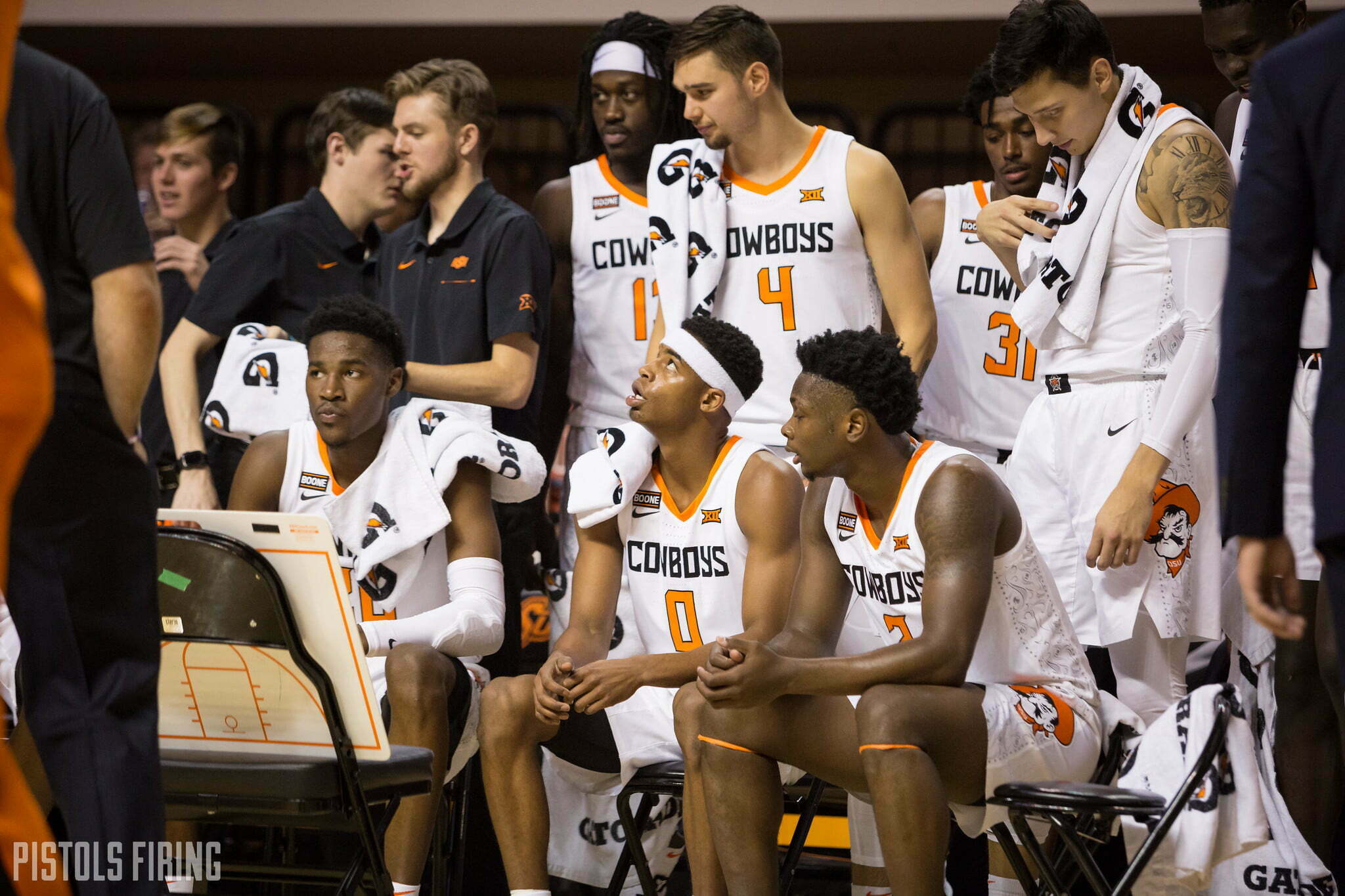 It’s been a wild week on this here website, and I thought we would cap it with some of your thoughts and questions. I got two good ones yesterday and decided to answer them here. Let’s go.

I noticed on Marshall’s five thoughts last night, there were a couple comments about the team, and the seniors in particular, not being very engaged, not very enthusiastic, etc. I found that kind of interesting because, honestly, I was a little concerned about the mindset of this team – especially the seniors. This team has a LOT to look forward to – a LOT to play for, and these seniors have given so much to this program.

However, we’ve all been in a Cade Cunningham/Bryce Thompson fog for the last few days. I wonder if it’s impacted them some. I wonder if they kind of feel like, “Hey – what about US!?!?” Hope I’m wrong, but I hope even more that it’s not an issue for this team. Lindy, McGriff, and Dizzy are rare cats these days – four-year, solid guys. I hope we give them the love they deserve. Thoughts…anyone? -Clint C.

This is a great point. Lindy in particular stood out to me on Wednesday as seeming a little disengaged at times. They’re in the toughest spot. Not part of what will be and not much to speak of about what was. The good part of this is that Boynton has done all the hat-tipping of and fist-bumping to these three that he possibly can. The question for me is whether any of us will be able to focus on this season. Even when Carson and I taped our pod on Thursday afternoon, we found ourselves gravitating toward 2020 rather than talking about the ORU game from Wednesday. It’s going to be a battle all year, but I’m with Clint about Lindy and Co. deserving a good sendoff (into the tournament?) this season.

The following week both teams would be in the top six in the country in their respective sports’ polls. The Big 12 football title, big-time bowl, and also a Final Four were not even pipe dreams, but somewhat realistic. We all know how it turned out from there, and no one wants to relive that. But the question I have is this. I know FB was there for two weeks in 2015 and one in 2017, but when will they ever be there at the same time again? Or this: Who gets there first from this point forward? -Brian J.

Whooo boy, what a question.

I think maybe they both get there on November 15, 2020 after Spencer Sanders puts up his fifth-straight 300-100 game, and Chuba (following our alteration of his working visa paperwork) goes for 195 on West Virginia to top 2,100 for the year as OSU rolls to another 10-0 start. All of this following three consecutive 30-point outings from Cade against a who’s who of mid-majors with a showdown against Kentucky on deck over Thanksgiving at the NIT. This all feels very reasonable and normal, right?

In all seriousness, though, if I had to bet my life on it, I think I’d bet on football. There’s a world in which they end this season 9-4 with a little Sanders momentum into 2020. Then they get this slate going into Bedlam in late October. 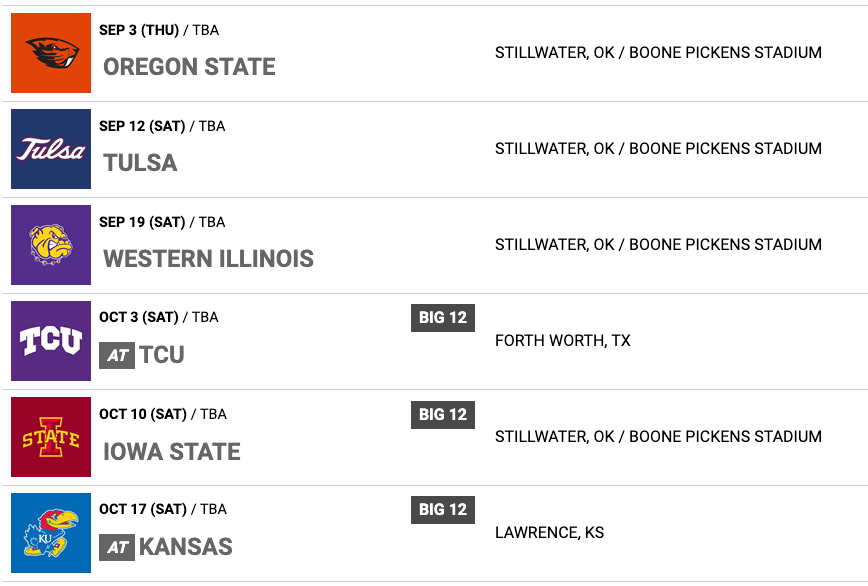 Run that, and beat OU and you’re probably in the top six-ish. All of this before hoops even starts next year. Remind me of this when Bryce and Cade are slaying everyone in sight, Mighty Ducks-style in January-March of 2021 and rise to No. 3 in the nation while Mike Gundy is collecting three stars from Enid and DeSoto.