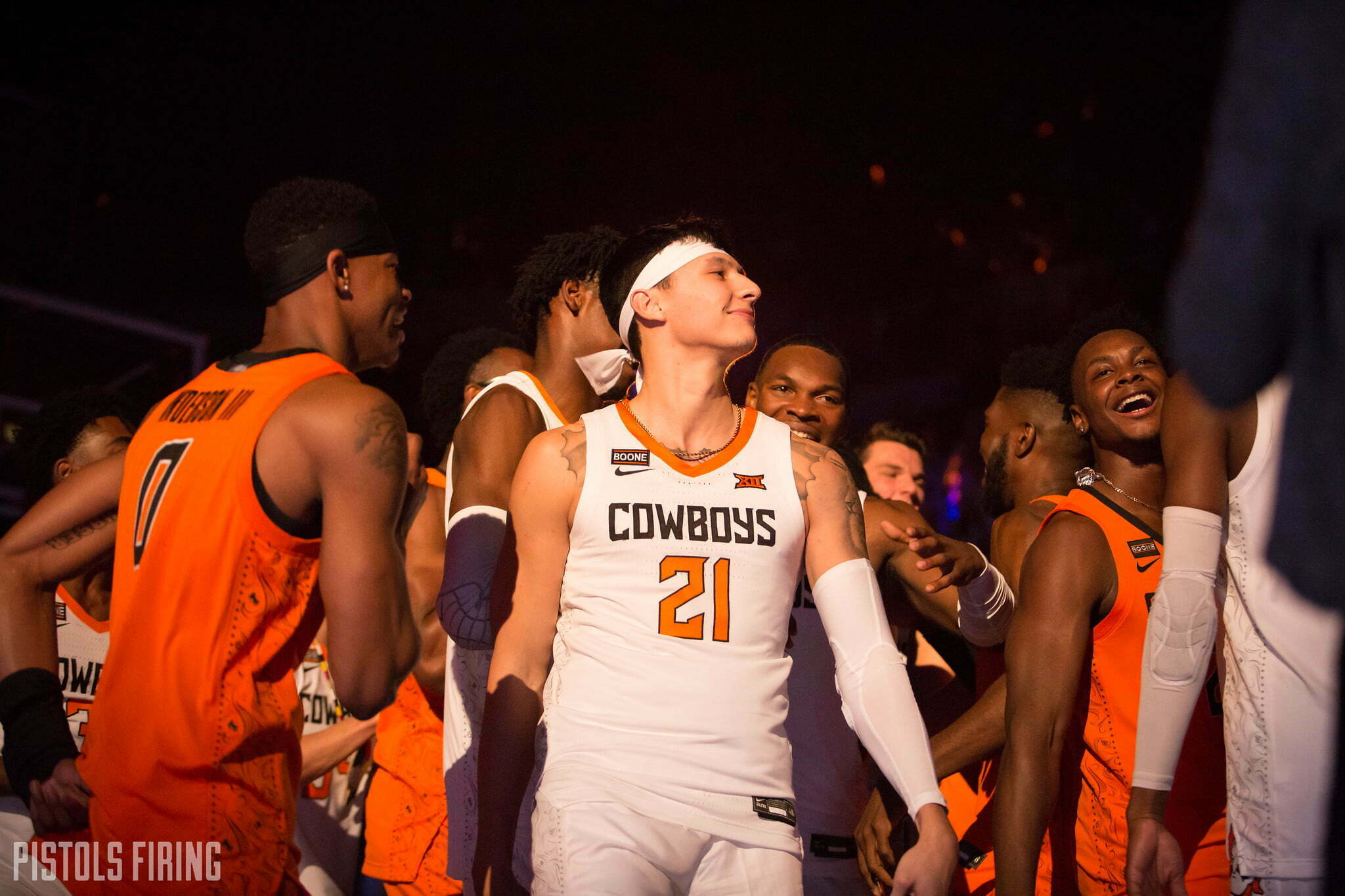 Cam McGriff, Lindy Waters, Thomas Dziagwa. They won’t go down as three of the best players to ever play at Oklahoma State or three of the most accomplished, but they might be three of the most appreciated. I think it’s easy to forget the roller coaster they’ve been on for the last four years, but Mike Boynton reminded everyone on Wednesday at Big 12 Media Day.

“Before they arrive on campus, Travis Ford is gone, new coach, they show up on campus to a different philosophy, different way of thinking,” said Boynton. “Fortunately for them they stuck with the process. They go through that summer. We unfortunately lost one of their teammates that summer, as you can remember. They experienced a lot before they ever played a college basketball game.”

I actually briefly forgot about that. Can we have a moment for just how insane the last 10 years of Oklahoma State basketball have been.

“One year later, I can speak to this because I lived it as a player, they’re probably just getting adjusted to college basketball at the end of their freshman year. They wake up from the day after the NCAA tournament game, and the coach that they actually played for their first year is gone.”

“Before they can get to their second year in college, they’re now figuring out who the next coach is, the third coach in their short time as college basketball experienced guys. I talk about their character. … Because now they’re going to be coached by a guy who never coached a college game before as a head coach, they never flinched, never stopped believing in each other or our program. They’ve given everything they could to Oklahoma State.”

Mitchell Solomon was certainly the bridge here, but hopefully we’ll look back on these years with appreciation when OSU is pumping out Sweet 16 teams four years from now. Hopefully.

“I’m really excited I’ve been a part of this journey with them. I’m really excited to see how this story ends. I believe it will be a really good ending for them. I know that all Oklahoma State fans can be proud of the way they’ve represented our program, and their families can be proud of the way they represented their families.”

Undoubtedly. Marshall Scott wrote a good notebook on what went down at B12 MD, but the other quote from Boynton that popped to me was this: “It’s been an enjoyable summer after what was a pretty frustrating year for our program last year. We’re excited about moving forward. We feel like our program is on track where we thought we could be at this point when I took over in the spring of 2017.”

And then the crown jewel.

“In my mind, I have a responsibility as the head coach at Oklahoma State to hold the program’s standards, to protect the integrity of the people who have basically come before us, who are very proud to know that Oklahoma State has been a great program over the course of its time. Maybe had a tough up-and-down stretch the last decade or so, but a program that they should be proud of.

“The first-ever back-to-back national championship basketball program is Oklahoma State University. I’m not lost on that. We can achieve at that level again, but we can’t take shortcuts in doing it. We have to continue to keep the standards high, keep people accountable when necessary, and keep bringing guys in who understand what it takes to get us back there.”

That kind of stuff makes Mike Holder weak in the knees. Now Boynton just has to produce the Ws to show he means it.