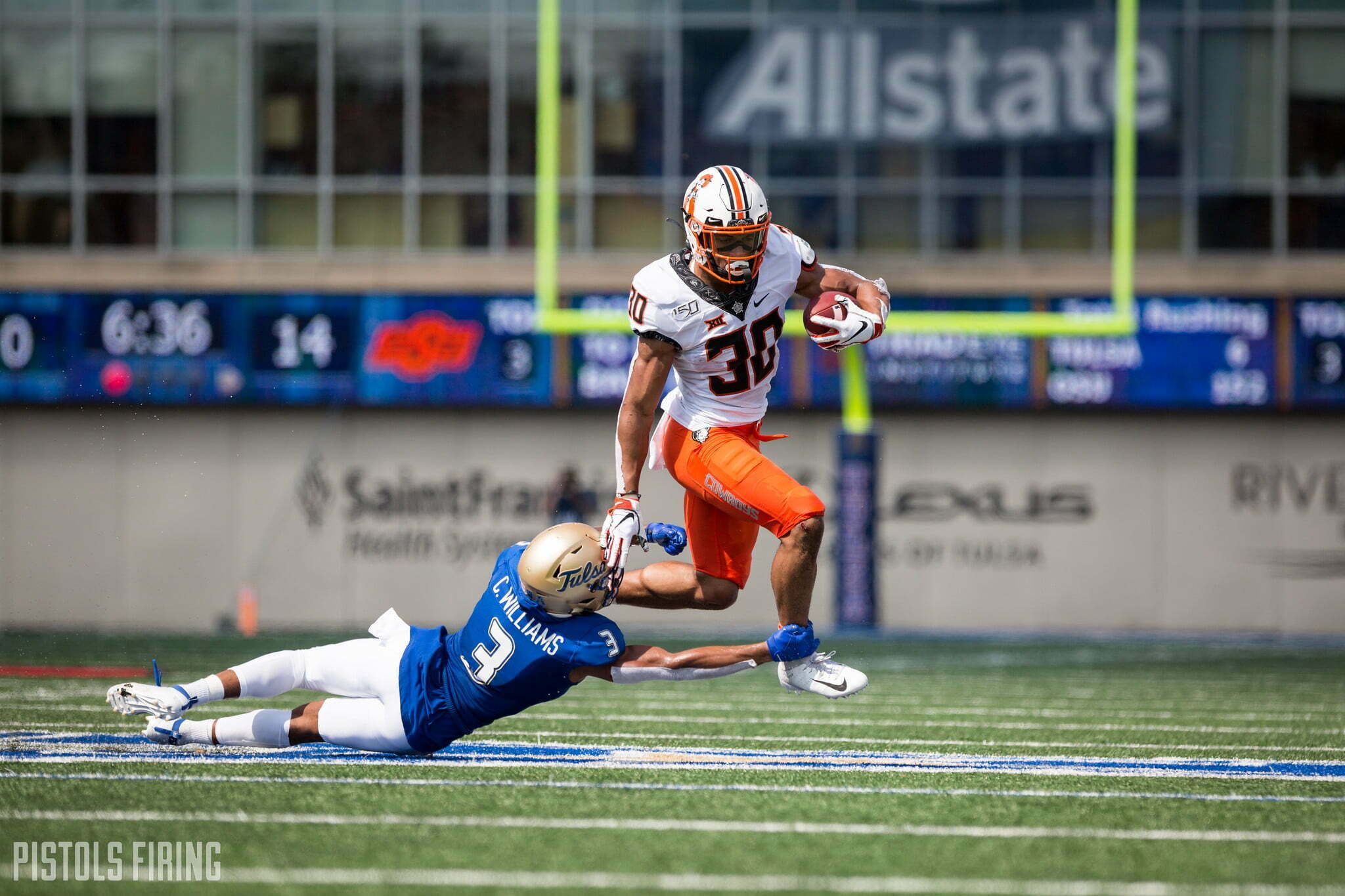 I got this excellent email from a reader this week and thought I would share his thoughts (and mine!) with everyone.

I’m going to wait until after the bye week to really consider #Chuba4Heisman but right now I’m just concerned that we don’t throw him the ball. Sure, we basically don’t throw the ball to anyone not named Wallace either, but shouldn’t we be seeing some screens, swings, and wheels?

RBs so far this year have caught just 4.5 percent (a grand total of four btw) of completed passes, and all of those RBs are Chuba.

I would like to think we learned from not using Tyreek enough in 2014 to at least ask the question: Why isn’t Chuba involved more in the passing game and how can we get him there? Is it more that he’s there and open, but Wallace or Stoner are more open? Thanks for all y’all do on the site. -Daniel R.

This is a great question and something I’ve noticed as well! I don’t know the specific scheming reasons here, but I do think the broader reason is mostly a function of Spencer Sanders’ inexperience.

I would guess the majority of those 12 percent of catches from Justice and Chuba in 2017 and 2018 were on check-downs where the play broke further down the field. Maybe a handful of them were called screens or inside passes or whatever.

Regardless, Sanders doesn’t check down very well for a couple of reasons. The first is that the game looks like it’s 2x speed for him right now. The second is because he doesn’t need to. That is, when plays break down for him, he’s more likely to take off than Rudolph or Cornelius (this is like saying Gundy is more likely to use a comb than Boynton, I guess, but you get the point).

Now whether he should be taking off instead of checking down is a different story. Chuba in space is terrifying on all of the levels, and sometimes checking down provides the most space.

OR you could even line Chuba out wide like the Chiefs do with Tyreek and have him run wild on the edge out there.

The more Chuba is spread out the harder it is for a defense to figure out where he’s going to end up, and thus the more scary he is as a weapon in Oklahoma State’s offense. If it’s even possible for someone who just put up 296 on 25 carries against a real defense to be more scary.

Also, I asked our Xs & Os guy, Dustin Ragusa, and here’s what he said.

A lot of the passing plays have involved play action, as well as play-action roll outs, and RPOs. The running back isn’t normally involved as a pass option on those.

Also, as we’ve seen, Spencer would prefer to give Wallace a chance, even when he’s covered, as opposed to dumping it down. So, basically, all the receivers besides Tylan aren’t getting many targets, meaning Chuba isn’t either. As we saw last week where McCray got zero.

And the running back isn’t a pass option in play action and RPOs normally because the fake is going to him, especially in an RPO since the line is blocking run, Spencer has to throw to the pass read quickly (or there will be an ineligible man downfield) so the running back is never the throw there.