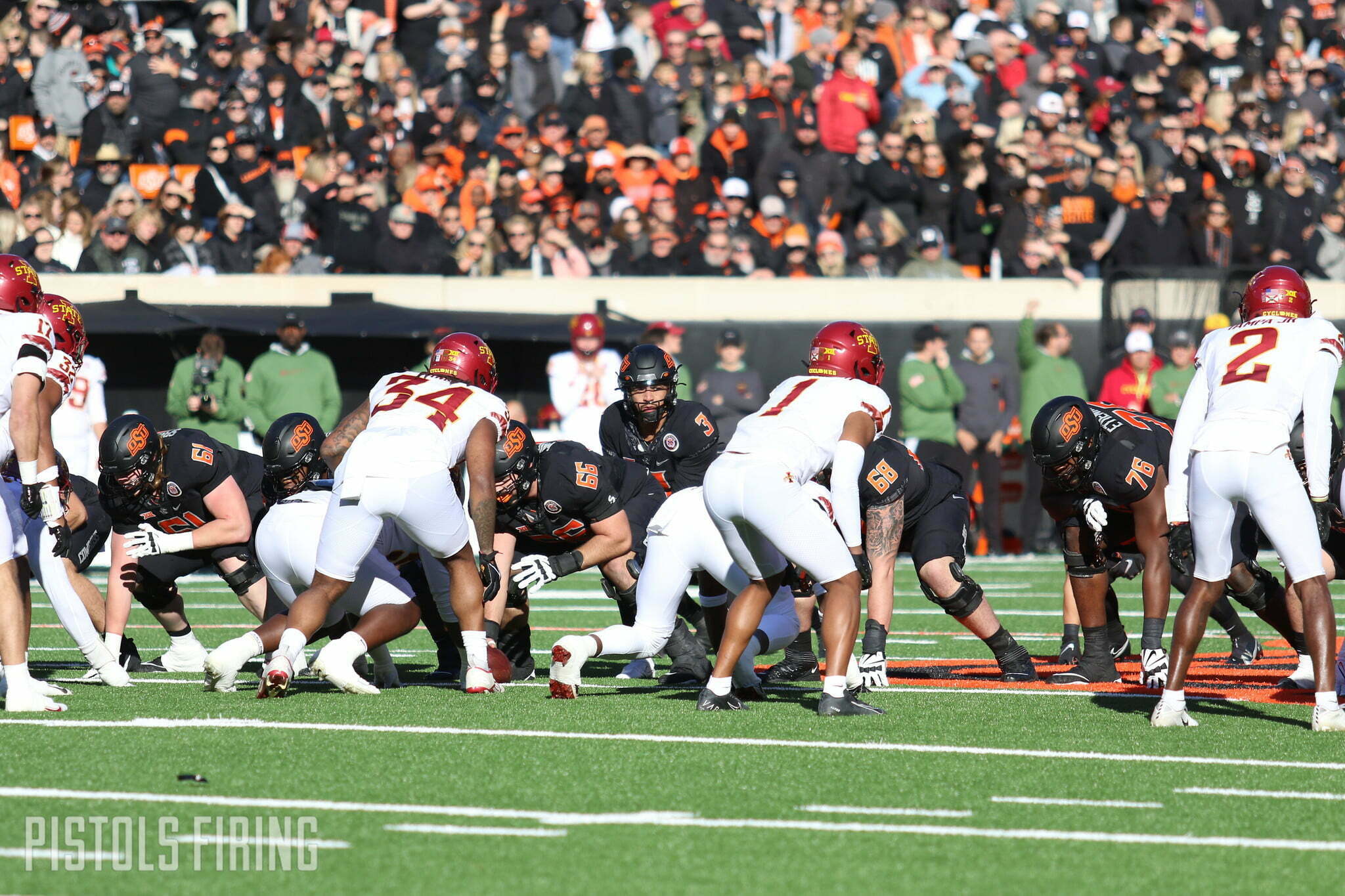 I don’t think you could script a crazier way for the Cowboys to win their 14th-straight home game, and I’m not sure Mike Gundy would want to.

Oklahoma State defeated Iowa State 20-14 thanks to some tough defense and the late-game heroic return of its all-conference quarterback.

Spencer Sanders left the Cowboys’ road game against Kansas State with injury and did not play on the road trip to Kansas. OSU’s offense was anemic at best without him on the field and the Cowboys went 0-2. For the first three quarters on Saturday, it looked like that trend would continue.

After true freshman Garret Rangel got his shot last week in Sanders’ absence, Gunnar Gundy got his shot this week. In his first career start, Gundy went 5-for-12 on pass attempts for 103 yards and a touchdown. That 83-yard dart to John Paul Richardson made up the majority of Gundy’s yards. But he also threw two interceptions. The second came in at the end of the third quarter with the Cowboys trailing 14-10. Iowa State quarterback Hunter Dekkers threw one of his three interceptions on the very next play, but it was Sanders who came to the field sending the home crowd in Boone Pickens Stadium into a frenzy.

With Sanders behind center, OSU is a different animal. The Cowboys were 0-for-10 on third downs before Sanders’ first drive. And this is what they were missing.

Sanders found Jaden Nixon for a dump pass over the defense to put the Cowboys on top. Sanders went 7-for-8 on that drive for 65 yards and this score.

The Cowboys’ defense kept the crowd hot forcing a three-and-out on the next possession. It all started with Collin Oliver but he wasn’t finished yet.

The Cowboys settled for a field goal to go up 20-14 with just over five minutes to go. Iowa State conserved its timeouts and the Cowboys chose to punt with 2:09 on the clock setting up a nerve-wracking would-be game-winning drive for the Cyclones. Iowa State made it to the OSU 23-yard line but the Cowboys’ defense bowed up once more with a nice play by Korie Black to save a potential game-winning TD.

And then Mr. Oliver sealed the deal with a sack, a la Bedlam last year.

After forcing just nine in nine games coming in, the Cowboys’ defense forced five turnovers against Iowa State. Hunter Dekkers did lead the Big 12 with 10 picks coming in. He added three more to his total in Stillwater.

Despite the late injection of Sanders, OSU’s offense totaled just 244 yards and 57 on the ground. OSU averaged 1.6 yards per carry. Dominic Richardson was the only Cowboy to rush in double digits, totaling 41 yards on 12 attempts.

Kendal Daniels and Sean Michael Flanagan each recorded 10 tackles and 1.5 tackles for loss. Daniels also had an interception and a forced fumble. Jason Taylor II and Jabbar Muhammad each had picks, as well.

Next up, it’s Bedlam week. The Cowboys head to Norman to try to keep a 5-5 Sooner squad bowl ineligible.