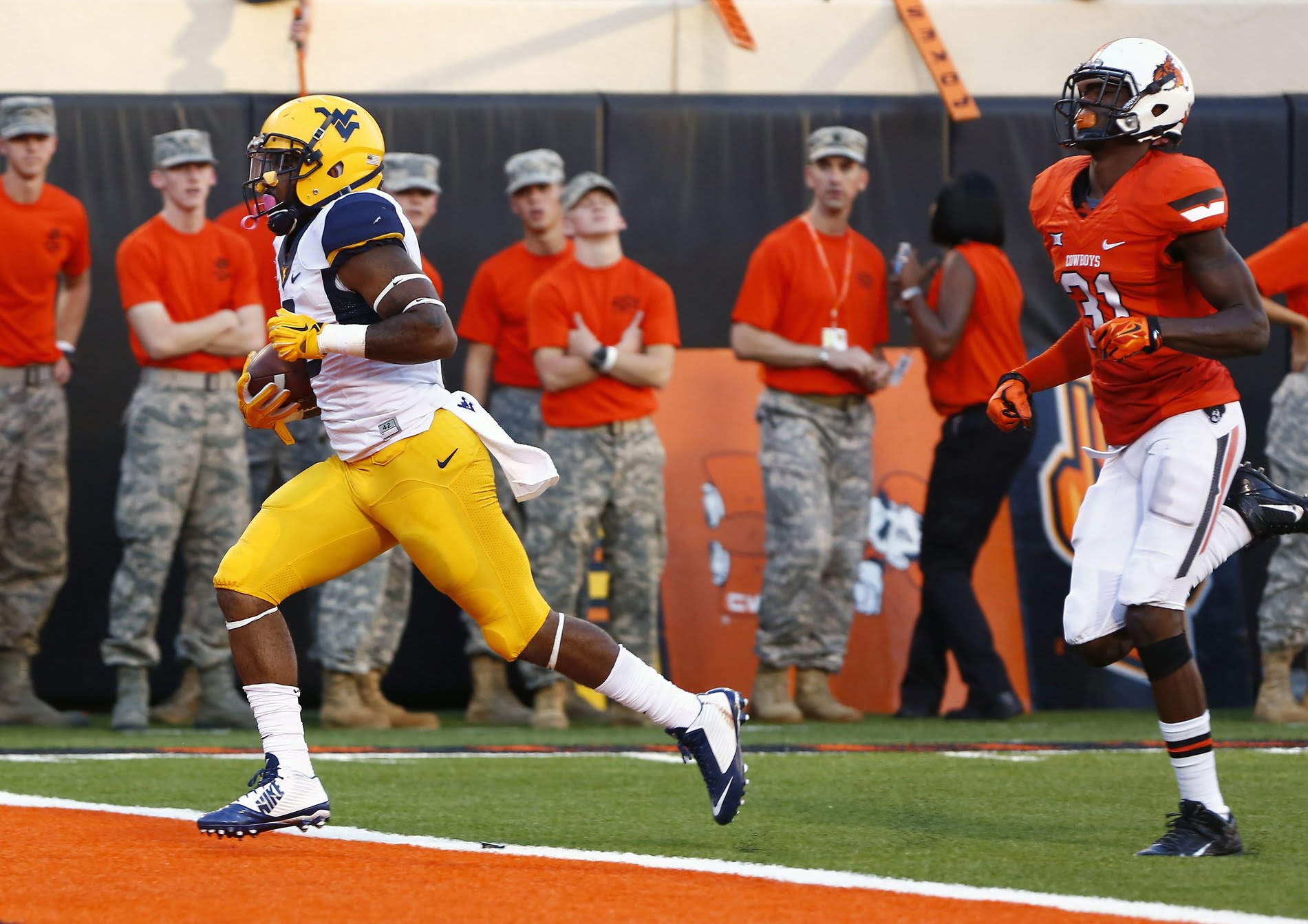 It was another ugly week for Oklahoma State within the context of the Big 12 title race. TCU, WVU, and Kansas State all distanced themselves from the pack and the Pokes were left picking up the pieces.

This game was sort of like the situation where two brothers come home for Christmas, and one is about to graduate with honors while the other is still living on his friend’s couch down the street.

West Virginia could legitimately win the conference, and Oklahoma State might not win another game. It sounds bleak and pessimistic, but the Texas game is a toss-up and the Pokes aren’t beating Baylor, K-State, or OU on the road playing like they have been.

The Cowboy offense sputtered all day, only putting up 10 points and turning over the ball twice. Daxx Garman threw for 242 yards and one touchdown (the only touchdown), but also threw two interceptions, including this pick-six to essentially seal the deal for the Pokes.

The Mountaineer offense wasn’t exactly spectacular, however. Clint Trickett only threw for 238 yards, by far his lowest total on the year.

West Virginia running back, Wendell Smallwood, had a good day on the ground, rushing for 132 yards which was also a career-high.

I thought the Oklahoma State defense played just about as well as anyone could expect them to. Take away the pick-six and the late touchdown run by Dreamius Smith (which the Cowboy offense set up), I would call giving up 20 points to the Mountaineer offense a solid performance.

Jordan Sterns went absolutely bananas. Racking up 20 tackles at any position is incredibly impressive, but from a secondary position???

His performance was one of the few bright spots for a Cowboy team that looked very lackadaisical, which should never be the case.

It seems like the only exciting storyline left this year is whether or not Mason Rudolph will take meaningful snaps. Buckle up, it’s going to be a bumpy ride.

Just as we all thought Texas was figuring it all out.

This was the first time Charlie Strong has ever gotten shut out as a head coach, and of course it came at the hands of Bill Snyder.

Per the usual, the Wildcats didn’t put up gaudy numbers but they made the plays that had to be made. Jake Waters had a solid day, throwing for 224 yards, while also battling a nagging left shoulder injury.

The K-State defense played incredibly well again, which has become a staple for this year’s team. The Longhorn offense marched down the field a few times, but both drives ended without anything to show for them.

Tyrone Swoopes only threw for 106 yards, and looked much more like the quarterback we saw early in the season.

I also saw this on Twitter, and any meme involving Bill Snyder is a meme worth sharing.[1. Ed. note: I totally agree.] That is absolutely insane, especially against a power five opponent. Trevone Boykin threw for 433 yards (a career high) and 7 touchdowns (a school record), while the Horned Frog offense racked up 785 total yards.

TCU also had two players go over 100 yards rushing, and 14 different TCU players caught a pass. It was the most points scored by an FBS school since Oklahoma State hung 84 on Savannah State in 2012 (as Wes Lunt checks the OSU offensive output every week and laughs).

It looked like it could be a shootout early as Davis Webb connected with Kenny Williams for a 57-yard touchdown less than a minute into the game. However, TCU began the onslaught in the second quarter and it just got worse from there on out.

As if things couldn’t get worse for the Red Raiders, it looks like Webb could be out for an extended period of time with an apparent ankle injury.

This season is starting the, “How much longer does Kliff Kingsbury have?” discussion. I think this is really unfair at this point due to the fact that he hasn’t had a full year with his recruits.

Oh well, sports seem to breed irrational thinking in all of us. 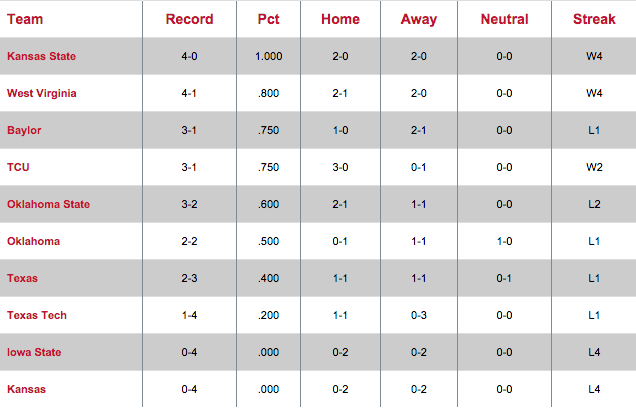