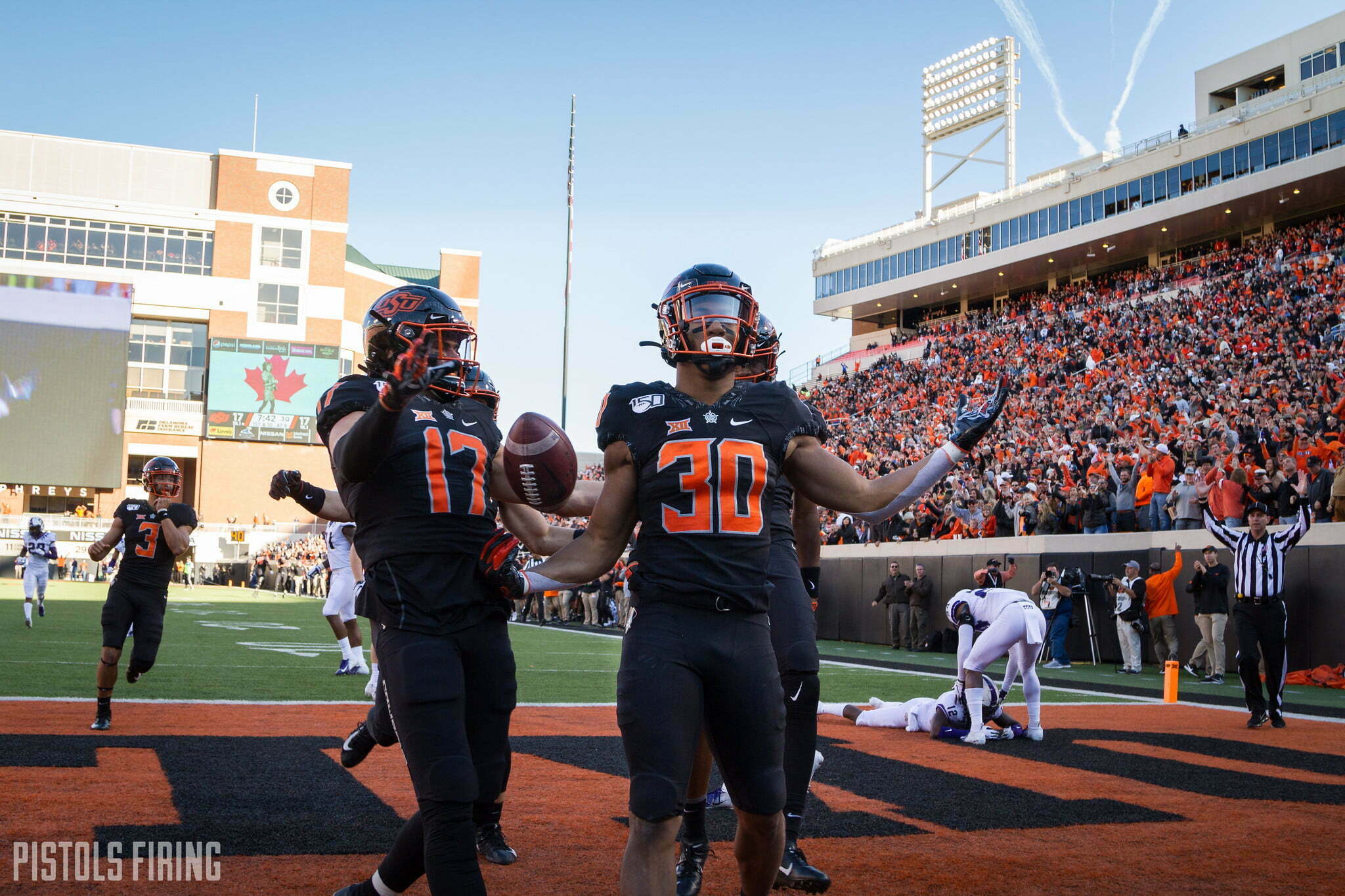 Modern Oklahoma State is thought of as a passing team, and when history looks back at OSU’s rushing dominance, it points straight to Barry Sanders.

However, the Cowboys have had plenty of other inspiring rushers to trot through Boone Pickens Stadium and Lewis Field. Recent running back pledge Jaden Nixon even referred to OSU as Tailback U.

An interesting note: the two non-Chuba seasons on this list came in back-to-back years with the most recent year having more yardage that in the year before. Is OSU going to run for more yards in 2020 than it did in 2019?

Hunter’s yardage was the ninth-best rushing season in all of OSU history, and it ranks second since 2000 behind Chuba Hubbard’s 2,094 this past season.

Keith Toston and Zac Robinson each surpassed 500 rushing yards in the season. Toston ran for 686 yards and nine touchdowns while Robinson ran for 562 and eight.

In total, the Cowboys scored 38 rushing touchdowns that season, the most since the turn of the century.

The Cowboys finished this season 9-4 with a generational-defining win on the road against No. 3 Missouri.

The year before Hunter was the starter at running back, he was the third-leading rusher on OSU’s 2007 squad.

Dantrell Savage led the Cowboys in rushing in 2007, going for 1,272 yards and nine scores on a 5.7 yard per carry average.

It was Robinson’s best rushing season. He had 847 yards and also had nine scores. Hunter had 696 yards and four scores as a freshman.

The Cowboys finished a game above .500 this season thanks to a 49-33 victory against Indiana in the Insight Bowl. OSU also thumped Nebraska in Lincoln 45-14 that year. OSU led 38-0 at the half, the most points ever scored in a half against the Cornhuskers in Lincoln.

This one doesn’t take too much remembering with it just finishing up months ago.

Chuba Hubbard ran for 2,094 yards last season. That’s the most from any Cowboy running back since 2000 and the second-most in program history, trailing Barry Sanders’ NCAA record 2,850 in 1988.

Hubbard himself ran for 21 scores, as OSU ran for 27 in total. Redshirt freshman quarterback Spencer Sanders was the Cowboys’ second-leading rusher, running for 628 yards and two scores. LD Brown added 221 yards and another two touchdowns.

Since days feel like months during this pandemic, I’ll remind you that OSU went 8-5 in Hubbard’s wild-running redshirt sophomore season.

The last two seasons on this list happened in the Les Miles era of OSU football.

Vernand Morency burst onto the national scene in 2004 with his 1,474 rushing yards in 11 games. He ran for 12 touchdowns.

Another year before, this electric running season came off Tatum Bell’s back.

Bell ran for 1,286 yards and 16 scores, which included a 95-yard touchdown run against Texas Tech.

Morency nearly hit 1,000 yards himself, running for 918 and eight scores. Shaw was again the Pokes’ third-leading rusher with 363 yards and two scores.

The Cowboys went 9-4 in 2003, losing to Eli Manning and Ole Miss in the Cotton Bowl.

At the time, those nine OSU wins were the most the Cowboys had gotten in a season since they went 10-2 in 1988.