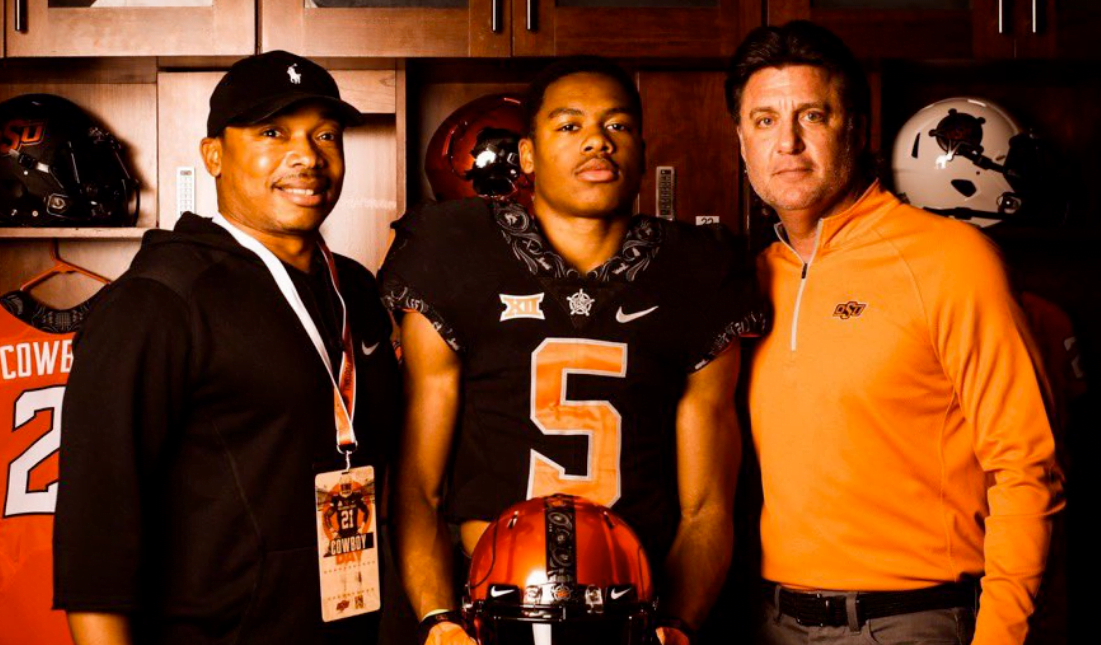 Oklahoma State’s perception as “Tailback U” — created by the likes of Barry Sanders and Thurman Thomas torching defenses over and over again in the 1980s — still remains a legitimate chip OSU’s staff can play in recruiting running backs.

“It’s Tailback U,” he said in an interview with Pistols Firing.

Nixon had other reasons to lean orange and black as well, outside the catchy phrase that’s enticing in itself to running back prospects hoping to one day make it big in the NFL. He had developed a relationship with the coaching staff that created a feeling of comfort with the program. He enjoyed every visit, the small-town feel of Stillwater providing a safe home-away-from-home vibe. Plus, his parents were once standout OSU athletes — and they even met at OSU. But attending Tailback U, as a tailback? That’s just icing on the cake.

“If I’m going to get a chance to go play in the NFL,” said Nixon, “then I know they can do that for me.”

Indeed OSU’s track record of sending running backs to the league is an impressive one. Barry Sanders. Thurman Thomas. Tatum Bell. Vernand Morency. Kendall Hunter. Even more recently, OSU’s had success with Justice Hill, Chris Carson and — soon — Chuba Hubbard. Those are just a few of the former OSU backs who made or are making a name for themselves as NFL starters or rotation pieces who were drafted and found some semblance of success.

It’s incredible that the Tailback U perception has held up, honestly. Having Barry and Thurman on the same team was like lightning striking twice in the same spot. But even with the wide receiver position emerging as a strength, with Dez Bryant, Justin Blackmon, James Washington, Tylan Wallace and others, the running back position’s strength — and the perception of its strength — remains a viable card to use in the recruiting process.

Even in this era many years later, it’s an important advantage. Nixon isn’t likely to be the only running back OSU takes in the 2021 recruiting class, with Logan Diggs, Cam’Ron Valdez and others still on the radar. It worked with Nixon, and perhaps it’s a pitch that others will be receptive to hearing in this class, too. Tailback U’s origins date back decades but remains as strong and impactful as ever.