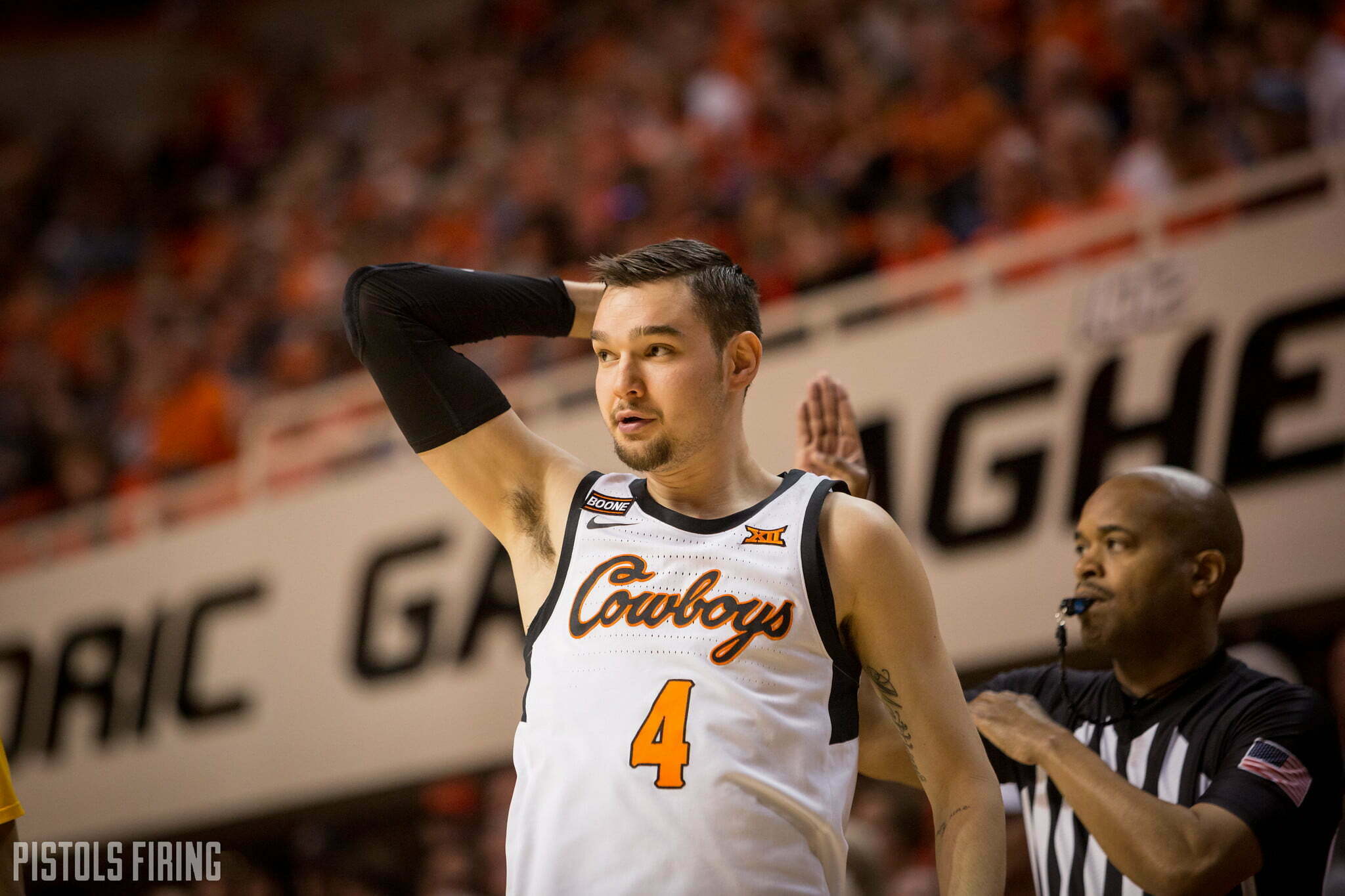 Depending on the day, either ruthless dunkers or 3-point specialists are my favorite types of basketball players.

Today we’ll take a look at the latter in our gander through OSU’s record book. Steph Curry holds the national record with 162 made 3s, a number he hit as a sophomore. But OSU has had plenty of sharpshooters in its history.

Randy Rutherford scored 724 points in OSU’s Final Four season, and 438 of those came from deep.

Rutherford knocked down a program-record 11 3s against Kansas that season, the most anyone has scored in Allen Fieldhouse. He also hit eight against Nebraska, tied for the third-most in a game in program history.

Rutherford averaged 19.6 points a game in the 1994-95 season, second on the team only to Bryant Reeves.

If there is a blemish of Rutherford’s senior season in relation to this list, it’s that the 41.8 percent he shot from 3 is the second-lowest percentage of the six seasons on here.

There’s an argument to be made that Brooks Thompson’s senior season could be the best 3-point season in program history.

Although Thompson made 37 fewer 3s than Rutherford, Thompson shot 47.2 percent that season. That’s the most of anyone on this list, and it’s the second-highest percentage in program history with at least 30 makes.

Thompson was the second-leading scored for the Cowboys that year with 16.9 points per game, again trailing Big Country.

Thomas Dziagwa’s junior year is the most recent season on this list.

Dziagwa scored 375 points as a junior, meaning all but 60 came from 3-pointers. That’s 84 percent of his points, and he shot 42.5 percent from deep.

Dziagwa’s season (and career for that matter) get pushed aside because it was a downtime in the program in terms of wins. OSU was just 12-20 in this season and didn’t even make the NIT.

The Pawnee Pistol led the Cowboys in scoring in what was his senior season at 17.1 points per game, outscoring Le’Bryan Nash and Markel Brown.

OSU didn’t play in a postseason tournament this year after finishing 14-18. Page hit nine 3s in a Bedlam game this year, though, and dropped 29 points in the loss to Oklahoma. The nine 3s are the second most any Cowboy has hit in a game in program history.

The only time OSU’s 3-point king hit the century mark was in his sophomore season.

On a team that boasted Nash, Brown and Marcus Smart, Forte was one of the most deadly fourth scorers in the country that season, as he averaged 13.3 points per game and shot 44.1 percent from deep with defenses focusing elsewhere.

OSU finished this season 21-13 and lost to Gonzaga in the first round of the NCAA Tournament.

John Lucas averaged 17.7 points a game (tied with Joey Graham for a team best) in this season and when he finished it, his 100 made 3s were third best in program history.

Lucas shot 43.1 percent from deep and helped lead the Cowboys to the Sweet 16 the year after making the Final Four.