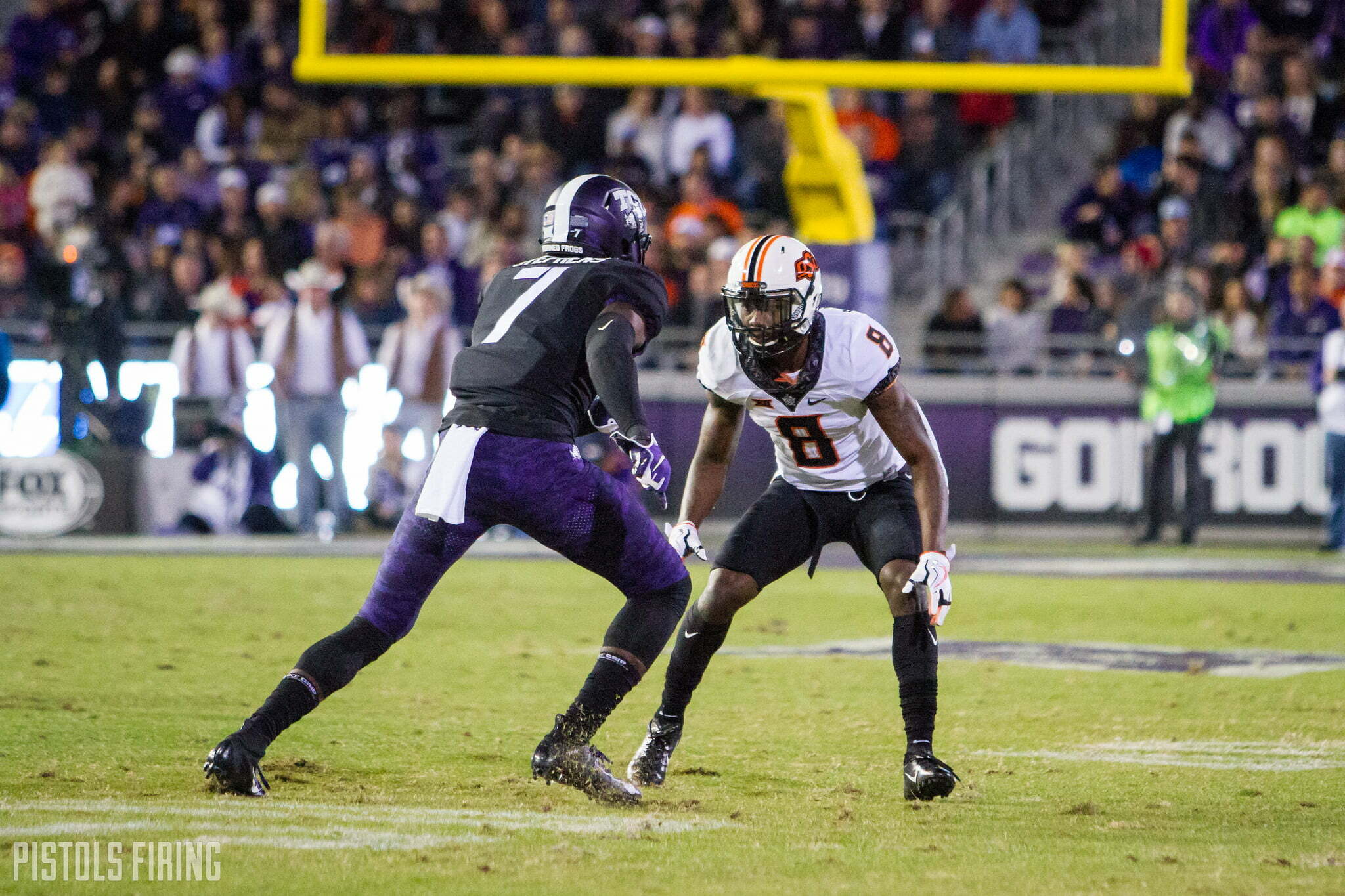 For the next post in my recruiting reset series, I wanted to take a look at the cornerback position for Oklahoma State heading into next season. Currently, the Cowboys are returning both of their starters from 2018 at this position, but who is behind those two on the depth chart and what does the incoming 2019 class have to offer? I’ll dive into this more below.

If you missed the first two parts of the recruiting reset series, you can find them here:

As I mentioned above, both A.J. Green and Rodarius Williams will return in 2019 as a senior and redshirt junior, respectively. Unless they decide to transfer (please, no more) or leave early for the NFL draft (the deadline to apply for eligibility for the draft is January 14), we will see both guys suit up again next season for the Pokes.

In addition, the Cowboys aren’t only returning their starters, but they also return everyone on the depth chart at cornerback.

Since there’s 12 players listed above, I thought I would go ahead and group them into their classifications for next season:

Balous, McCalister and Siverand saw the most playing time in 2018 behind Green and Williams. And, although you need depth at this position, when you have starters who are making plays on third down like the one shown below, you feel pretty satisfied heading into next year.

Along with those two, the OSU coaching staff is really excited about a few younger players on the roster such as Tanner McCalister, who showed he can make plays for the Cowboy defense as he knocks the ball loose in the following video.

In addition to McCalister, former three-star recruits JayVeon Cardwell and Gabe Lemons may also see some playing time in 2019.

The Pokes seem to be pretty set at the cornerback spot heading into next season, but they are set to lose four guys on the current roster looking forward to 2020.

The Cowboys currently three commitments at cornerback in the 2019 class, Demarco Jones, Thomas Harper and Xavier Player. I’ll discuss each of these recruits in more detail below.

Jones was one of the first commitments for the Pokes in 2019. The OSU coaching staff extended him an offer back in February, and Jones committed just a few days later. The Tulsa native’s senior season was cut short after a shoulder injury he suffered in the sixth game of the season.

The two-way athlete was having a good year statistically as he recorded 21 total tackles, including one tackle for loss, as well as 93 receiving yards and 2 touchdowns on the other side of the ball. Jones doesn’t have the elite top speed, but he has good size for a cornerback at 6-1, 175 pounds and is very athletic posting a 37.8-inch vertical jump and 4.25 20-yard shuttle time.

In addition, Jones has experience playing tight, press man coverage during his time at Booker T. Washington, which will translate well to Jim Knowles’ defensive style. He’s also not afraid to get physical with a receiver, moves his hips well in coverage and looks to be a sure tackler.

Since he only played part of his senior season, his only full season highlight video is from last year.

The younger brother of current Oklahoma State linebacker Devin Harper, Thomas did it all this past season for Karns High School in Knoxville, Tennessee. On offense, he had 1,279 receiving yards and 18 touchdowns, and ran the ball 10 times for 43 yards.

On the other side of the ball, he recorded 92 total tackles, including 1.5 tackles for loss, 7 passes defended, 2 forced fumbles, an interception and a blocked field goal. Even though his team finished with a 2-8 record, you can see from his statistics (and the highlight video below) that Harper finished his high school career with a bang.

According to 247Sports, Harper ran a 4.6 40-yard dash, 4.27 20-yard shuttle and had an insane 40.1-inch vertical jump. He was recruited by Oklahoma State cornerbacks coach Tim Duffie, but he also has experience playing safety in high school, and honestly … I think he could even excel as a wide receiver at OSU.

Harper is extremely aggressive on defense and is not afraid to come up and lay a big hit. In addition, he does a great job of breaking on the ball once it’s in the air and has the speed to turn and run with receivers.

The three-star prospect flew under the radar during his recruitment, but I think Cowboy fans should be pretty excited that he chose Stillwater as he landing spot.

The Cibolo, Texas- product finished his senior season with 48 total tackles, including 1 tackle for loss, 4 passes defended, 2 fumble recoveries and 1 interception over a 12-game span. According to more recent articles from 247Sports, Player is listed at 6-0, 175, so he’s a decent sized cornerback, similar to Jones.

The three-star recruit has experience playing up on receivers and does really well in coverage. Additionally, he does an excellent job of tracking the ball and using his length to attack it at its highest point. His highlights below are also from his junior year as a full senior year highlight wasn’t yet available.

Outside of these three, all other cornerbacks Oklahoma State has offered in 2019 have made their commitments elsewhere. However, most teams normally keep 10 or more corners on their roster, so the Cowboys are definitely in a good spot moving forward. Additionally, they already have one commit in 2020 at this position in three-star Jabbar Muhammad.