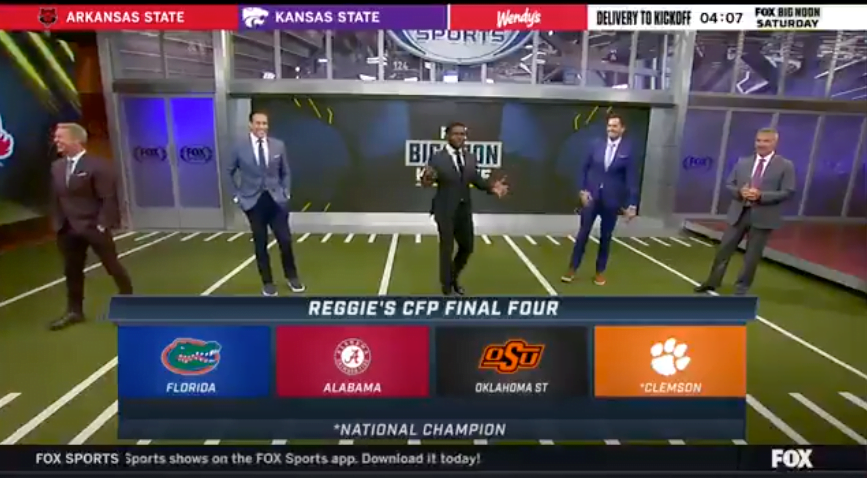 Ahead of FOX’s Big Noon kickoff Saturday, the former USC Heisman winner predicted Oklahoma State would make the College Football Playoffs this season along with Florida, Alabama and Clemson. He then doubled down on the prediction at halftime.

“This is the year they need to take ownership of the opportunity they have in front of them,” he said. “When you think about their big three of Spencer Sanders, Tylan Wallace and Chuba Hubbard, all those guys are highly productive players. If Spencer Sanders can protect the football this year and distribute it around evenly, I believe they have a good a chance as any to win the Big 12 and then go on to the College Football Playoffs.”

Real recognize real. Reggie Bush was among those stanning for Hubbard to win the Doak Walker Award last season over Jonathan Taylor, and his far-away fandom hasn’t ceased.

“I’m all in on the big three, man,” he said. “Tylan Wallace is absolutely fearless, and Chuba Hubbard is a beast.”