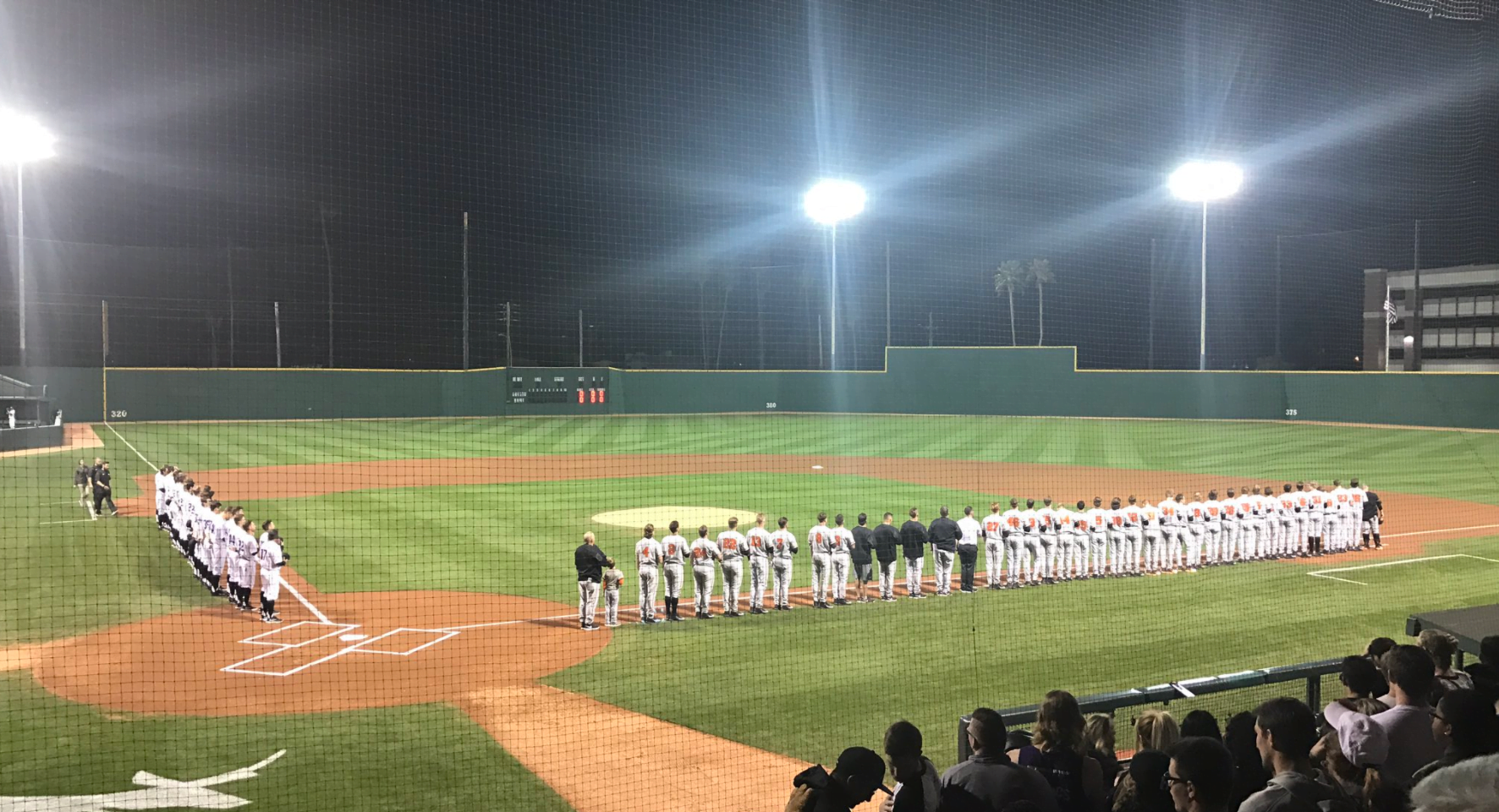 It wasn’t supposed to go the way it did, but to quote former Texas Rangers manager Ron Washington, “That’s the way baseball go.”

The Oklahoma State baseball lost its season opener 6-1 against Grand Canyon University in Phoenix on Friday night. Preseason All-American Tyler Buffett got the start, and Grand Canyon got to him early. Jake Wong started on the other side, and he had a career-high seven strikeouts in six innings. GCU averaged six a game last year, per the broadcast last night.

It wasn’t good, so what happened? Let’s hand out some grades.

He just couldn’t hit his spots. Buffett made only three starts this past season, coming in mostly as the set-up guy for a rotation that proved to be stellar. Buffett will be fine. He was a preseason All-American.

For some reason on Friday, though, no matter how many trips pitching coach Rob Walton made to the mound, Buffett had catcher Travis Wacker moving all night.

The only reason this wasn’t an F was because of the relative expectations. The lineup lost the first four hitters (when healthy): J.R. Davis, Corey Hassel, Donnie Walton and Conor Costello. Even still, it was poor for a College World Series team. Things will improve, I’m sure, but phew, that was rough.

I probably expected too much, but one stolen base wasn’t aggressive enough. OSU was 1-1 in steal attempts. Garrett McCain, Ryan Sluder, Jon Littell, Andrew Rosa and Jacob Chappell can run.

I was confused why they didn’t. Rosa provided good running in the top of the fifth with a single that he stretched into a three-bagger because of an error. He was left on base, though.

It was solid but not flashy as it was last year. There is potential for it to be, though, which is encouraging. I don’t think OSU will ever find a second baseman as fluid as Davis was last year, but Rosa looked good.

He has been around for a while, so I thought he and Chappell at shortstop made a good pair. But again, you have to replace a First Team All-Big 12 middle infield (still sad).