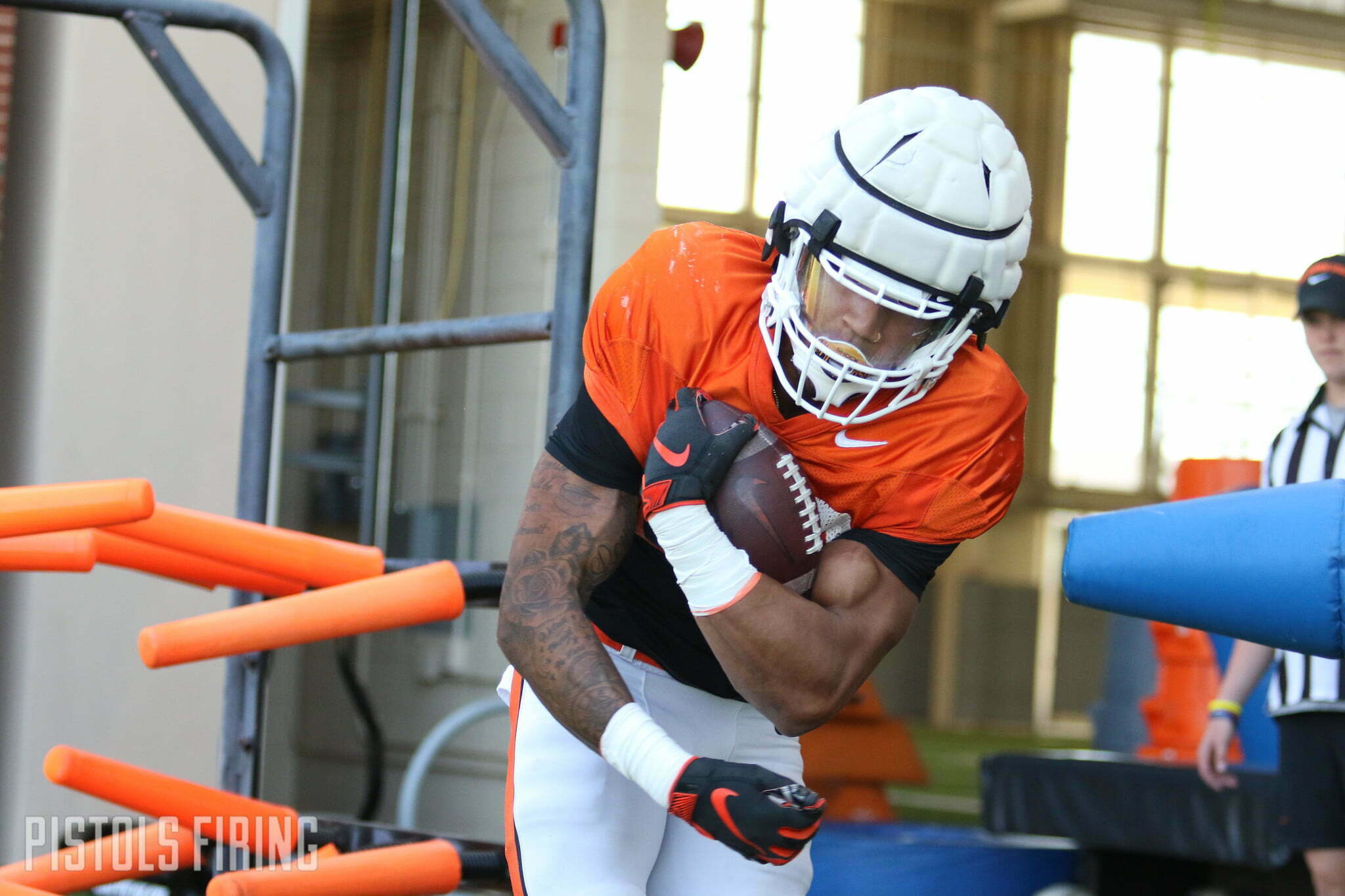 STILLWATER — Dominic Richardson has been outstanding in limited carries the past two seasons for the Cowboys, but since he arrived in Stillwater from Bishop McGuinness, he has been buried behind a bevy of more experienced backs.

Richardson has watched Chuba Hubbard, LD Brown, Dezmon Jackson and Jaylen Warren all get their respective turns at RB1, but 2022 is Richardson’s time. OSU coach Mike Gundy said Monday that, ready or not, Richardson is going to have to carry the rock 18 to 20 times against Central Michigan on Sept. 1. Richardson has only two games of more than 12 carries as a Cowboy to this point.

“He understands the type of back he is,” Gundy said. “He’s a power back, and he’s going to run through arm tackles and drop his pads and protect the football and grind. He’s gonna grind yards out. And he’s done well out here this spring. He’ll have his hands full in the first game. He’s got to get ready to go.”

When asked if Richardson was ready for that type of workload, Gundy said Richardson “doesn’t have a choice.” Gundy added that OSU’s other backs will be able to provide some help, but Richardson will be the workhorse.

Gundy said he expects the Cowboys to run the ball about 40 times a game, and here is his breakdown of how he expects that to be divvied up on April 4.

That leaves five to seven carries for Ollie Gordon and CJ Brown, a pair of highly touted early enrollee freshmen.

When Richardson has been asked to carry the load, he has produced. In 123 carry carries, Richardson has 596 yards (4.8 yards per) and seven touchdowns.

With injuries ravaging OSU’s running back room in 2020, Richardson was OSU’s featured back in Waco against Baylor. He had 169 yards and three touchdowns on 23 carries that day. His other high-carry performance came in Lubbock this past season when he ran for 84 yards on 20 carries in a win.

Richardson has also proven he can do more with less. Against TCU in 2021, he had 134 yards and two touchdowns on only 12 carries.

Nixon played in only two games as a true freshman last season with both appearances coming late in blowouts. Richardson had 52 yards on 11 carries against Kansas, and he had 69 yards on three carries in that TCU game, including a 63-yard TD run.

Gordon and Brown are the unknowns of the group, but they’re some good unknowns to have. Both four-star recruits in the 2022 class, the pair combined for 4,621 yards and 64 touchdowns as high school seniors, combining to average 10.1 yards a carry.

After being the youngling of the group for the past two years, Richardson is having to step into a leadership role. If he is anything like the guys he learned under, Richardson’s time as OSU’s featured back should be a smashing success.

“Being the leader of the group, it’s a big difference, but I just try to be like Chuba, LD, Jaylen — I learned from them,” Richardson said. “I learned a lot from them actually and just being that leader and just showing them what’s right and wrong. To be that leader to them, that means a lot to me.”