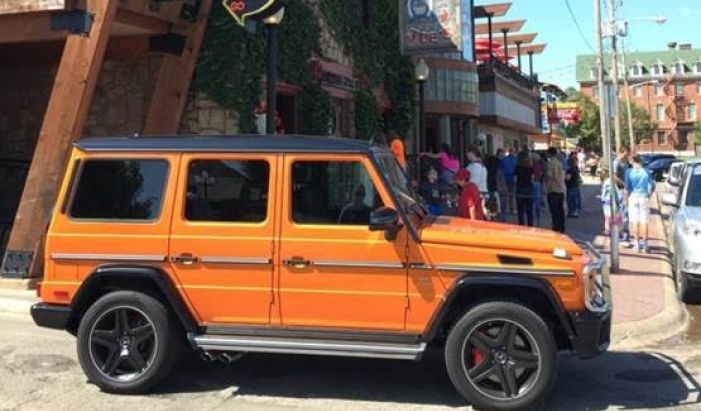 As many of you know, OSU alumnus Rickie Fowler made his way to Stillwater over the weekend to take in the first home game of the season. Along with pretty much everything he owns being orange, Fowler also has an incredible Cowboy orange Mercedes-Benz G63 AMG.

Naturally, he was spotted by fans and even posed with fans for pictures next to his car. Here he is seen with Tim Holland, GM of Eskimo Joes.

Enjoyed getting to spend a little time with THE @RickieFowler this wknd! No better ambassador for Okie State! ?? pic.twitter.com/79CW8nAgyc

Here’s a closer look at the car, credit to @MBUSA. And another from the front…

Couldn't get a picture with @RickieFowler, so I got one with his @MercedesAMG instead. pic.twitter.com/ROp0e2H6m1

And finally, one with Rickie in it.