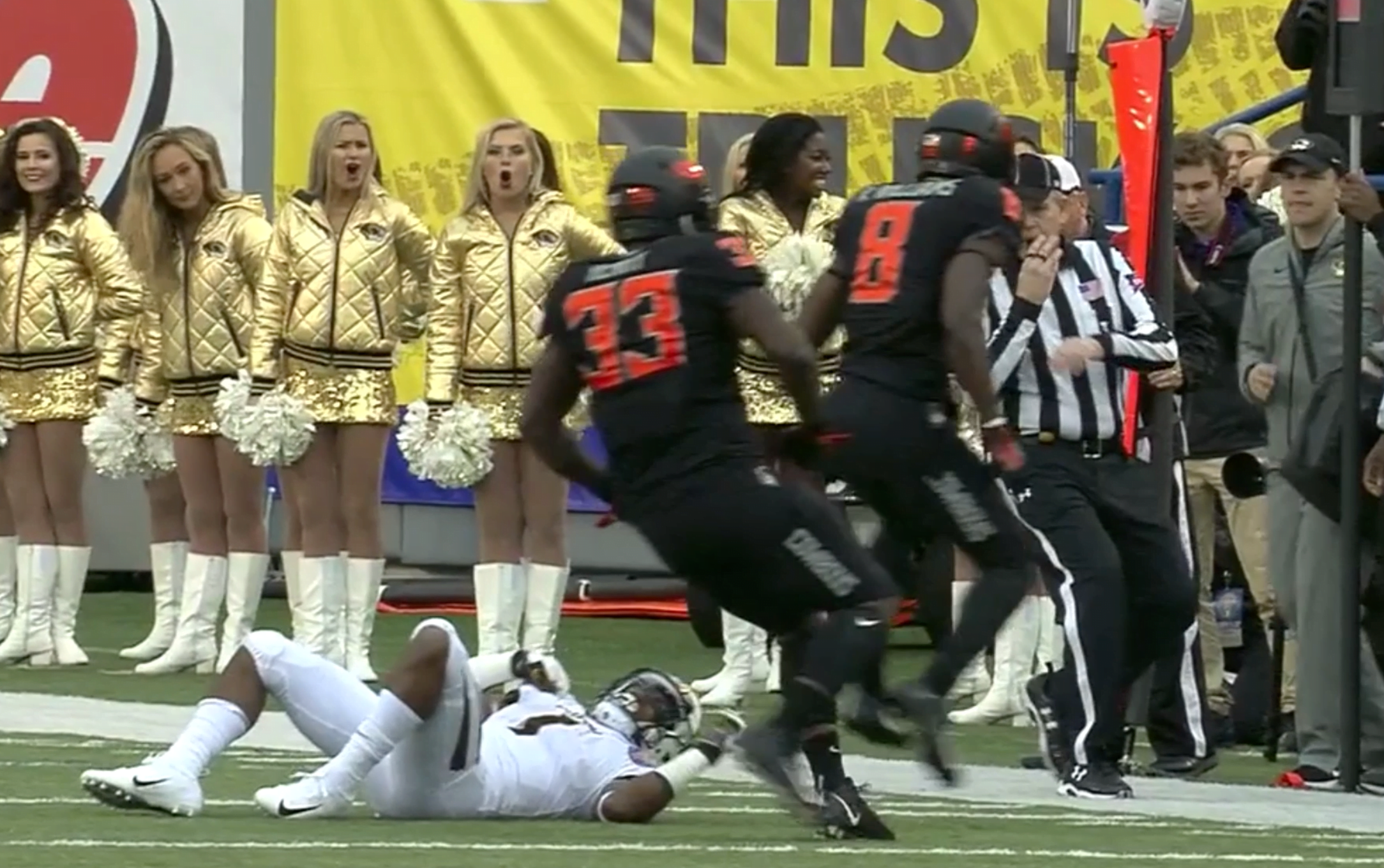 MEMPHIS, Tenn. — Rodarius Williams destroyed a man at the Liberty Bowl on Monday in Memphis. Shortly after Missouri running back Tyler Badie grabbed a pass from Drew Lock, Williams obliterated him.

Williams was called for targeting and ejected, and after a review the call was upheld. He has been replaced by redshirt junior Kemah Siverand.

The best part of the entire thing was the reaction of the Mizzou cheerleaders behind Badie. The reaction you would expect after a hit that big. 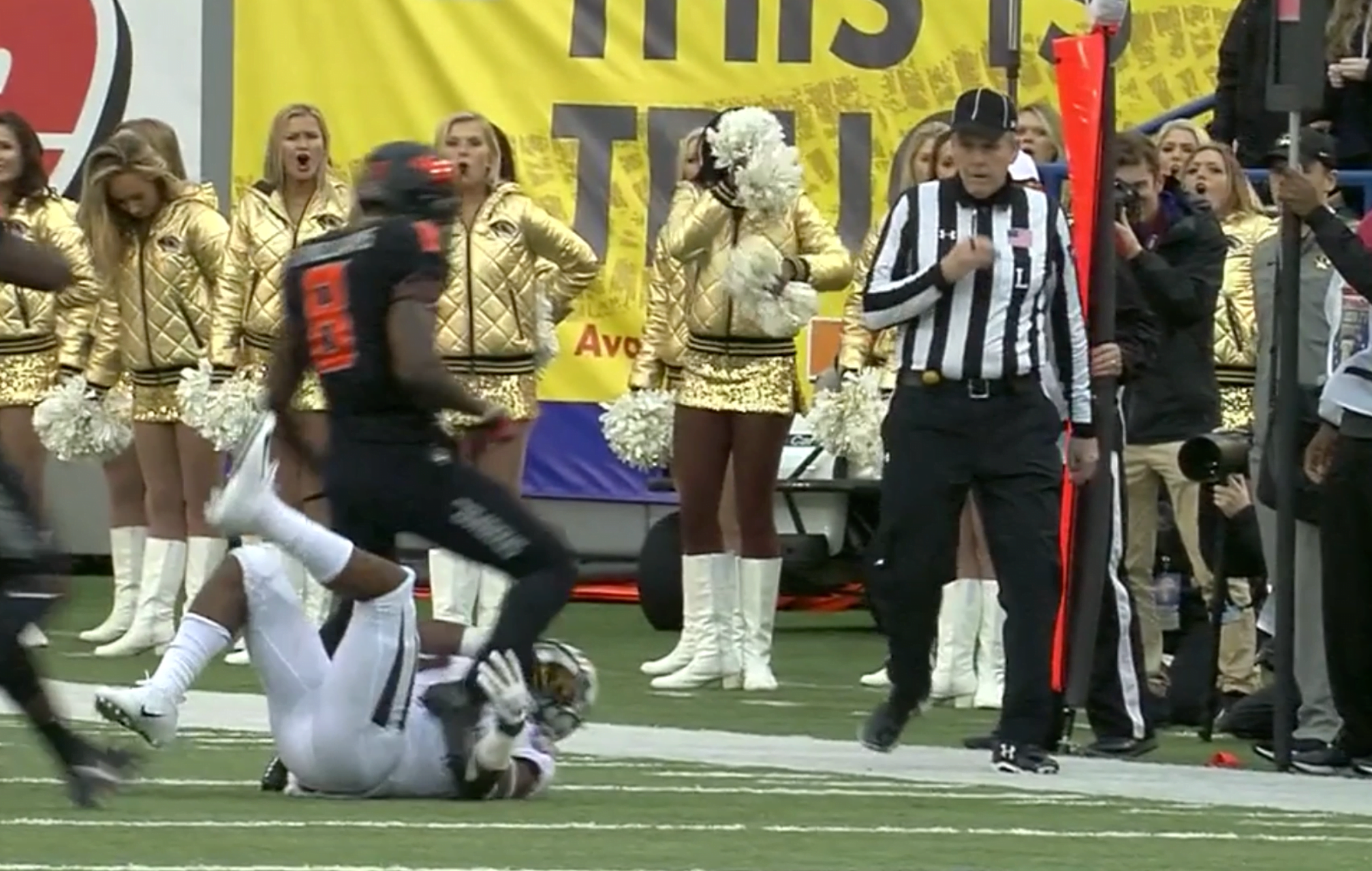 Williams ends his sophomore season with 50 tackles and 2 INT.