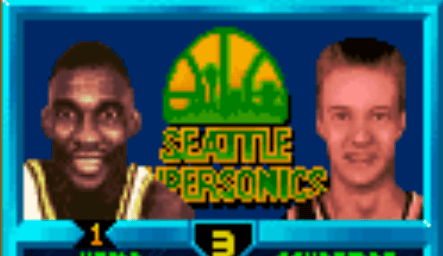 We are running out of positive things to talk about regarding the OSU football season but we tried to hang in there this week. Also, hoops is back and with it some (sure to be wrong) prognostications.

Enjoy — and have a good weekend.

1. Who will start at QB this weekend?

2. Will Mike Gundy be the head coach of Florida next season?

Porter: I would be flabbergasted, so no.
Dave: No
Amilian: No
Ames: Nope
Carson: 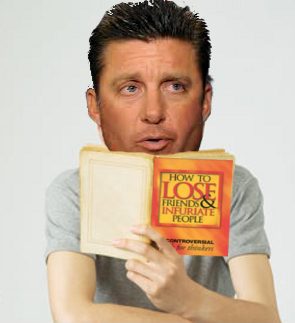 Boone: No
Shepherd: No. The locker room dancing show stays at BPS.

3. One word to describe how you feel about Year 1 of the Playoff so far.
Porter: Overwhelming
Dave: Eager
Ames: Exciting, but only moves the same problem down to the 4-5 slot.
Carson: Uneasy. Someone’s getting hosed and I think it’s the Big 12.
Nolo: Frustrating
Southwell: Expectant
Boone: SouthEasternConference
Shepherd: Meh

Porter: That ’01 team only scored over 30 twice. As long as you played the game in September this 2014 team would win.

Nolo: I was 13 and didn’t care about OSU when the first two teams were around so I’ll agree with the resident experts and say 2001.

Southwell: Could KP cover Rashaun’s box out? This would be another 16-13 type game.

Shepherd: 2001. Woods and Fields would do what Petty & Co. are going to do tomorrow.

5. If I set the over/under on Glenn Spencer still being OSU’s defensive coordinator in 2017, would you go over or under that.

Porter: Over. I think he’s going to be around for a while.

Dave: Under seems to be the easy answer because we’ve had so many coordinators leave Stillwater. While I can see Spencer getting a starting job, I’ll say over. We need continuity on this staff, so they’ll pay up to keep him around.

Amilian: Over. I don’t see Spencer getting fired (at least not by 2017) and OSU isn’t known for its defensive coordinators being hired away.

Carson: Under. Is HireCoachGundysCoaches.com still a thing?

Nolo: Under. Even Tim Beckman got a head coaching job after the 2009 season..

Southwell: Over. He’s just getting started, and I’d like to think he’s here for a while.

Shepherd: My heart says over….but my head says under. Can’t get attached to coordinators around these parts.

Dave: going to make me think about Tony Allen for the rest of his career, no matter how many times I hear his name.

Carson: Thank goodness he doesn’t go by Tony. This would be a Roy/Jason Williams situation.

Southwell: At least 4 inches taller than anyone I’ve seen at OSU.

7. Is it possible that this year’s team is better than last year’s even without Markel and Marcus?

Porter: The Ewing Theory has lifted worse teams to greater heights but I’m going to reserve judgement until Big 12 play starts. For now I’ll say no.

Dave: That sounds crazy, but put it another way: is it possible that this year’s team is better than a team that finished 8-10 in conference play and barely squeaked into the dance? Yes.

Amilian: Possible is probably the wrong word, because yes it’s possible. I would like to add that it’s not probable. Before people get hyped about what they’ve seen this team do, last year’s team routed Memphis early on and ended where they did.

Nolo: It’s possible. There’s something to be said for size, depth, and having a rim protector. It’s a lot easier to lose a guy to an injury or suspension when the drop off isn’t that far. Also allows you to go with a hot hand when one person is having an off night.

Southwell: No. We just lost two of the most talented guys I’ve seen together at OSU. It’s crazy to me that they didn’t win more games. But if this year’s team wins more games, I’m going to assume the competition has dropped off from last season.

Shepherd: Yes. The biggest ego is Nash and he seems to have his head on straight. Should play more as a team. Doubt we have anyone suspended for shoving a fan, either.

8. Great question by Nolan on Wednesday — who’s on your all-time NBA Jam team?

Porter: I gave my answer here.

Amilian: Markel is a must have for me. He handled the point when needed, could shoot the 3 and Lord have mercy if you entered the Super Dunk cheat code. I’d pick Byron but if I’m honest, I was too young to remember seeing him play. I’ll feel like it would be blasphemy for me to not roll Desmond out there. I could probably find a better complement to Markel, but I how can I omit my favorite childhood athlete? I’ll take Joey Graham as my sub.

Carson: Shawn Kemp was the most dominant force in NBA Jam. Byron Houston would have the same stats. I’ll take Byron and Randy Rutherford (3pts rating: 10.). It will be raining fire.

Nolo: I’ll go with Markel Brown and Phil Forte. Markel can fly, bring the ball up, and shoot above average. Phil can hit bombs from anywhere and play solid defense/get loose balls. That also likely gives me the best pure shooter and best dunker in OSU history (or at least as far back as I can remember).

Shepherd: Give me Big Country and D-Mase. I don’t shoot 3s in NBA Jam. Just dunks from halfcourt.