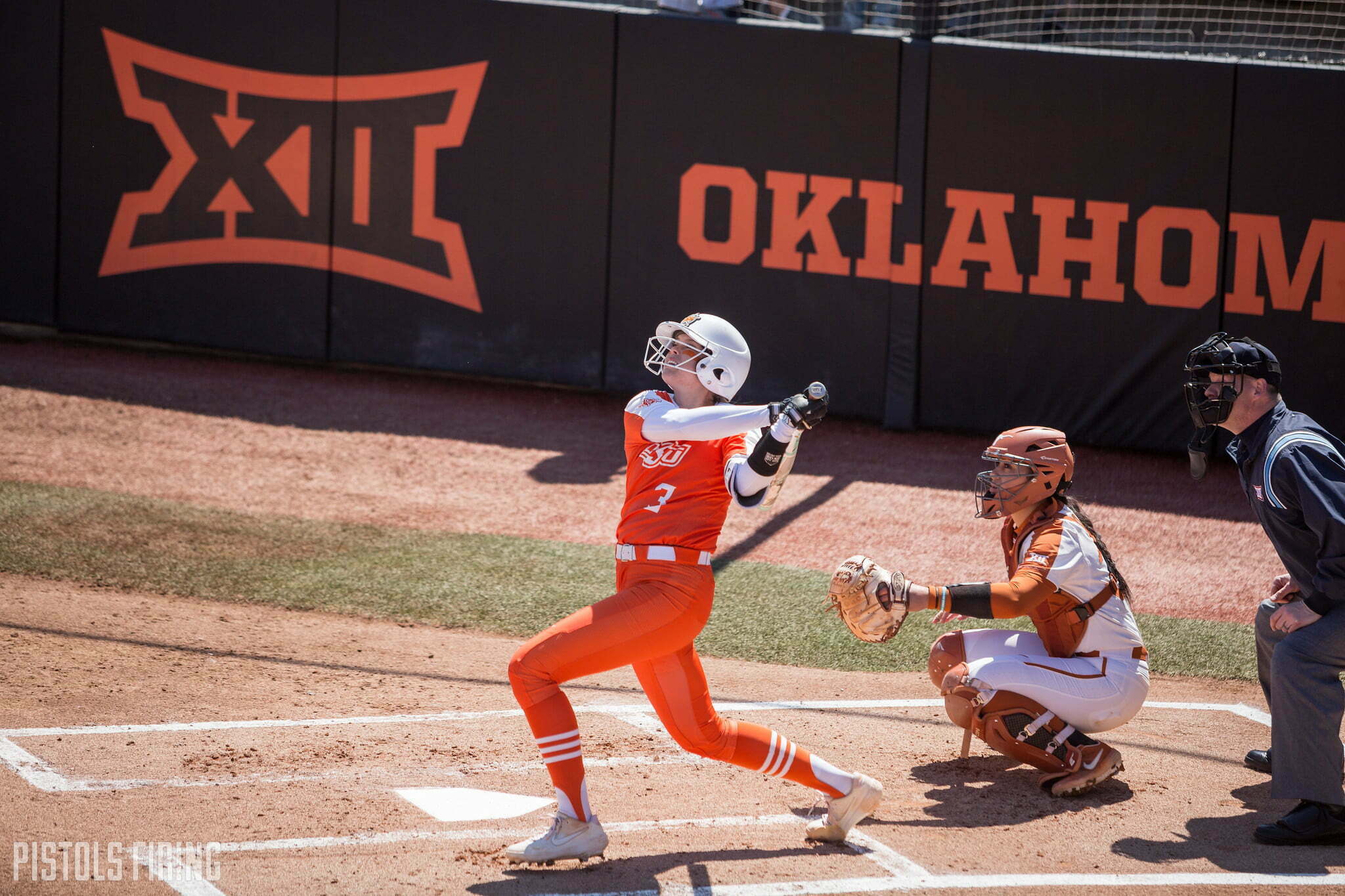 The pronunciation might differ, but on Sunday Oklahoma State’s senior graduate transfer put on a show.

Samantha Show stepped to the plate with a chance to become the hero and did just that.

With two on and one out in the bottom of the seventh and the Cowgirls down 5-3, Show went yard for an Oklahoma State record-tying 15th time on the season, completing the comeback, cementing the sweep of No. 13 Texas Tech and setting up a Bedlam series for all the Big 12 marbles.

Down 2 with 2 on in the bottom of the seventh…

Any guesses what Samantha Show did next? ?#NCAASoftball
(via @CowgirlSB)pic.twitter.com/bJVqXZyuNc

Let’s watch that one more time, bat flip and all.

For the third-straight year, the Big 12 title will come down to #Bedlam.

If you take one thing from this weekend let it be this – with this team, and our fans, ANYTHING is possible. ?? #okstate pic.twitter.com/0Vf1xDX7KP

This made for OSU’s third-straight come-from-behind victory and a series sweep over Tech.

In his fourth year, head coach Kenny Gajewski has the Cowgirls on pace for their best finish during his tenure. OSU is currently 37-11 and 13-2 in conference, two games back from the 15-0 Sooners.

“A great weekend and it was capped off by a great game here today, and, just, wow,” Gajewski said. “This team just continues to amaze me. They never quit and never think they’re out of anything. We weren’t very good the first four innings, but I thought (Erin) Edmoundson was really good. Chelsea (Alexander) had that big hit off the wall, but that kind of changed the momentum for us.

“I thought we would at least tie it up. I had no idea we would end the game like that, but I knew we were going to score.”

Sunday’s hero shares the confidence of her coach. Show talked about what was going through her mind when she stepped to the plate ahead of that memorable finish.

“In all my at-bats today, I took strikes that were plated. As an elite hitter, I can’t take those,” Show said. “In that last at-bat, I told myself that if there was anything on the plate, I’m going full throttle. The ball was there and I hit it out. We trailed in every game of the series, but I didn’t have any doubts.”

The No. 12 Cowgirls welcome the No. 1 Sooners on Friday at 6 p.m. for the first of a three-game, regular season finale series. The winner will take home the Big 12 crown.

Here’s a look at Sunday’s highlights.