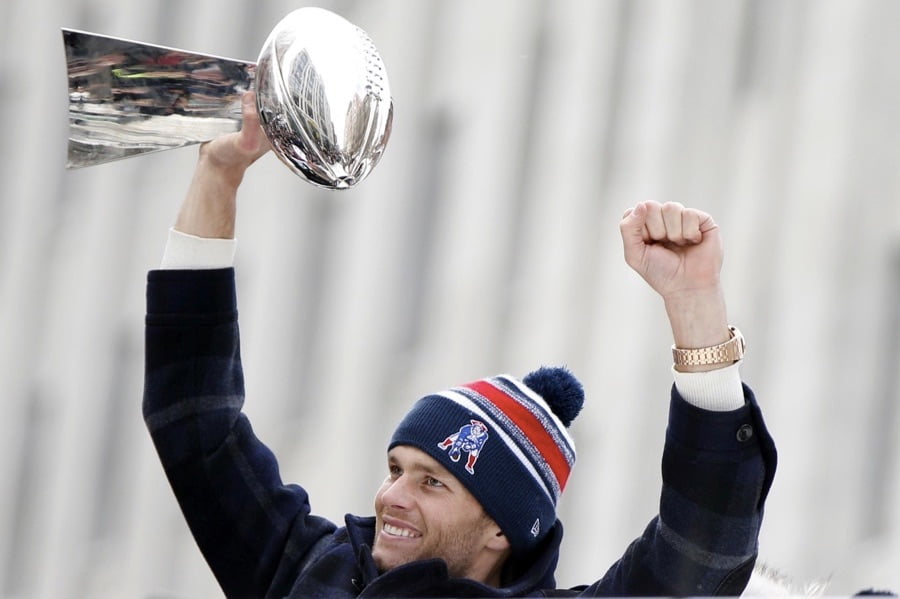 Zac Robinson weighed in earlier this week and now we have our own special take on Tommy Tom and the Pats.

Following an investigation that conveniently concluded after the Patriots’ Super Bowl victory, Commissioner Roger Goodell and the NFL front office have finally pronounced judgment on New England for the infamous “Deflategate” scandal.

The NFL have suspended quarterback Tom Brady without pay for the first 4 games of the 2015-16 season and have fined the Patriots $1 million as well as revoking one draft pick in the next two drafts.

To put it lightly, Brady, head coach Bill Belichick and the entire Patriots organization were shocked.

Belichick agreed with Brady, stating that he was sure they would at least have to forfeit one of the games that they inevitably won because of the deflated balls.

“I was completely shocked,” said Belichick. “$1 million? I couldn’t believe how lenient they were being. I sent Roger [Goodell] a commemorative Super Bowl XLIX Champs Yahtzee set as a thank you gift.”

Belichick added that while he was shocked, he and the Patriots are planning to appeal the disciplinary action, in Federal court if needed.

“It’s ridiculous,” said Belichick. “We deserve more…better than this from the League. We should at least be fined $5 million if not have our title revoked.”

Brady agreed and said he will personally lobby for stricter punishment.

“I think at least 10 games, maybe a whole season,” said Brady. “But my lawyers and I have only talked preliminarily, so who knows how far we might expand the penalties.”

Goodell said while he holds no personal ill-will toward Brady and the Patriots, he believes the penalties to be just and plans to fight for their enforcement.

“Look,” said Goodell, “I flipped a coin. You guys watched it. I don’t want to talk about this anymore. Now if you’ll excuse me, I’m running late for my haircut-pedi.”

While Brady and the Patriots are optimistic about winning their appeal, ex-Saints linebacker Jonathan Vilma said he doesn’t share their optimism.

Vilma was initially suspended from the Saints for a year for his involvement in the Saints’ 2010-11 bounty scandal.

“I had the same reaction as Tom [Brady] at the beginning,” said Vilma. “But once I got my time in court, I not only lost, they reversed it completely and erased my entire suspension. I just sat there without saying anything for at least half-an-hour. I was like, ‘What just happened.’”

Despite his failure to lengthen his suspension, Vilma encouraged Brady to give it a try.

“Hey, what’s the worst that could happen?” said Vilma. “They pay you damages and reverse the suspension? So what? At the end of the day, you’ve got to try and, no matter what happens, to know who you are even when everyone seems against you.”