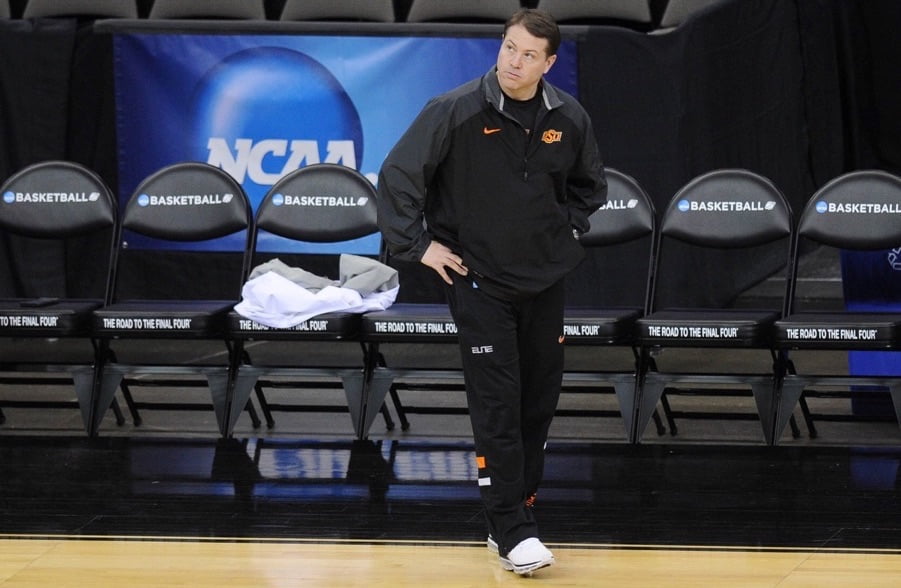 Early this week, OSU men’s basketball coach Travis Ford spoke in an interview about his career and how fans perceive his success.

Ford noted that while fans tend to highly value postseason wins, his career as a coach at OSU shouldn’t be judged to harshly based on OSU’s recent poor performance in the Big 12 and NCAA tournaments.

Ford also noted that his time as a coach has primarily been preparation for an even bigger challenge in the future.

“This job, coaching, is wonderful,” said Ford. “Don’t get me wrong. I love these guys, but I’m still preparing for my big break. This all just research for my next big film role.”

Ford said that taking the job at Campbellsville, his first head coaching position, was a chance for him to prepare for his next part in the sequel of The Sixth Man, The Sixth Man: the Rebound, that had been in the works.

“It was set several years after the first film, and Danny O’Grady was supposed to be coaching at the college level,” said Ford. “So I went out and got a job coaching until production started.”

But the film was not to be.

Despite The Sixth Man grossing higher at the box office than its production budget, no studio decided to pick up the script for the sequel.

So Ford and his agent decided to just wait it out and monitor the calls for actors in basketball films.

“When I moved to Eastern Kentucky and got to play Kentucky in the first-round, I was so excited for the experience of getting to see how a coach would act in a big game situation,” said Ford.

“Can you imagine the quality, firsthand experience I would’ve had if we would have won? That could have led to a huge part in an underdog-overcoming-the-odds film.”

Ford took his next coaching jobs at UMass and Oklahoma State for similar reasons.

He said that he wanted the experience of what coaching at a larger university would be like at UMass, and at Oklahoma State he wanted to understand how to play a coach who continued a dynasty at a basketball school.

“That’s why I was just ecstatic when Mike [Holder] offered me the long contract extension,” said Ford. “I would have time to really prepare to play any of the great coaches, especially Eddie Sutton if the biopic ever makes it out of preproduction.”

Ford said that he looks forward to continuing to research future roles while working at Oklahoma State, and is especially excited for the opportunities that this postseason will bring to his acting career.

Ford finished the press conference by reemphasizing the importance to look at his entire body of work as a coach and potential leading man.

“You can’t just judge me, or any coach really, based on tournament wins alone,” said Ford. “Let me show you my headshot and demo reel first, and then we’ll see if you call me back.”