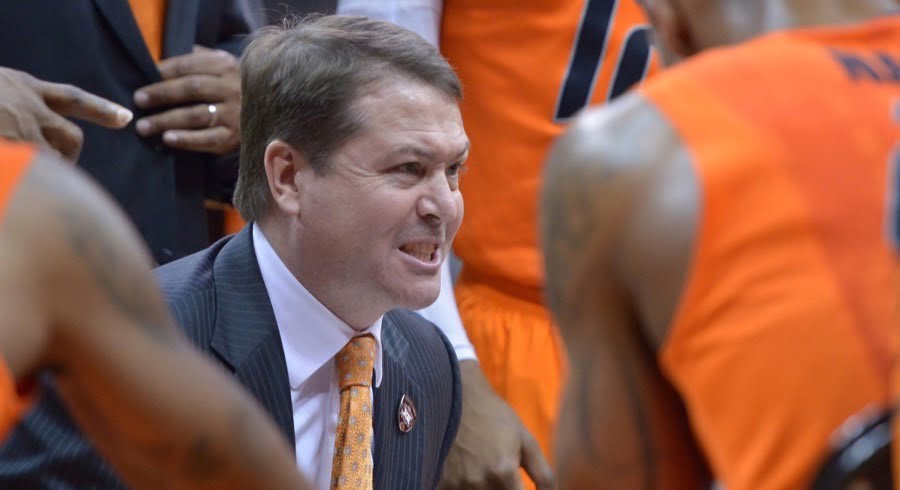 There’s a lot going on in this interview with Travis Ford from 107.7 The Franchise on Tuesday morning. Some of it was floating around on Twitter earlier today but I pulled some of the more inflammatory (I think?) quotes.

Ford was asked “how fair is it that we put so much emphasis on just what happens in the NCAA Tournament?”

“It’s not fair, but I understand it. This is the most exciting time of year. I’ve been here seven years. We’ve made five out of seven NCAA Tournaments. To put that in perspective, the three years before we got here they hadn’t been to any.

“It’s not easy making it. We want to get back, no question, to making Final Fours like they have here before. Winning a national championship. I understand where people are coming from. They want to get further in the NCAA Tournament.”

Ford noted that he hasn’t left his office in 48 hours. When asked if he was sleeping there he said, “pretty much, pretty much.”

“You look at this team in particular. Nobody four months ago…I can give you every magazine article, every newspaper article…nobody gave us a chance to make the NCAA Tournament. We’ve won a lot of big games.”

I wrote this, by the way, in November:

“I understand where people are at. But also, the glass has to be more full than what people are saying. Somebody was telling me yesterday we’re the second or third team that’s been to three straight (NCAA Tournaments) from the Big 12.”

You can listen to the entire interview here. It’s pretty interesting.

I see what Ford is saying, and I sort of defended him recently. But this isn’t really a great look for the head ball coach. I thought Pokelahoma put it well on Twitter (minus the spelling):

Ford is right, of course, teams shouldn’t only be judged by what they do in the dance. Losing in the first round (or making it to the Final Four) can be random and not a true measure of how good your basketball team is.

The problem is that if Ford doesn’t want us to care as much about his NCAA Tournament appearances, then he must want us to take notice of how solid his teams have been in the regular season.

Like how they have finished in the top half of the conference once (in seven tries).

What about against success against our rivals?

He’s 6-11 against OU and those weren’t exactly the “Blake Griffin killin’ fools” years of OU basketball.

Surely Ford isn’t propping his $20 million contract on the prickly foundation of squeaking into the tournament five times in seven years?

In this case, I think he is.