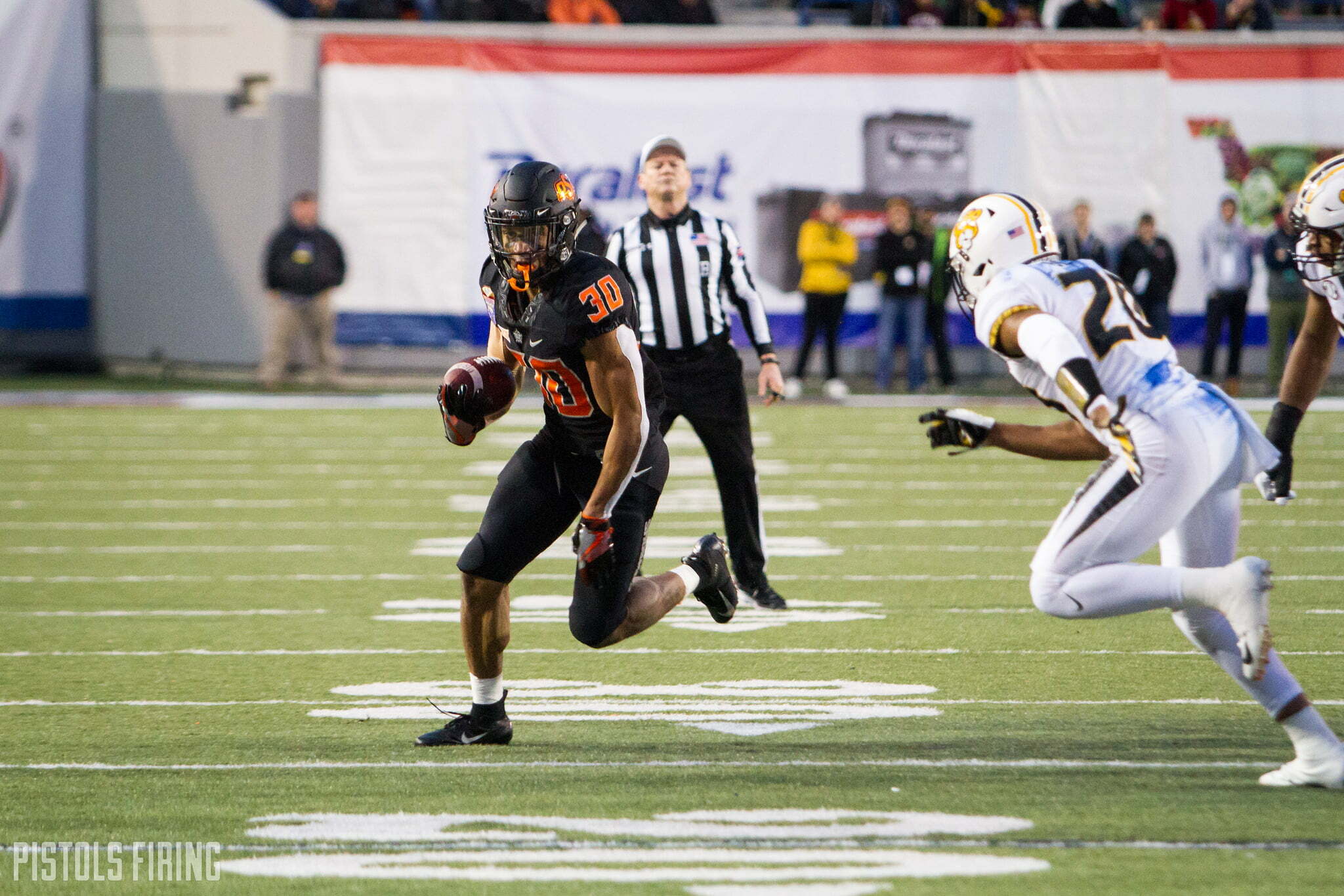 Ah, predictions. I’m great at them. That’s why I went 4-9 on predicting Oklahoma State football games this season.

So, with that said, here are some all encompassing OSU-related predictions that you should probably take with a grain of salt, but I’ll have you know I feel more comfortable with these than I did predicting anything that had to do with this past OSU football season.

The backfield is Hubbard’s now without Hill and with a new quarterback entering the fold, so I think the will-be redshirt sophomore will be called upon quite a bit. This season saw Hubbard sharing carries with Hill, LD Brown and J.D. King, and I’m not sure if there will be that level of competition in the OSU backfield in 2019, but we’ll have to see.

This’ll have two takes in one, as A. I don’t think the OSU basketball team is going to finish last in the Big 12, and B. I think they’ll win the eight/nine game in the Big 12 Tournament.

On the surface, that still isn’t an exhilarating proposition to an OSU fan that the Cowboys will finish higher than one team in the regular season and win one game after that before missing out on the tournament, but I think the difference from now to the Cowboys that beat the eight seed in the Big 12 Tourney will be day and night. The Pokes will have gone through the rigors of the Big 12 and the light at the end of the rebuild tunnel will be more visible.

It just seems like the Gundy way. I’m not saying it’s a good or bad way to go about it, I just feel like it’s going to be the case.

Although Sanders has no collegiate experience to back up his high school credentials, I think it’s widely thought that he is the favorite to be the Pokes’ QB1 in 2019 (and I think it could be clear that is the case through reports early in the fall practices). However, I imagine at Gundy’s first media luncheon before the Oregon State game that there will be a big, juicy OR between Sanders and Dru Brown on the athletics’ appointed depth chart.

Mike Boynton’s 2019 class (the class that has already signed) ranks 16th in the nation, with three of the four signees (Marcus Watson, Kalib Boone and Avery Anderson) all ranking in the Top 25 of OSU’s all-time commits, according to 247Sports. Boynton’s 2020 class has only one commit, Davonte Davis, who is OSU’s 21st-ranked all-time commit.

Davis will only be the beginning, though, as Boynton will (barring redshirts or transfers) have to fill scholarships for Cameron McGriff, Lindy Waters, Thomas Dziagwa and Curtis Jones. That’ll be another big class, and, according to 247, Boynton an Co. have dished out thirty-one (!) 2020 offers.

5. Oklahoma and Texas Play for another football conference Championship

It seems as if status quo has returned to the Big 12 conference.

Oklahoma and Texas sit atop the football throne as other teams compete for relevancy for and handful of seasons, just to be replaced by another after their time is up. It’s a somber thought for sure, but in the back of our minds, we all knew this day was coming at some point.