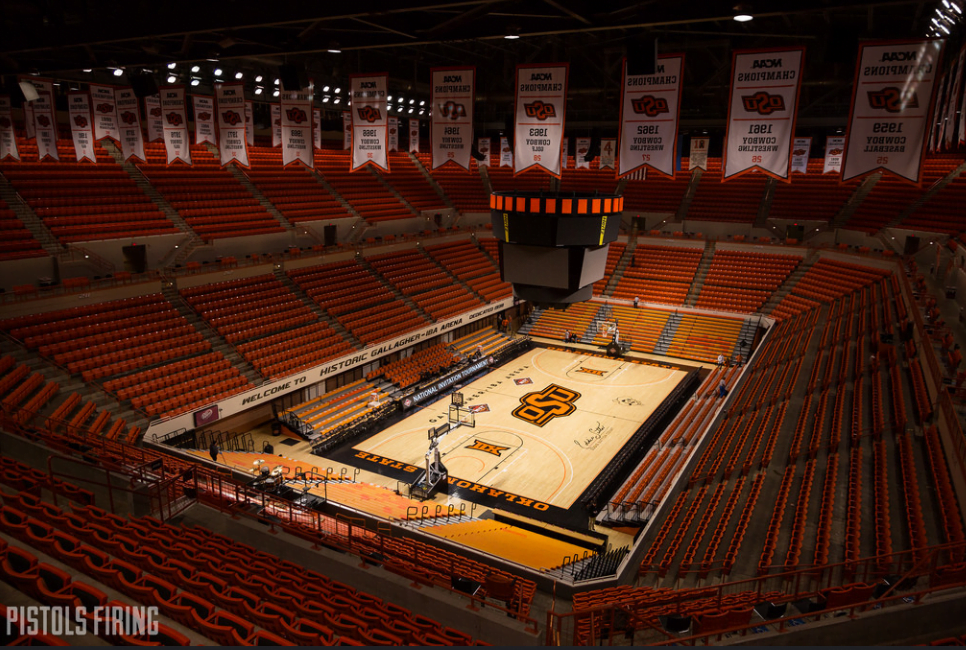 Man, I love walking into a gym, hearing the squeaks of sneakers and the whacks of basketballs hitting the hardwood. I love the feeling of walking from the cold outdoors into a warm gym and smelling that mixture of sweat and cheap popcorn.

I would be thankful for those scenes in a some 4A high school gym, but it makes it all that much better being in Gallagher-Iba Arena.

OSU having such deep tradition sure makes my job a lot easier. It’s fun to make stat-driven comparisons comparisons between current players and former ones like the my Justice Hill series. It makes it a lot more fun and interesting when the players of OSU’s past are as good as the likes of Barry Sanders.

3. The Drama of this Football Season

Oklahoma State fans might not remember the 2018 football season as fondly as other seasons, but the year has felt like a TV show. Quarterback races, transfers, tough losses, upset wins. The end of the Bedlam game ripped off the Friday Night Lights movie. I’m not sure how this story ends, but I’m stoked to find out.

OK, this might sound like the first one, but it’s not. That was just general basketball excitement; this one has more to do with OSU’s current team. All of the new faces, seeing the returners take on the star roles and seeing just how good Michael Weathers is going to be are all exciting. Seeing Mike Bonyton’s 2019 recruiting class was also exciting. And basketball in general is exciting. See point one.

5. My Time of Existence

I attended OSU from 2014-2018. For the rest of my life, I’ll get to say I was a student when athletes such as Mason Rudolph, James Washington, Jawun Evans and Alex Dieringer (I’m probably leaving off some obvious greats) were in Stillwater. Going back to OSU’s history, there are a lot of people from many different time periods that will get to say the same about their eras.