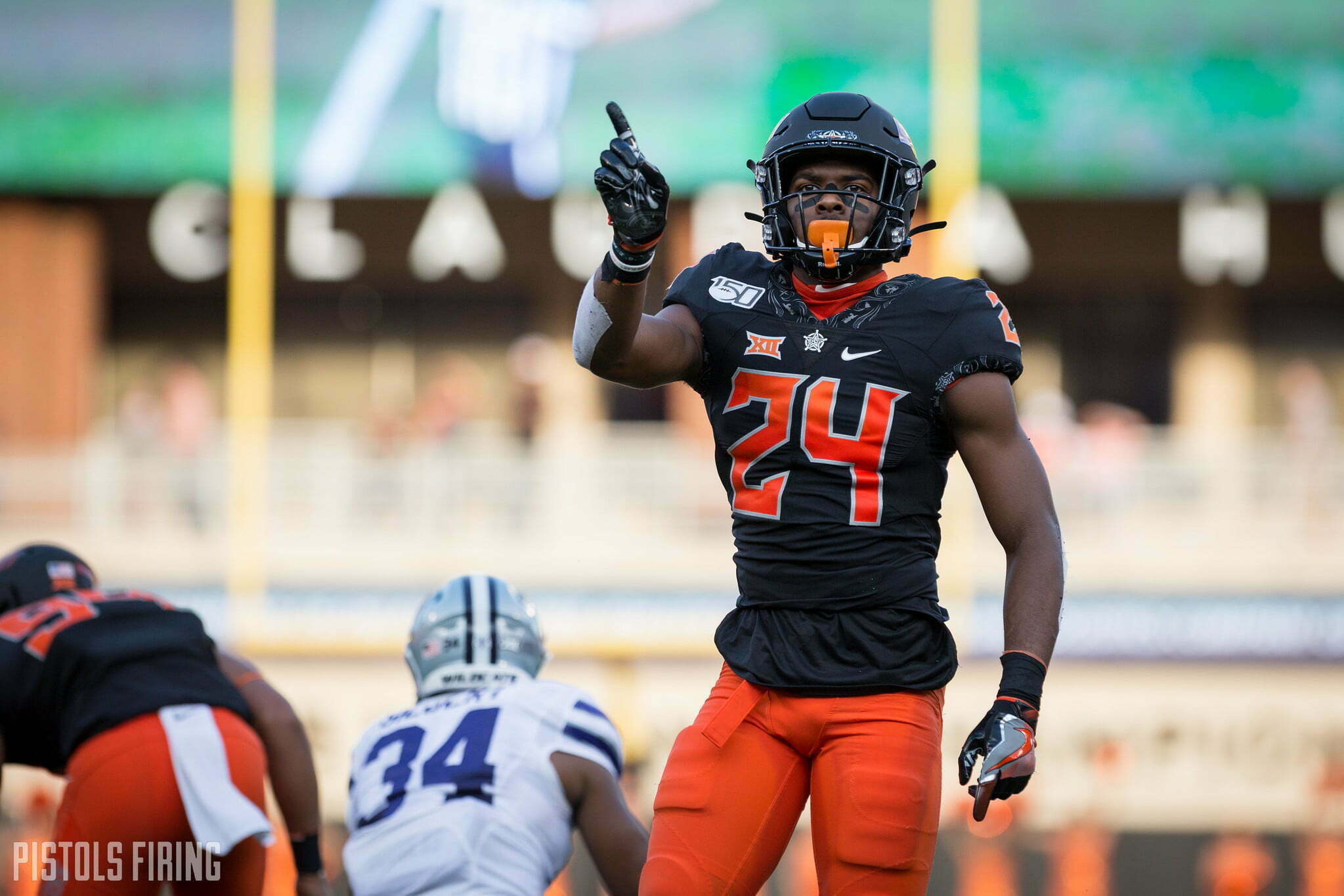 I miss sports, but in particular, I miss Oklahoma State sports.

Since this pandemic started, I’ve been trudging along through OSU media guides reliving days that were and missing days that never became. Here are the five things I missed the most about OSU sports during this pandemic.

In 2020, OSU is returning nearly a full starting football lineup from 2019.

The Pokes lost a few offensive linemen and Jordan McCray, but the slot-ins at those positions seem clear. What seems less clear is who is going to start in the vacant corner spot A.J. Green left.

There was a little talk from those few days of spring practice, but I wanted to see that battle develop. My best guess would be Jarrick Bernard, as he moved over to corner after starting at safety the past two seasons. I don’t know that they’d change his position for him to not play.

Other possibilities include Thomas Harper, who Mike Gundy was incredibly high on last spring when he came in as an early enrollee. Then there’s Christian Holmes who transferred in from Missouri. Or maybe a Gabe Lemons comes out of nowhere and starts to take things over.

There is still a chance that AAU basketball gets played at some point this summer, but tournaments have already been missed.

It stinks as a fan of basketball recruiting, but I’m sure that it stinks much more for the kids trying to get in front of college coaches. Speaking from an observer’s perspective, I was looking forward to keeping up with Team Griffin’s U17 group this summer.

That group won the Peach Jam last summer in the U16 age group, and the team has five (!!) OSU offers on it.

This would be on the list of pandemic disappointments for anyone who follows OSU.

Allie P. is beautiful for what it was, but cramming into that press box the past six seasons was getting a little old. I was looking forward to being in the beautiful new O’Brate Stadium. A former president was going to be there, the team was playing well and it just all seemed so perfect.

Here’s to it being perfect again next year.

Here is a look at what the first four years of the Kenny Gajewski era of OSU softball looked like: 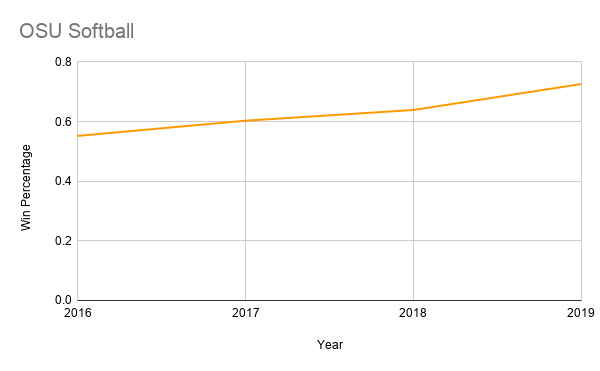 Was that steady line going to continue its upward trend? I don’t know.

What the Cowgirls and Gajewski are doing is a textbook program rebuild, and it stinks it got put on hold a year after they made it to Oklahoma City.

The spring is such a good time to hear about how those recruits you’ve had your eye on for a while but haven’t seen on the field yet are doing.

Names like Langston Anderson, Deondrick Glass, Shane Illingworth, Dezmon Jackson and even a Kody Walterscheid. Those storylines take a backseat in the fall with the season being so close (unless they start making an on-field impact). But the spring is when you get a better understanding for the program’s future, and that was lost because of the shutdown.