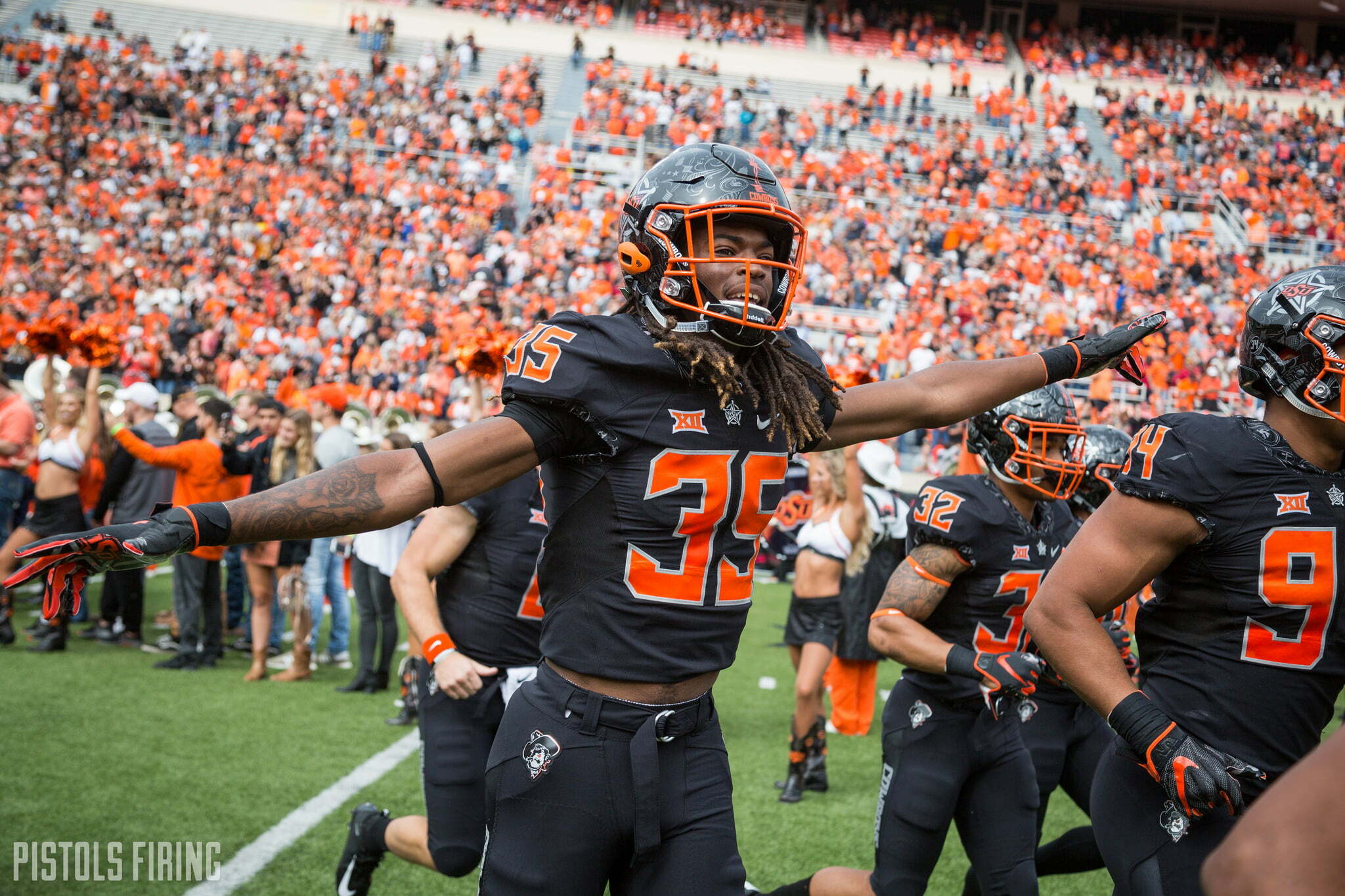 In the world we live in (or some other Gundy phrase), football doesn’t stop. Sure, Oklahoma State still has the upcoming Liberty Bowl, but looking forward is always fun. So, here are five questions for next season.

1. How will the Catches be Distributed?

All of OSU’s the receivers can come back next season.

Tylan Wallace has caught 30 percent of Taylor Cornelius’ completions this season, so it’ll be interesting to see if that number decreases next season with a new quarterback or if those 10 guys have to share the other 70 percent.

2. How Does Dezmon Jackson Fit into the RB Rotation?

It was no secret the Cowboys needed at least one extra running back in this recruiting class, as they are down to only Chuba Hubbard, LD Brown and Jahmyl Jeter on scholarship.

Getting junior college transfer Dezmon Jackson was interesting to me, though, because you’d expect he would be more Division-I ready than a high school kid, considering he is entering OSU as a junior. I think it’s as clear as Gundy’s feelings about social media that Hubbard will be the feature back next year, and at this point, I think Brown will be RB2.

Jeter hasn’t played this season, but he is getting more reps in these bowl practices, so it’ll be interesting to see how many backs Gundy wants to rotate in. Jackson is an X-factor in all this.

3. Will Coaches Look at the Four-Game Redshirt Rule Differently?

It’s Dec. 12 and neither Spencer Sanders nor Dru Brown have taken a snap in game in an OSU uniform.

With the four-game rule being such a new thing, I’m sure there will be a ton of trail and error, so maybe next season Gundy and the gang will have a different take.

Needless to say, there will be a lot of opportunities for guys to fill holes next season. The obvious go-to guy will be defensive end Mike Scott, who has three sacks this season. Other contenders include Brock Martin, Brendon Evers, Cameron Murray and Triston Grant, all of whom are underclassmen this season. Junior college transfer Sione Asi is on the way in, and with how young the group is, it might mean incoming freshmen such as Trace Ford could get a look.

OSU has two coaches dedicated to coaching defensive linemen, so there will be a lot of eyes into redeveloping the Big 12’s sack-leading defense.

Speaking of coaching, it’s been widely documented that the Cowboys don’t have a special teams coach. They’ll also enter 2019 without a returning punter.

Zach Sinor and Matt Hockett are both fifth-year seniors in 2018. The Cowboys have a 2019 commitment from Australian punter Tom Hutton. Options on OSU’s current roster are kickers Alex Hale (another Australian), Jake McClure and Matt Ammendola. McClure might be the early favorite, he has punted twice this season. Both of his punts went 50+ yards and one got downed inside the 20.