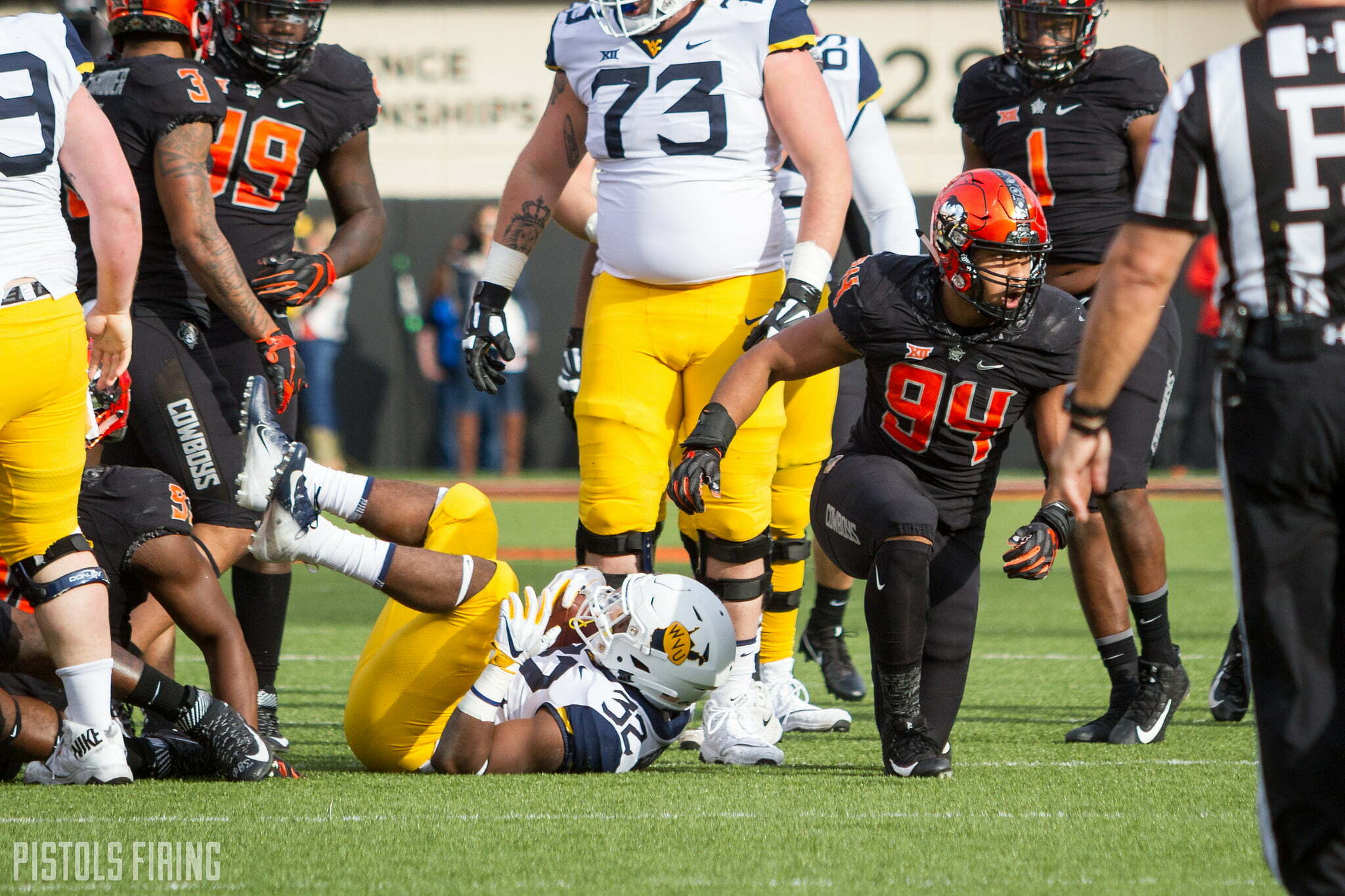 The Oklahoma State defensive line had a handful of impressive stats this season, but in the grand scheme of things, it wasn’t a great season for any unit on the Cowboys’ defense.

Perhaps more so than offense, defense is one fluid unit, so even if one position group is doing it’s job, it might not show because something is going wrong elsewhere. This makes grading defensive position groups fairly a little difficult, but here we go.

You can say a lot of how Jim Knowles 4-2-5 system was implemented, but for better or worse, it created some chaos.

The Cowboys had 33 quarterback hurries in the regular season and had a Big 12-high 39 sacks. Defensive linemen had 26.5 sacks, which is higher than five Big 12 team’s total sacks at the end of the regular season. Since sacks started getting tracked in 1981, the 39 OSU has had this season ranks sixth in school history.

The major culprit of said havoc was Jordan Brailford.

Brailford, a redshirt junior, had a conference-high nine sacks in the regular season. That ties him for ninth in a season in school history. Brailford also had a team-high six quarterback hurries, and his 65 tackle for loss yards is more than double Justin Phillips’ 32, who was second on the team in the stat.

Brailford walked on Senior Day, and while it doesn’t lock him in for the NFL Draft, it looks likely. If this is the end to his OSU career, it’s a nice story for a player who went through two redshirt seasons and fought various injuries to still get a shot at the NFL.

With all the heat Knowles sent the quarterbacks way, it left quite a bit of running room.

The Cowboys were worst in the Big 12 at running defense, giving up 178.8 rushing yards per game. That number looks even worse considering the OSU defense didn’t have to go against OSU’s second-place rushing offense.

An area the OSU rushing defense particularly stunk in was containing quarterbacks. This is like because of how viciously the Cowboys’ defensive ends went for sacks, resulting in players getting out of their gaps and allowing mobile quarterbacks room to roam. Here are some good to decent rushing games quarterbacks had against OSU.

This is something that can’t be solely placed on the D-line as it also relies somewhat on the linebackers, but regardless, allowing a Missouri State quarterback to run for 109 yards after being sacked five times is not a good look.

This was not a good year for turnovers caused for OSU, but it wasn’t necessarily the D-line’s fault.

The Cowboys were tied for fifth in the conference with seven fumble recoveries. Fifth isn’t ideal for a program used to second or third, but it could be worse, like the league-low five interceptions OSU had this year. Defensive linemen had three forced fumbles and three fumble recoveries. Not great, but not embarrassingly bad.

Fact: Getting to the quarterback is an awesome thing to do, especially in the Big 12. Also fact: That doesn’t matter much if you have the worst run defense in the league.

Glenn Spencer’s defense was often critique for not pressuring enough. Knowles went to the other extreme in many ways, bringing too much pressure and leaving gaps for teams to exploit.