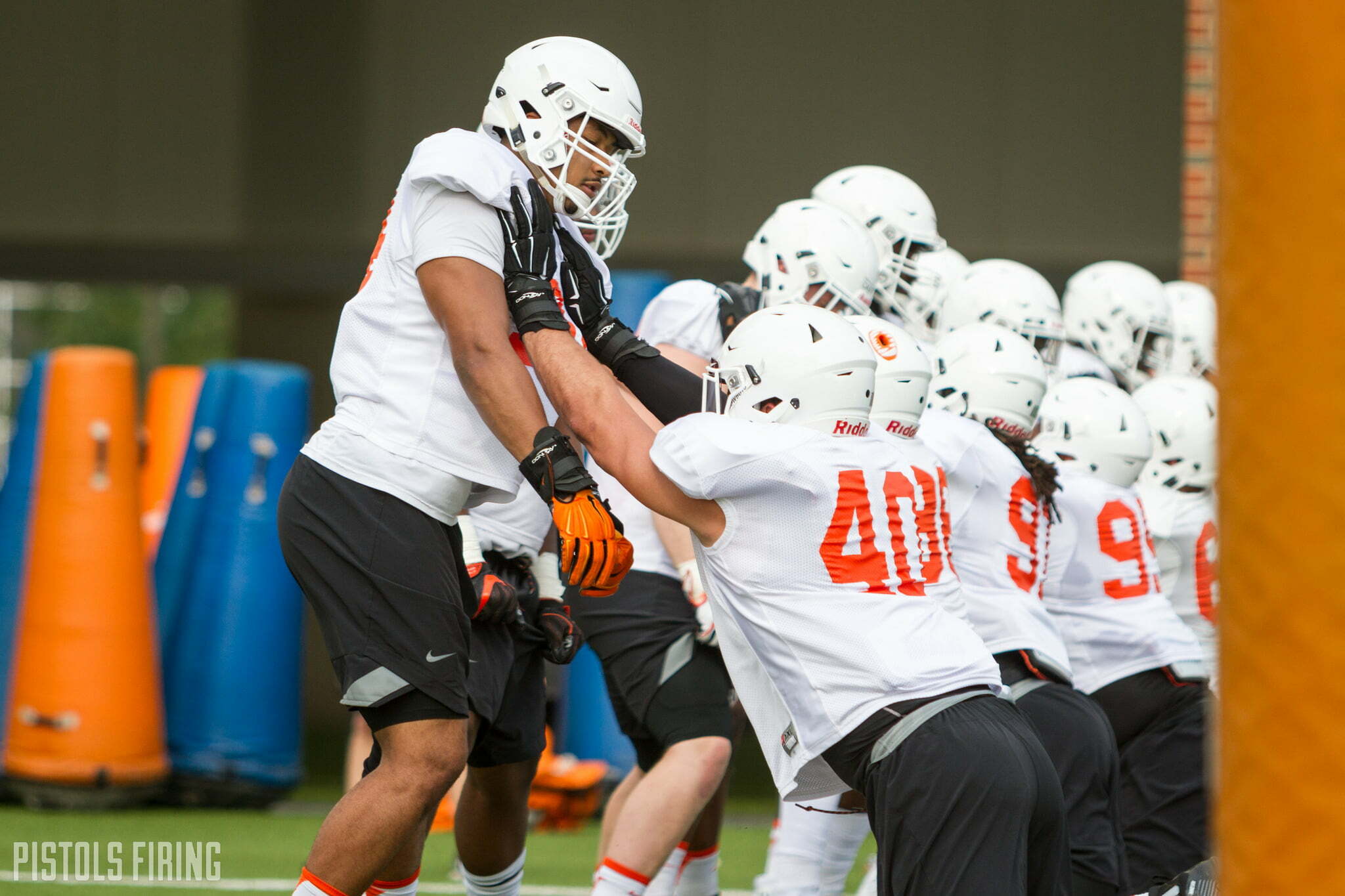 The start of college football just a few days away and Oklahoma State has several questions that need to be answered, mainly surrounding quarterback play and how successful a certain first-year defensive coordinator can be.

We know all about those that have moved on, a handful of which are playing on Sundays. So let’s look at what the Cowboys have returning. He are strongest and weakest groups from an experience standpoint as we scan the depth chart.

For our purposes we are looking at overall starts returning for each group, with a side note of average starts per spot (there are five starting linemen so we average the starts across those five spots).

*Kenneth Edison-McGruder has eight starts at the Star Linebacker spot.

The defensive line leads the way with 55 total starts, but also has a mix of young talent ready to make hay. Joe Bob Clements gets a gold star for the overall depth he’s built in this unit.

“Strongest position? Defensive line,” said linebacker Justin Phillips at Big 12 Media Days. “We have about five or six seniors on the defensive line. Whenever you’re taking that many veterans out there, you can ask so much from them.”

Those five seniors should make for some needed experience and depth for a group that will need fresh legs in Jim Knowles’ new aggressive 4-2-5 defense.

For a group that lost 113 starts with the expired eligibility of Zach Crabtree, Brad Lundblade and Aaron Cochran, landing at No. 2 is not too shabby. Think about where OSU’s offensive line was three or four years ago.

But if you look at starts per lineman on the field, this is one of the least experienced groups on the team. Add in the move of Larry Williams to right guard on the latest depth chart and that’s one fewer big guy up front with starting experience.

However, as Mike Gundy pointed out, the numbers in the group are as high as they’ve been in years. Josh Henson has done yeoman’s work in trying to restock the cupboard in the trenches, and OSU is better suited to replace three starters than it’s been in the last half decade.

Whichever way you look at it, the safety position is lacking in experience. Kenneth Edison-McGruder’s eight career starts at linebacker should be included, but after him Thabo Mwaniki is the only experienced starter. Chance Cook left the program with one start under his belt.

Now with his additional “Bandit” position in the secondary, Jim Knowles will be leaning heavily on a group of mostly unproven contributors at a crucial position.

With Britton Abbott returning as the penciled-in starting Cowboy Back, experience doesn’t seem to be a big issue for Jason McEndoo’s hybrid fullback/tight end group.

What’s intriguing is the addition of another CW spot on the most recent depth chart. Occupying that other spot is Logan Carter or Jelani Woods. It will be interesting to see how OSU uses the group in its retooling offense. Woods and even other tight ends like Jake Ross and Baron Odom could provide a dynamic weapon to OSU’s passing arsenal.

The dearth of experience at cornerback was a huge storyline heading into 2017 with exactly zero starts returning at either cover spot. It showed at times down the stretch, but those two young guys made plenty of plays to go along with the lumps they took.

Now the pair are among the most experienced defenders on OSU’s roster, but that’s where the starting know-how ends.

OSU added Texas A&M graduate transfer Keman Siverand and receiver-turned-corner Tyrell Alexander to the group, as well as freshmen like Tanner McCallister and JayVeon Cardwell. Redshirt freshman Lamarcus Morton also made the two-deep. Look for the coaching staff to try to spread the reps around the group early in case any any CB2s are needed later in the year.