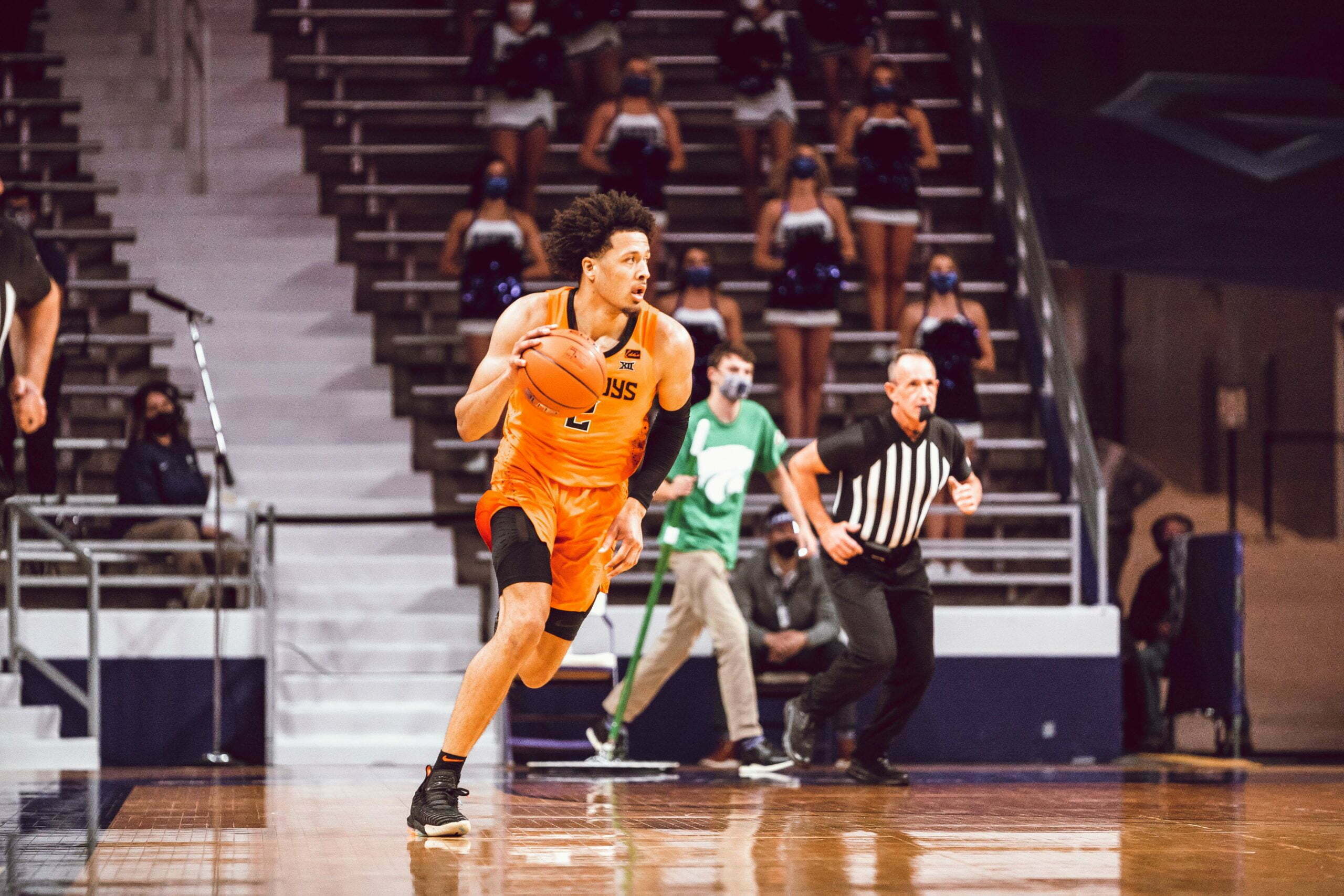 Bill Self knows a thing or two about landing a top-ranked recruit and what that can do to impact a program.

At Kansas, Self landed Andrew Wiggins, the top prospect in the 2013 class, and Josh Jackson, the top guy in the 2016 class. At Self’s media availability Monday, he was asked what Oklahoma State landing Cade Cunningham could do for OSU, Self’s alma mater, going forward.

“The ones like Cade, they’re one-and-dones regardless of where they went to school,” Self said. “Andrew is a one-and-done regardless if he came to Kansas or not. There’s other places out there that get those players. Now, do those places help develop them and prepare them for the NBA and style and stuff like that? Absolutely. But I think that getting a player like Cade and him going high in the draft will encourage other top prospects to say, ‘You know what, I can go to Oklahoma State, and this could happen to me.’

“I think that’s helped us in the past, and of course we haven’t landed those types of prospects in the last two or three years, but there will be a time where we do and when that happens, that kind of opens the floodgates a little bit to others.”

OSU’s 2021 class doesn’t show it yet, as the Cowboys don’t have a 2021 commitment. But OSU is set to return a lot of their roster next season. It will be interesting to see what Cunningham’s trajectory does for OSU in recruiting over the next three or so years.

Self and Kansas are always involved with high-level prospects. Cunningham boasted a KU offer, but Self said they didn’t put a ton of time into recruiting Cunningham once Cannen Cunningham was added to Mike Boynton’s staff.

“We talked to Cade,” Self said. “Certainly, [KU assistant] Jerrance [Howard] was involved with Cade, but after his brother was hired at Oklahoma State, although I know other schools were in there until the end, we weren’t one of the ones at the finish line, though. We felt like we could probably put our time and energy into others that we maybe had a better shot at getting. He’s certainly worthy of all the accolades that have been thrown his way so far. “

Self was asked Monday what stands out about Cunningham, and it checked out with what basically everyone has said about the 6-foot-8 playmaker.

“What I like about him the most is he’s a player — he’s just a basketball player,” Self said. “He can play one through four, maybe five. He rebounds his position. He’s got size. He’s got unbelievable vision. He can score at all three levels. He’s got great pace, and the game is in slow motion to him, which is very, very difficult for most young kids to feel like. I feel like if you ask most freshmen, the game’s in fast forward, and he’s got it in slow motion. I think that’s an attribute to his IQ and his feel and also his talent.”