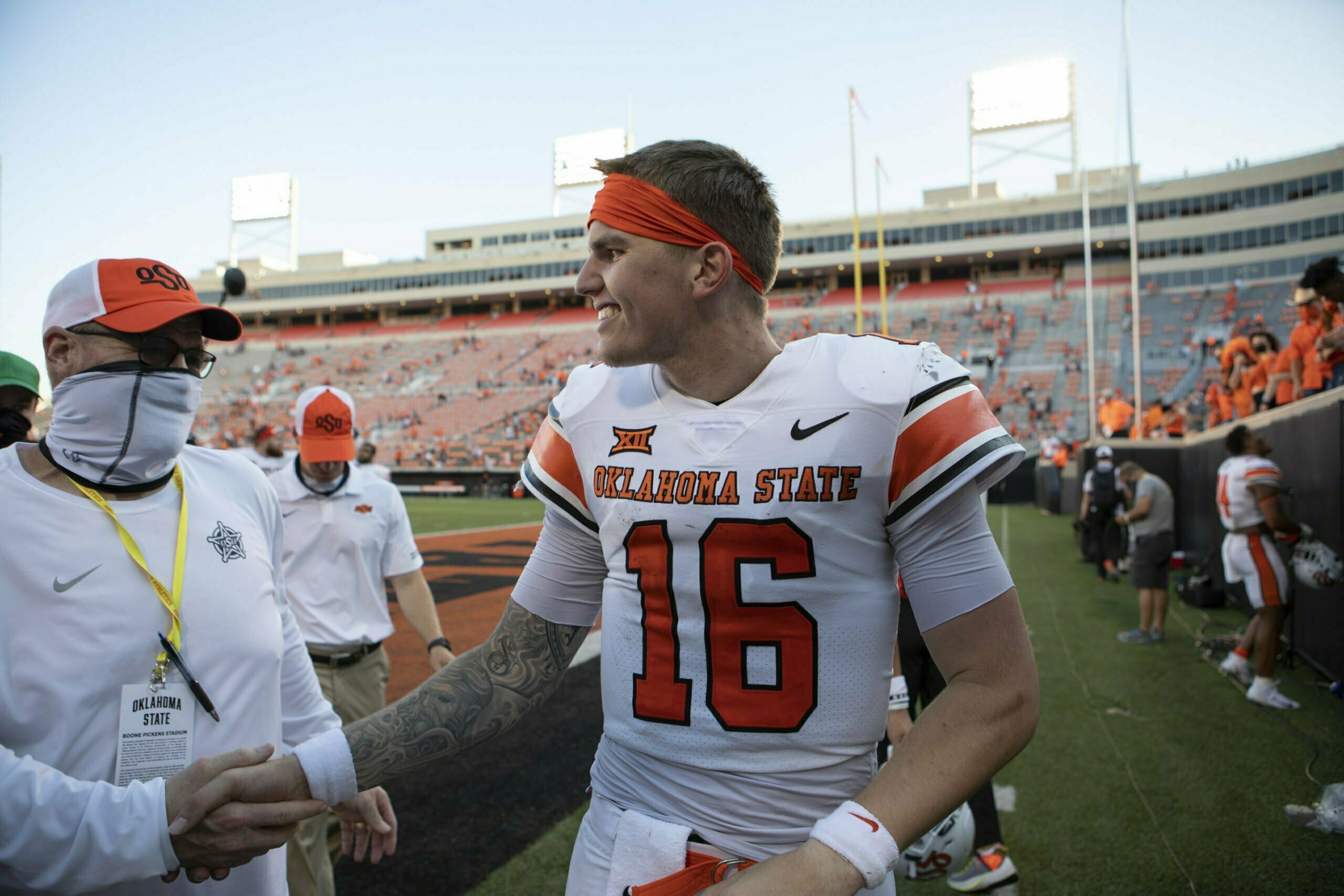 For the second consecutive week, Shane Illingworth will start behind center for the Cowboys.

It’s Illingworth’s second career start in just his third game. Spencer Sanders is dressed, and it sounds as if he’ll be available on an if needed basis.

Sanders started Oklahoma State’s season opener against Tulsa but played only two series before suffering a lower body injury. He hasn’t played since.

On OSU’s pregame radio broadcast, OSU coach Mike Gundy said Sanders was about 70 percent last weekend and should be at least about 80 percent this weekend.

If Sanders isn’t used at all Saturday, OSU will be able to steal a week toward his recovery with the Cowboys having an open week next weekend before traveling to Waco.

There is concern from some, though, that Sanders hasn’t played a ton of live football since getting injured against Kansas last season. That game was Nov. 16 and saw him miss the rest of the 2019 season sans a few snaps in the Texas Bowl.

In his first start last weekend, Illingworth went 15-for-21 for 139 yards and an interception.