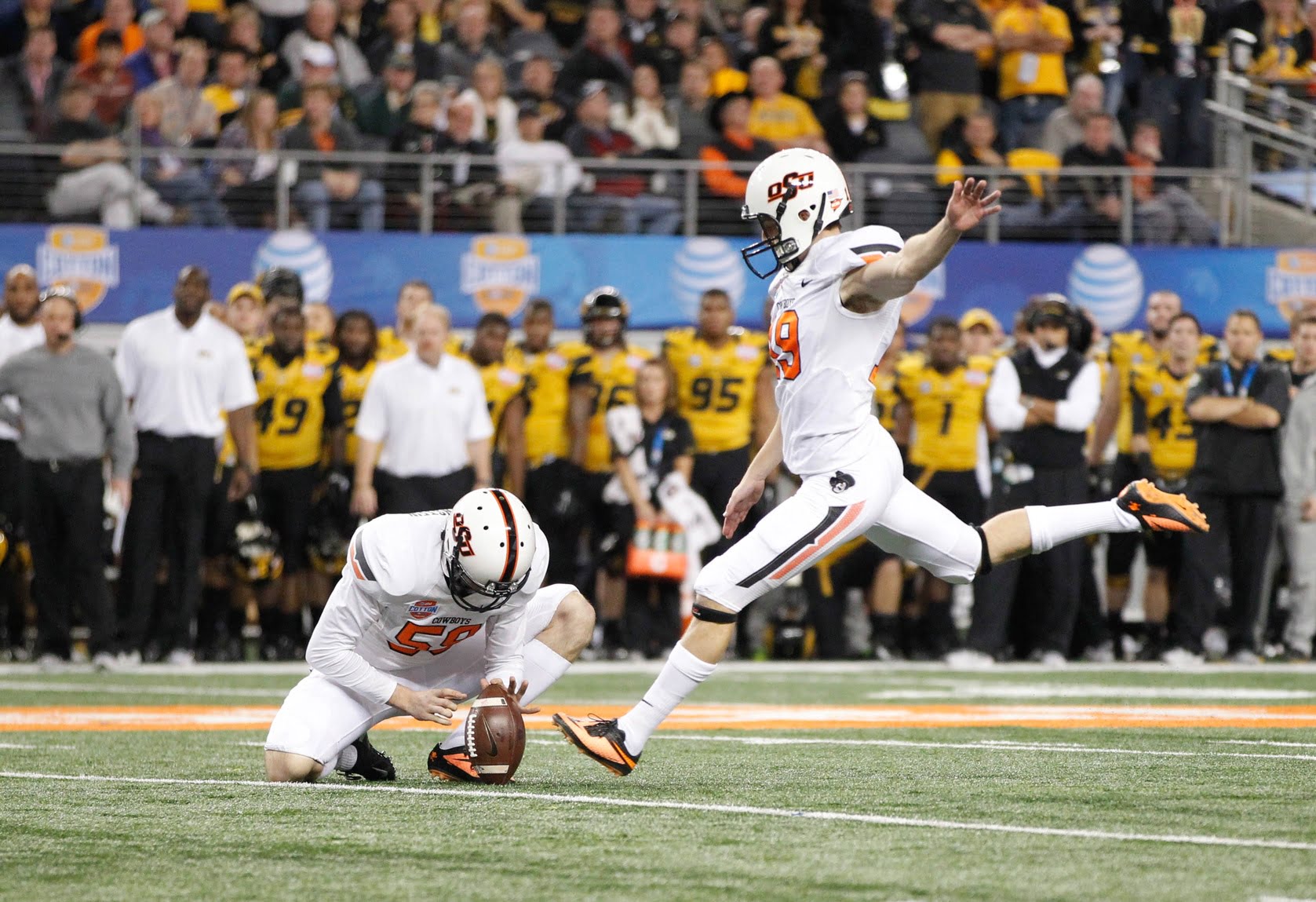 This post was inspired by a comment from Dylan in yesterday’s five things we learned from the UTSA game.

Ben Grogan has been, uh, less than stellar from outside 40 yards. As Mark Cooper outlined in last week’s Tulsa World Grogan was 2/8 from 40+ yards in the last two years.

After the UTSA game and that bank shot he’s now 3/9.

The question Dylan posed yesterday is whether or not OSU should just start going for it when a 40+ yard kick is on the line.

There are a lot of variables here and this won’t be perfect but I want to give it a shot. I feel like my training wheels are off by not consulting OKC Dave on this.

The New York Times has a tremendous piece on whether or not NFL teams should go for it, kick a FG, or punt in various scenarios. It’s worth all your time to read it but I’ll try to apply its principles here.

Let’s jump right into an example because I think that’s going to be the easiest way to understand this.

Let’s say OSU has it on Texas Tech’s 25 and it’s fourth and five next Thursday night in the second quarter. Your options are either a 42-yard field goal or going for it.[1. Gundy not gonna punt, bro.]

If you go for it, here’s how your expected points equation would work:

41 percent success rate[1. OSU ran 79 plays in the UTSA game and 41 percent went for five or more yards. That’s a small sample size but I’m not going to count up all of the games.] X 4.4 expected points by getting a first down at the 20-yard line[1. See here for college football-wide data.] + 59 percent failure rate X -1.7 expected points for your opponent getting the ball and a fresh set of downs at its own 25.[1. Again, see here.]

That all adds up to an expected return of +0.80 points if you go for it.

33 percent success rate X 1.3 expected points by making the field goal[1. You have to kick off after making a field goal and OSU’s opponents start, on average, on their own 27 which is worth -1.7 points to OSU. This has to factor in.] + 67 percent failure rate X -1.7 expected points for your opponent getting the ball and a fresh set of downs at its own 25.

So because Ben Grogan is bad from 40+ yards and because college teams (especially teams like Tech) are prone to scoring quite often when they get the ball back you are, in fact, giving up about 1.5 points by rolling Ben Grogan out for a 42-yard field goal.

Even crazier is that he would have to kick 40+ yarders at about a 65 percent clip to make it worth your while to send him out which is why that New York Times article suggests going for it quite often. 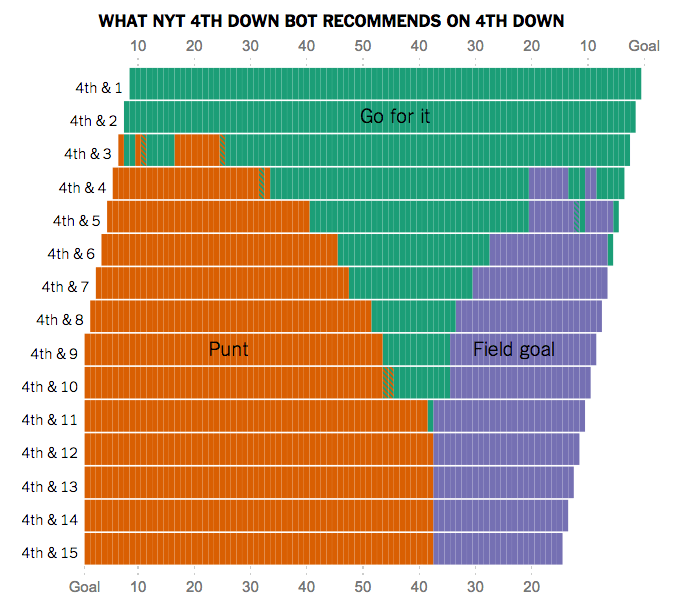