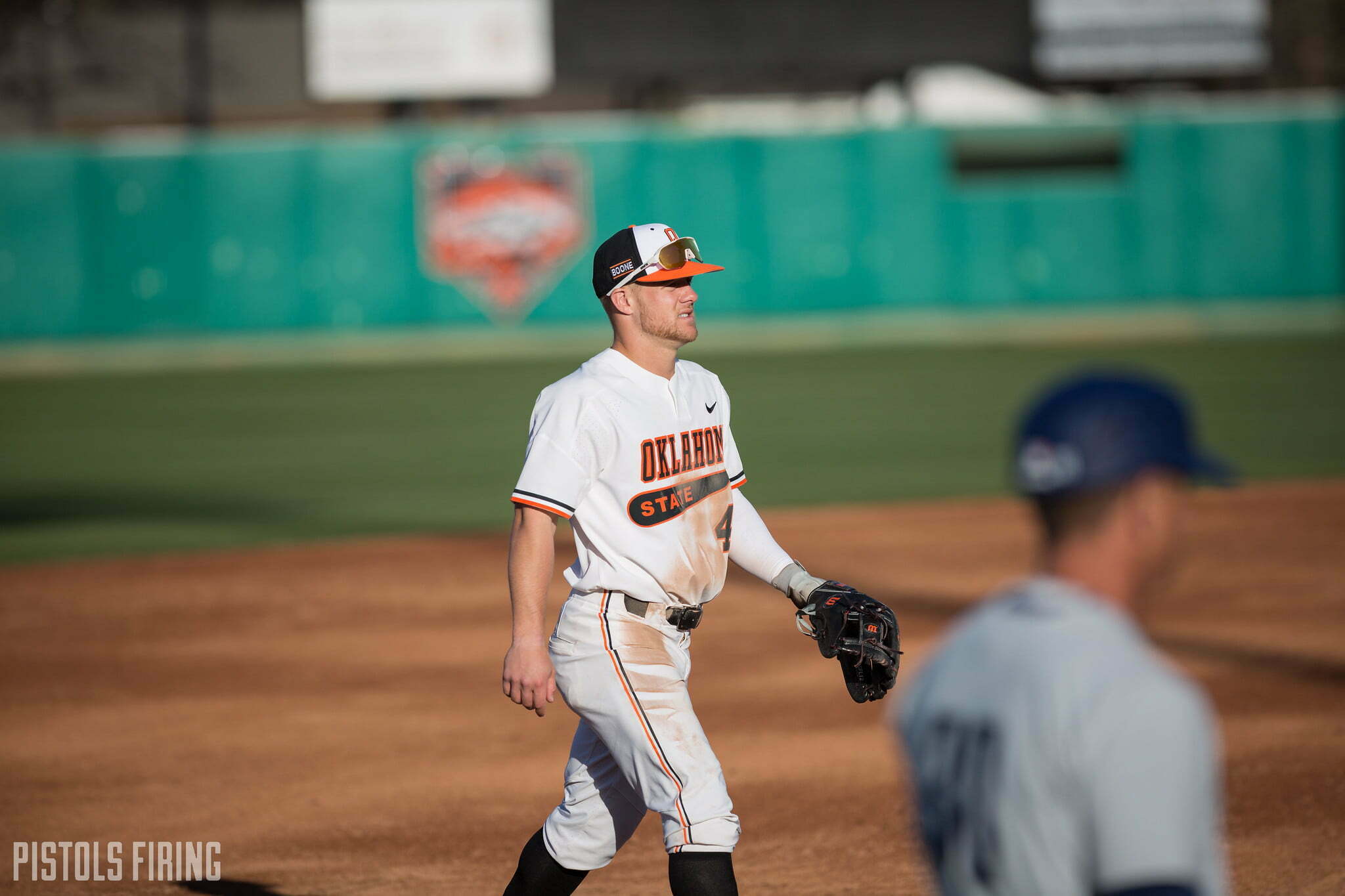 A shortened Major League Baseball season is finally set to start at the end of July, and some former Cowboys are in a good spot to contribute to the 60-game schedule.

MLB teams had to submit their initial 60-player pools on Sunday. The pools consist of players the organizations will bring to their second “spring” training. Six former Oklahoma State players made their way into those pools. Pools can still be expanded, as some teams didn’t use their full 60 slots.

Just because those players made their teams’ 60-man pool doesn’t necessarily mean they’ll play in the majors this season. Teams will have a set 30-man roster on opening day and within a month of the season’s start that number will be down to 26.

But without a minor league season this year, this gives some organizations a good chance to look at some younger prospects. Here is a quick rundown of the former Pokes who did make the 60-man pools.

Jordy Mercer: Mercer is entering his ninth Major League season, but just his second with the Tigers.

In 74 games with Detroit last season, Mercer recorded 69 hits and a .270 batting average. That average is the second-best he has had in a season in his career. He had a career-best .747 OPS and a career-high .438 slugging percentage last season.

Tyler Lyons: Lyons is entering his second season as a Yankee and eighth in the bigs in total.

Lyons played for three organizations in 2019. He made 11 appearances for the Yankees where he had a 4.15 ERA.

Andrew Heaney: Heaney is in his seventh season in the majors. In 79 career appearances, Heaney has a 4.44 ERA.

He made 18 appearances for the Angels last season where he had a 4.91 ERA.

Donnie Walton: Walton made his Major League debut late last season after working his way up through the Mariners’ farm system.

Walton played just seven games in the bigs last season where he was 3-for-16 (.188) at the plate. Before the Coronavirus put an end to spring training earlier this year, Walton had a .222 batting average in 14 games, where he hit a home run, a triple and a double.

Thomas Hatch: Thomas Hatch has yet to make his Major League debut, which makes his inclusion on the Blue Jays’ 60-man pool an exciting one.

In four outings in spring training, Hatch had a 3.38 ERA, where he allowed just one hit from the 20 batters he faced.

Kaden Polcovich: Polcovich spent just one season (really just a half a season) in Stillwater before the Mariners selected him in the third round of the shortened 2020 MLB Draft.

Before the stop of the college baseball season, Polcovich had a .344 batting averaged and started all 18 of the Cowboys’ games. He had a team-best .494 on-base percentage thanks to his cool demeanor at the plate that saw him draw 19 walks.