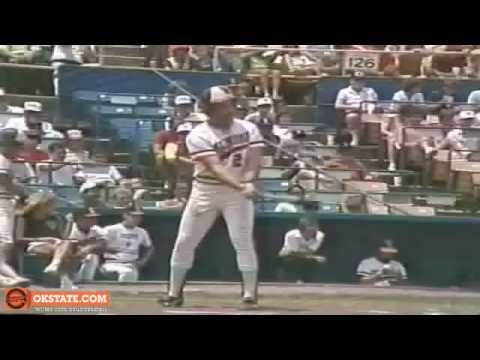 Big thanks to all the PFB readers out there, it’s been a blast so far and I absolutely can’t wait until football season. Enjoy graduation, enjoy the Derby, and have a great Mother’s Day with your families.

OSU posted this crazy awesome video of Pete Incaviglia earlier this week and I would be remiss to not share it. For those of you who didn’t start following OSU until a later age or aren’t old enough to remember, Inky was probably the best college baseball player in the history of the sport.

For whatever reason I was talking with one of my friends the other day about great college baseball seasons of the past few decades and Khalil Greene’s senior season came up. So I looked up the numbers and it was pretty good (.480 average, 26 bombs, 86 RBI). As terrific as those stats are though, Incaviglia embarrassed what was one of the most prolific statistical season of my lifetime to the point that you wonder, “what was wrong with Khalil Greene?”

And yes, I do love working Greene into a college baseball post, he was my Steph Curry of the late 90s early 2000s.