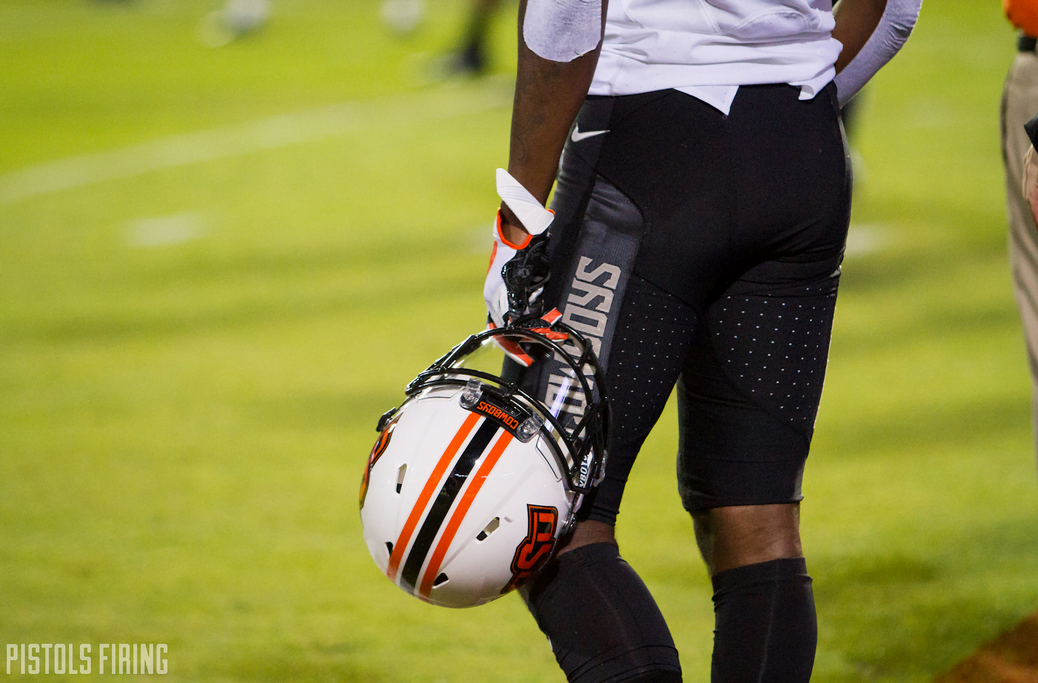 Let’s dive into the action you missed from your timeline over the last week.

Despite a rough showing against Nebraska in Sioux Falls Sunday, Yor Anei had his best offensive game of the year.

The freshman @yor_anei set a career high in points scoring 17 on the night off of 7-10 shooting.

13 of his points came in the second half. ? #c2e #okstate pic.twitter.com/Yd0LYmOYad

It was also great to see Curtis Jones in action. Here’s his first bucket for the Pokes.

The Pokes are spreading Christmas cheer this season as well!

Doing some Christmas shopping for some friends of ours. Can’t wait to deliver them soon. #c2e #okstate pic.twitter.com/6UJ0jpO2PT

Hill is graduating in six semesters(!), and earning a stellar GPA in that stint as well.

Congrats to Justice Hill on being named the Big 12 Football Scholar-Athlete of the Year!
?: https://t.co/cKawz0TpH6#okstate #GoPokes pic.twitter.com/Nv1KBewLhx

The sophomore WR may have been robbed of the Biletnikoff, but has still gotten a fair share of recognition.

Add another All-American receiver to the #okstate record books!#GoPokes pic.twitter.com/rBAOrcm2i4

Tomorrow is the beginning of the early signing day period.

My favorite recruiting edit. Ever.

I will be signing Wednesday, December 19th @ 12:15 PM in the @Steele78108 auditorium! Everyone is welcome! #GoPokes ?? pic.twitter.com/tjsN7SDzkS

Had a great time at OSU pic.twitter.com/OJM7w9eqTl

No LaRon Stokes. Don’t do it.

Gundy took some recruiting trips in the swagcopter. Lets hope this one pays off and Anderson signs with the Pokes Wednesday.

Great to see these young men getting their degrees!

We honor and celebrate our 2️⃣0️⃣ graduates. ??

Brendan Costello, a QB headed to Stillwater in the Class of 2019, looks to make a good impression on coach Gundy with ignoring Twitter rumblings.

Just had a good conversation with #OKState QB commit Brendan Costello. Plans to enroll Jan. 9. Says he's not paying attention to rumors about OC Mike Yurcich/Tennessee. "I block out that noise."

Says he's not frequently on Twitter. "I'm sure Coach Gundy will appreciate that."

Add this one to the win column! Oklahoma State comes out on top of Bedlam wrestling for the 141st time in series history! ?? #okstate

The Pokes move to 141-27-10 all-time against the Sooners! pic.twitter.com/azYysxQR5t

Pokes in the Pros

James Washington showed out on Sunday. Here’s a good look at one of his best grabs.

I love this halfcourt set from Belmont.

This beautiful Belmont Backdoor Game Winner is a go to set that Rick Byrd has used for years.

Watching Villanova take KU to the wire makes OSU’s loss to ‘Nova earlier this season much easier to swallow.

PHIL BOOTH THAT WAS NASTY pic.twitter.com/cnkSKQ0BcF

You need a few minutes to watch this clip. But its worth it if you’ve got the time.

Russell Westbrook's beef with Patrick Beverley began because of an injury, and may never end.

This is BEEF HISTORY! pic.twitter.com/0Po3Co2fMz