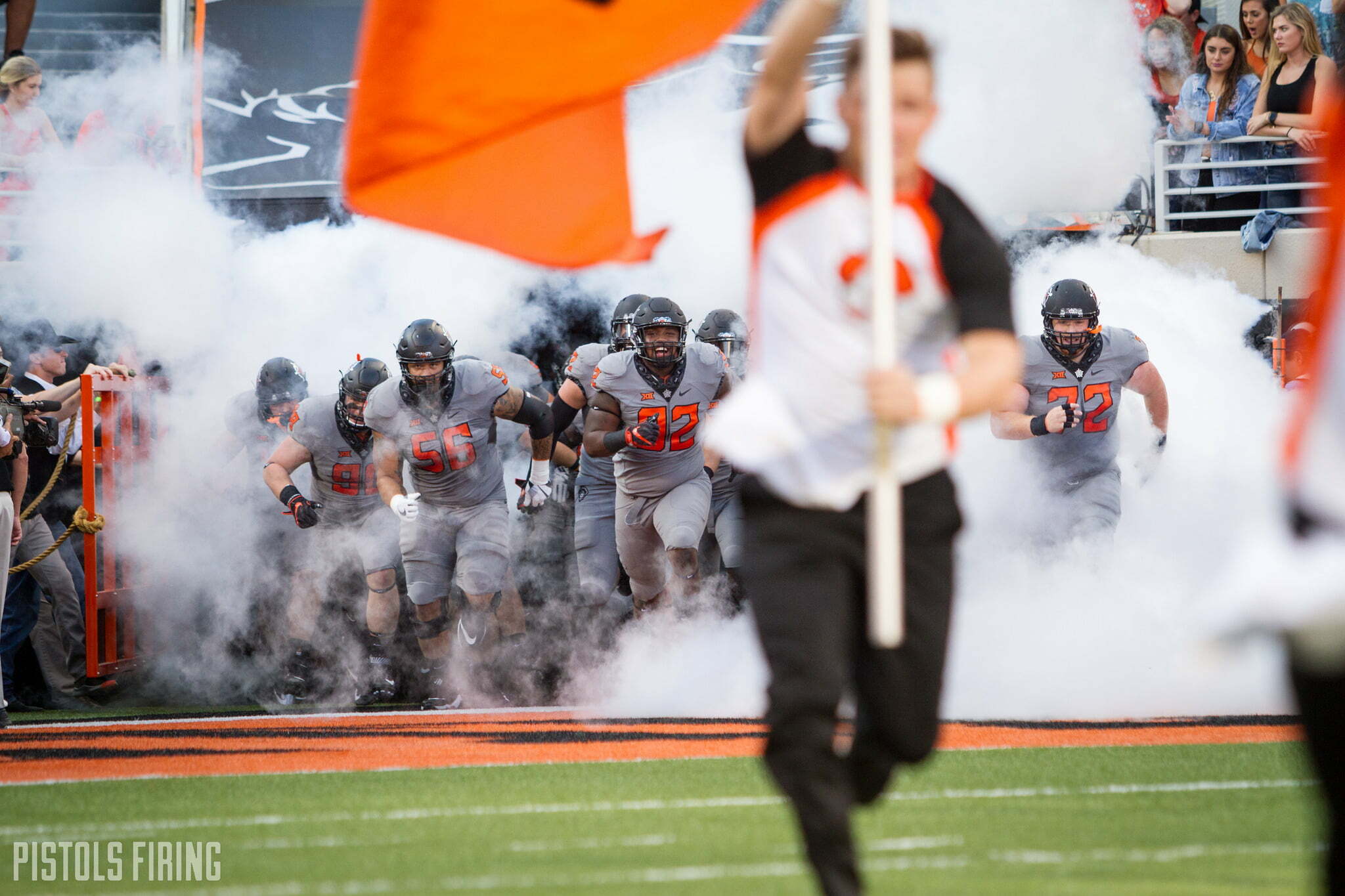 The college football early signing period begins on Wednesday and Oklahoma State currently has 19 commits they hope to sign. As we get closer to this mid-week event, I wanted to take a look at four things I hope that happen in relation to OSU recruiting.

Four-star wide receiver Langston Anderson revealed that he will be sending in his letter of intent early Wednesday morning and then publicly announcing this decision at 4 p.m. Kyle Boone wrote about Anderson’s announcement and our predictions on where he ultimately lands yesterday.

There have been some recent rumblings that Anderson will choose Oklahoma State per Steve Wiltfong, 247Sports Director of Recruiting.

“Talked to a source on Sunday night that said Midlothian (Texas) Heritage four-star receiver Langston Anderson is likely headed to Oklahoma State. The Lone Star State speedster who caught 18 touchdown passes as a senior is also considering Baylor and Ole Miss among others.” [247Sports]

In addition, there have been six 247Sports Crystal Ball predictions submitted since Sunday and all six have Anderson landing in Stillwater. There have also been two Rivals.com analyst FutureCast predictions in the past few days and they both have the Texas product continuing his career at Oklahoma State.

Anderson would be the second-highest rated Cowboy recruit in 2019 behind Grayson Boomer and would be the only wide receiver in this recruiting class.

The five-star running back announced he will make his college decision this upcoming Wednesday as the early signing period opens. If Sanders signs with Alabama, the Crimson Tide will now have two running backs in the 2019 class, and most likely won’t have room for four-star Deondrick Glass. This affects Oklahoma State because Glass currently has the Cowboys in his final six schools, along with Alabama, Georgia, Michigan, Miami and Texas.

Glass previously stated that Alabama was the favorite, with Oklahoma State in second. If Sanders chooses Bama, as 91 percent of the 247Sports Crystal Ball predictions think he will, this bodes well for the Pokes. However, it also bodes well for the other four schools in his final list.

Cain’s commitment will also be helpful in the Glass sweepstakes. As mentioned above, the Longhorns are one of Glass’ final schools, but if they get a commitment from Cain, they will have two running backs in the 2019 class and this may cause them to pump the brakes on Glass. Even if they don’t, this will most likely be unappealing to Glass as he will have to compete with two other freshman, along with the current running backs on the UT roster, for playing time.

Penn State is currently the favorite to land Cain on both 247Sports and Rivals.com, but Texas is still firmly in the mix. Although, even if UT lands Cain, there’s still quite a bit of time left until Glass’ decision date of January 14.

This seems pretty obvious, but you hope that all of the verbal commitments will sign with the Cowboys at the start of the early signing period. Mike Gundy seems pretty confident that most of the Pokes 2019 recruiting class will sign this upcoming Wednesday.

“We should be in pretty good shape to sign a full class other than maybe one or two. If we pick up one within the next four or five days, we’d be close. If not, we might have a couple left, just based on how it all pans out. But our reception’s been terrific. It looks like we’re in decent shape.” [Tulsa World]

I don’t expect anyone to hold off on signing early, but if for some reason they did, that would be a little unsettling in regards to where that player ultimately lands.