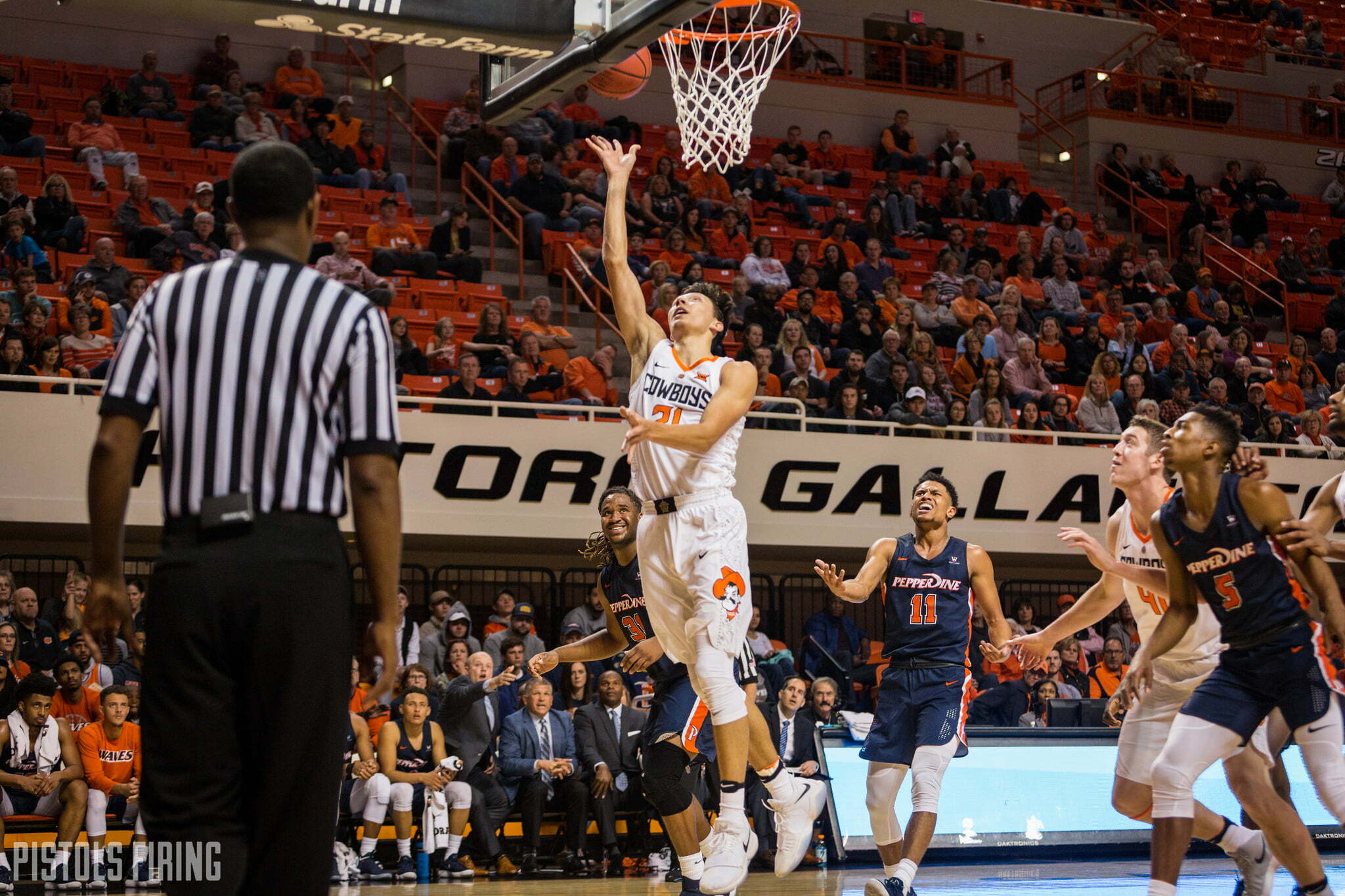 It’s become the hottest of topics when speaking about Oklahoma State basketball and its tournament chances: The non-conference strength of schedule. While we have debated it on Twitter and in the comments of PFB, it all really came to a head after Joe Lunardi’s segment with Scott Van Pelt on ESPN Monday night.

Joe Lunardi on #okstate’s NCAA tournament chances. Says they only have 11 wins due to cupcakes. pic.twitter.com/ZKpFLjWvmo

I realize everyone is up in arms, and promoting all of OSU’s great wins. They have a better “top-win” resume than just about anybody in the country.

The problem I think is that people view any win over a team with an RPI of 150 or worse as all the same. They are not. Yes, a matchup against any team RPI 150 to 351 should in theory be a cupcake game. But there are different degrees of cupcake.

Since we want to keep comparing it to football scheduling, think of it this way. A team with an RPI of 300 or lower, of which Oklahoma State played and beat four, is on par with scheduling an FCS football team that finishes their season with only one or two wins. Like, I don’t know, scheduling Savannah State in football.

Yes, OSU is just as likely to beat Rice in football as they are Savannah State, but you can’t tell me those are the same two things. And that’s the problem comparing basketball teams with an RPI of 150-250 and ones below 300.

I don’t love Lunardi’s comment. Especially the fact that he makes it sound like OSU would have been better off losing to more good teams than beating bad ones, but I think the point he is making is that perception matters. Would OSU lose at home to Lipscomb, who just won the Atlantic Sun tournament and has a record of 20-9 and an RPI of 104? Not likely. But there’s still a better chance of that happening than OSU losing to Mississippi Valley State (4-27, RPI 349).

The games against Wichita State, Florida State, Arkansas, and Texas A&M were all good. But they don’t make up for the fact that four wins came against teams that wouldn’t be better than a play-in-game 16-seed in the NCAA tournament even if they won their conference WITH a good record.

On the flip side, OSU got a little unlucky this year. Of OSU’s seven “cupcake” games, four of the teams had their worst RPI-seasons in the last seven years. Actually it could have been worse if UTRGV hadn’t had their best season since they became a Division-I program.

If Pepperdine, Charlotte, or Houston Baptist has the same RPIs this year that they had last year, OSU’s SOS would be better. It would still likely be in the low 100s to upper 200s, but better.

My suggestion to OSU next season would be to leave a team like Mississippi Valley State, who is always in the 300s, off the schedule.

None of this would matter right now if OSU had won two more games. Heck, if they had beaten Arkansas or Texas in those 1-point losses, OSU would be sitting with an RPI of 72 right now, and likely “in.” Comparing non-conference schedules only matters because we’re comparing bubble teams that all have flaws in their season. Based on the past, OSU’s nonconference is something the committee has had a problem with, thus, it seems likely they’ll be on the outside looking in unless they nab at least one win in Kansas City.

Look, I don’t like the RPI anymore than the rest of you. It’s an outdated, antiquated system that never gets it 100 percent right. But it’s the system we’ve got and the one we have to live in.

There is a simple fix.