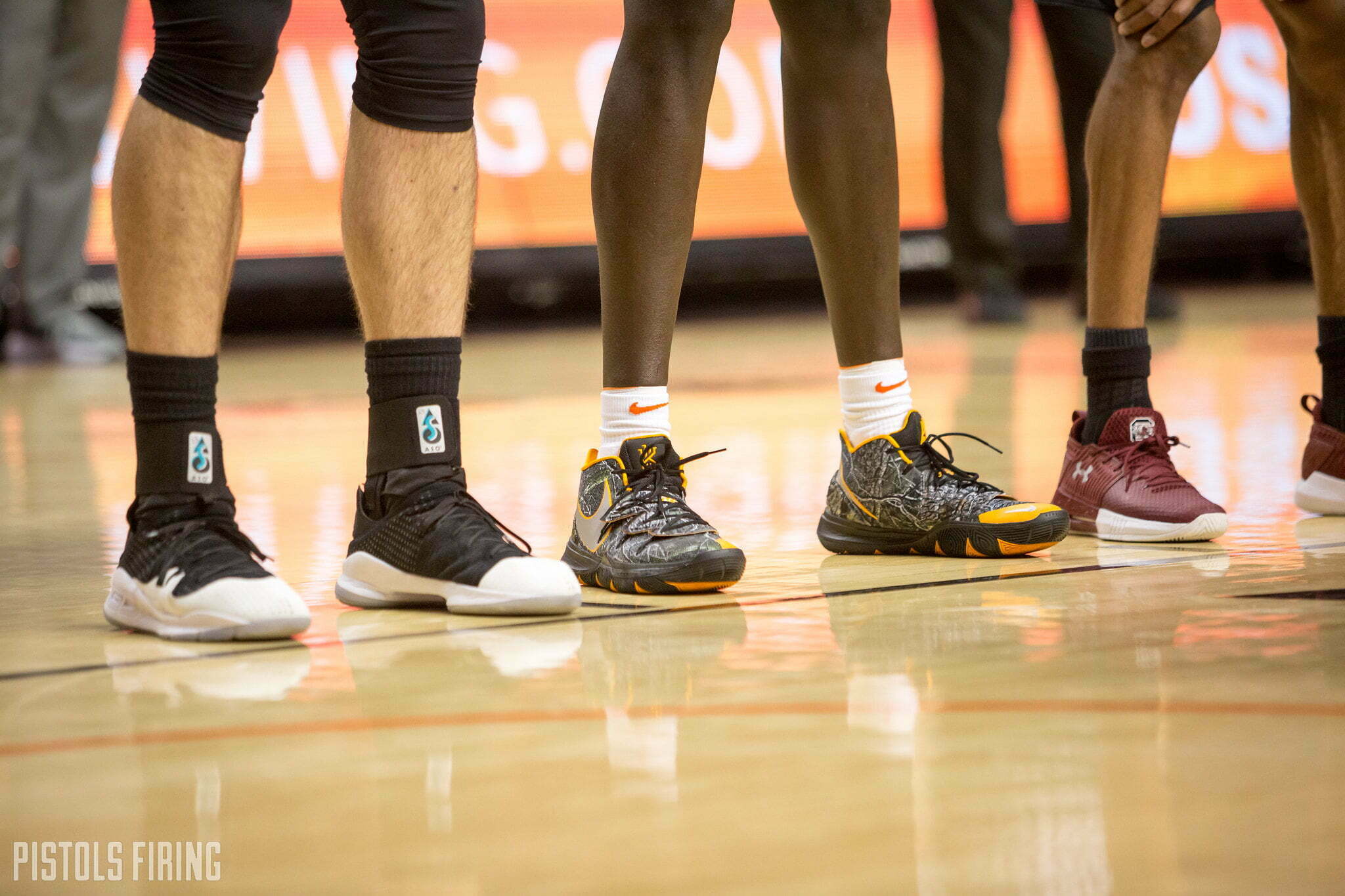 South Carolina avoided a postseason ban and a scholarship reduction when the NCAA’s Division I Committee on Infractions announced the program’s sanctions for its involvement with Lamont Evans on Thursday.

Oklahoma State was hit with a postseason ban and a loss of three scholarships for its involvement with the same coach. Evans accepted bribes from financial advisers to influence student-athletes.

Evans received a 10-year show-cause in both rulings, to where any NCAA member school employing him must restrict him from any athletically related duties unless it shows cause why the restrictions should not apply.

Here are a list of sanctions each program got slapped with for being involved with the same coach.

The same committee ruled on each case. Oklahoma State has since appealed its ruling. The Cowboys are eligible for the NCAA Tournament while the appeal is ongoing.

Oklahoma State received a Level I-Standard sanction, while South Carolina’s was ruled a Level I-Mitigated. (Evans’ own punishment was Level-I aggravated, which carried the show-cause.)

The Oklahoma State report also noted that Evans set up a meeting for another adviser and the mother of a non-Oklahoma State student-athlete who had declared for the draft.

The South Carolina report noted Evans agreed to arrange meetings with a South Carolina student-athlete and his family and influence them to retain an agent’s services. Although Evans did not actually arrange any meetings between the agent’s associate and student-athletes during his time at South Carolina, the committee noted that his conduct violated NCAA rules and does serious harm to the integrity of college sports.

So, with the same assistant coach involved, the differences of the cases are about $15,000 in bribe money and Evans setting up meetings and having the intent to set up meetings. The rulings from the NCAA’s Division I Committee on Infractions differ namely in an NCAA Tournament ban and a loss of three scholarships.