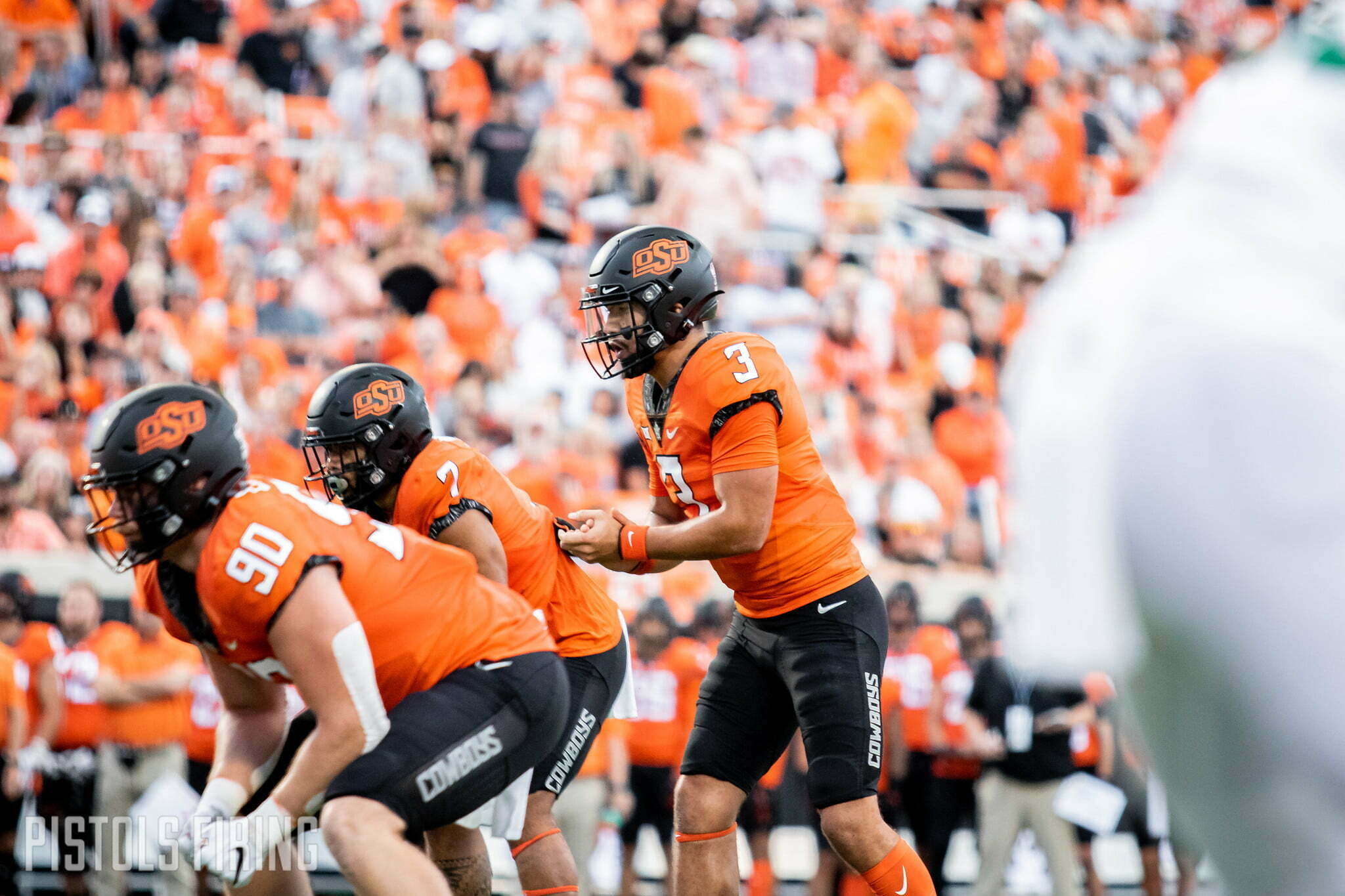 It’s the offseason, also known as the sports doldrums, AKA the time to start making lists and predictions. And that’s not different for oddsmakers.

Last week, Vegas Insider announced odds for the 2022 Heisman trophy, and the Big 12 was well-represented with its leading returning passer even getting a little love. The operative word is little.

Oklahoma State quarterback Spencer Sanders came in with +12,500 odds to win the prestigious award for the top college football player in the country. That’s an implied probability of just 0.79 percent.

That puts Sanders well behind the likes of Ohio State’s C.J. Stroud (the favorite at +200), Alabama’s Bryce Young (+350) and former foes like Caleb Williams (+800) and Spencer Rattler (+3,000). To add even more fuel to his fire, Sanders is tied for the seventh-highest odds among 10 Big 12ers on the list.

Texas running back Bijan Robinson had the closest odds in the league at +1,600, followed by his new QB Quinn Ewers at +2,000. West Virginia quarterback JT Daniels and OU’s Dillon Gabriel came in at 2,500 and 3,000, respectively.

Sanders supporters could take umbrage with his being at the bottom of this list, if they get fired up about that sort of thing. Sanders is not only the league’s leading returner and reigning All-Big 12 first-team QB, there’s reason to believe he could put up even flashier numbers than last year.

Sanders will have every opportunity to continue to increase his passing numbers like he has the last two seasons, especially with the turnover on OSU’s defense. The Pokes should be stout on that side of the ball, but it remains to be seen if Mike Gundy will trust his defense to win games for him like he did much of last season. That, and Sanders’ experience and command of the playbook, could result in OSU letting loose even more on offense this fall.

To find himself in the Heisman conversation at any point this fall, Sanders will need to up the consistency and turn down the turnovers that he’s become famous for, while still putting up big numbers. And most important of all is winning.

But if things fall right for Sanders and OSU, he could have plenty of chances to have his “Heisman Moment” late in the season like a November trip to Norman and, potentially, a return to the Big 12 title game.

For a list of the full odds, check out Vegas Insider.