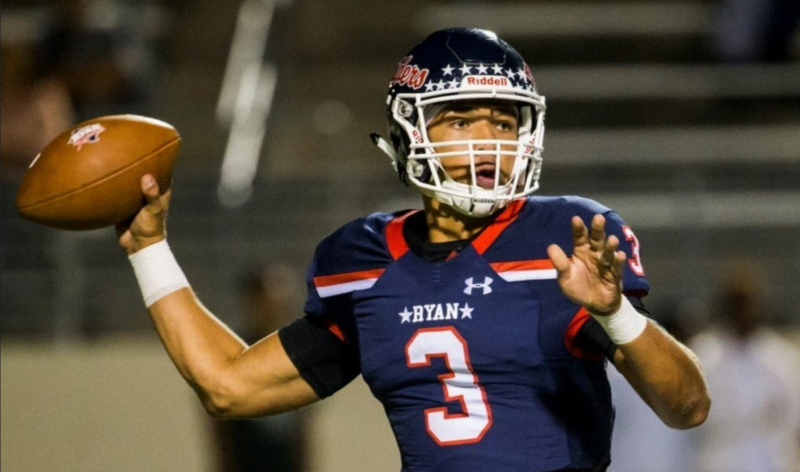 Spencer Sanders, Oklahoma State’s four-star QB commitment and potential starter next season, lead his team to a 5-5A state title on Thursday and a third-straight 10-0 regular season for the Raiders.

Sanders passed for 263 yards, rushed for 166 and accounted for four touchdowns as Ryan rolled 56-7 over Rider. He scored on three game-breaking plays, too: a 68-yard rocket across the middle which went for six, a 66-yard dash to put Ryan up 14-0 early, and a 45-yard touchdown toss to make it 21-0 before the half.

Doesn’t the future look so pretty?! ?

Also, isn’t it weird how identical this run was to the Clint Chelf Choo-Choo run?! Same field position, same play design — everything!

Afterwards, Sanders deflected the praise elsewhere despite nearly setting Denton’s turf on fire on the ground.

“This win has nothing to do with me,” Sanders told the Denton Record-Chronicle. “We do this as a team and we couldn’t do it without each other. The team chemistry is great right now, and it just keeps building and building.”

Ryan doesn’t yet know its first-round opponent, but the Raiders are locked in with the top seed in Class 5A Division I, and have the top QB in the class, too. They head into the postseason as the favorites to win the state title.