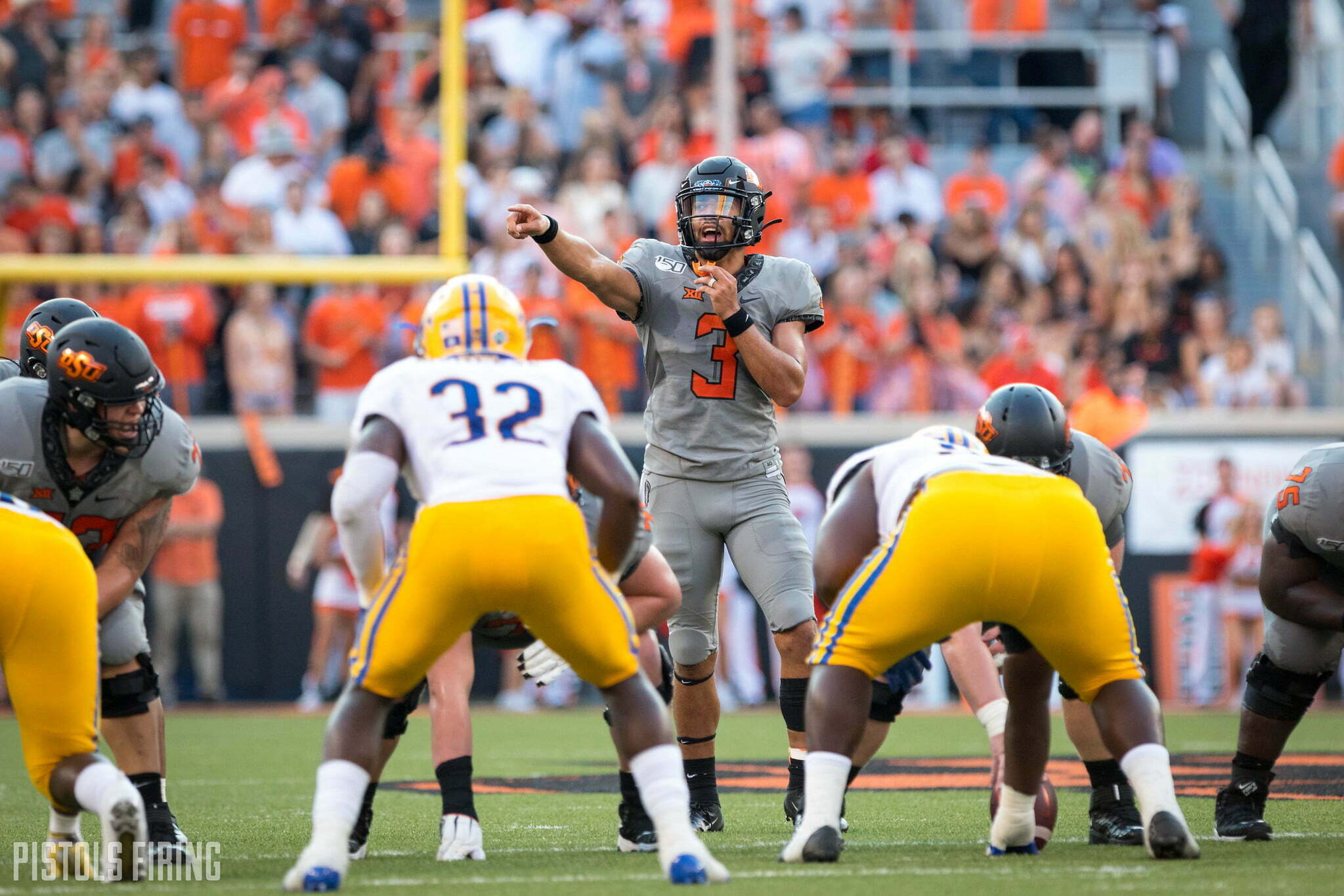 Spencer Sanders is right in the middle of the country’s best college quarterbacks, at least according to Pro Football Focus.

Here is how PFF does it:

“With the help of PFF College’s advanced database, we can proceed to answer that question. Taking into account each projected starter’s play-by-play grading profile and several other data points, in addition to film and scheme review, here are PFF’s annual college quarterback rankings for all 130 FBS programs. And along with ranking each situation from one to 130, the quarterbacks are grouped into tiers to provide further context on where each school stands entering the fall.

“Note that not every team has a starter named at this point in time. For those programs, the situation as a whole was taken into account. These rankings do not account for NFL potential.”

Sanders enters his redshirt junior season at the head of OSU’s offense. In 20 games, Sanders has completed 63% of his passes for 4,072 yards, 30 touchdowns and 19 interceptions. Inconsistency with turnovers and back-to-back injury-riddled seasons likely led to Sanders being as far down on this list as he was.

Sanders’ standing was seventh among Big 12 quarterbacks. Oklahoma’s Spencer Rattler was the No. 1 QB on the list, and Iowa State’s Brock Purdy came in 17th.

It’s interesting Texas’ Casey Thompson made the top half of the Big 12 quarterbacks considering he has thrown just 30 career passes, none of which came in Big 12 games.

Jarret Doege received a high ranking at 27th. After transferring to West Virginia from Bowling Green, Doege is 8-6 in games he has played in for the Mountaineers. At West Virginia, Doege has completed 64% of his passes for 3,405 yards, 21 touchdowns and seven interceptions.

Entering his sixth season of college football, Skylar Thompson has showed promise throughout his career. But, injuries shortened his 2020 season, as he was able to play only three games where he had 626 passing yards and four passing touchdowns to go with his three rushing scores.

Like most preseason lists, this doesn’t mean a whole lot, but it does mean football season is getting closer.