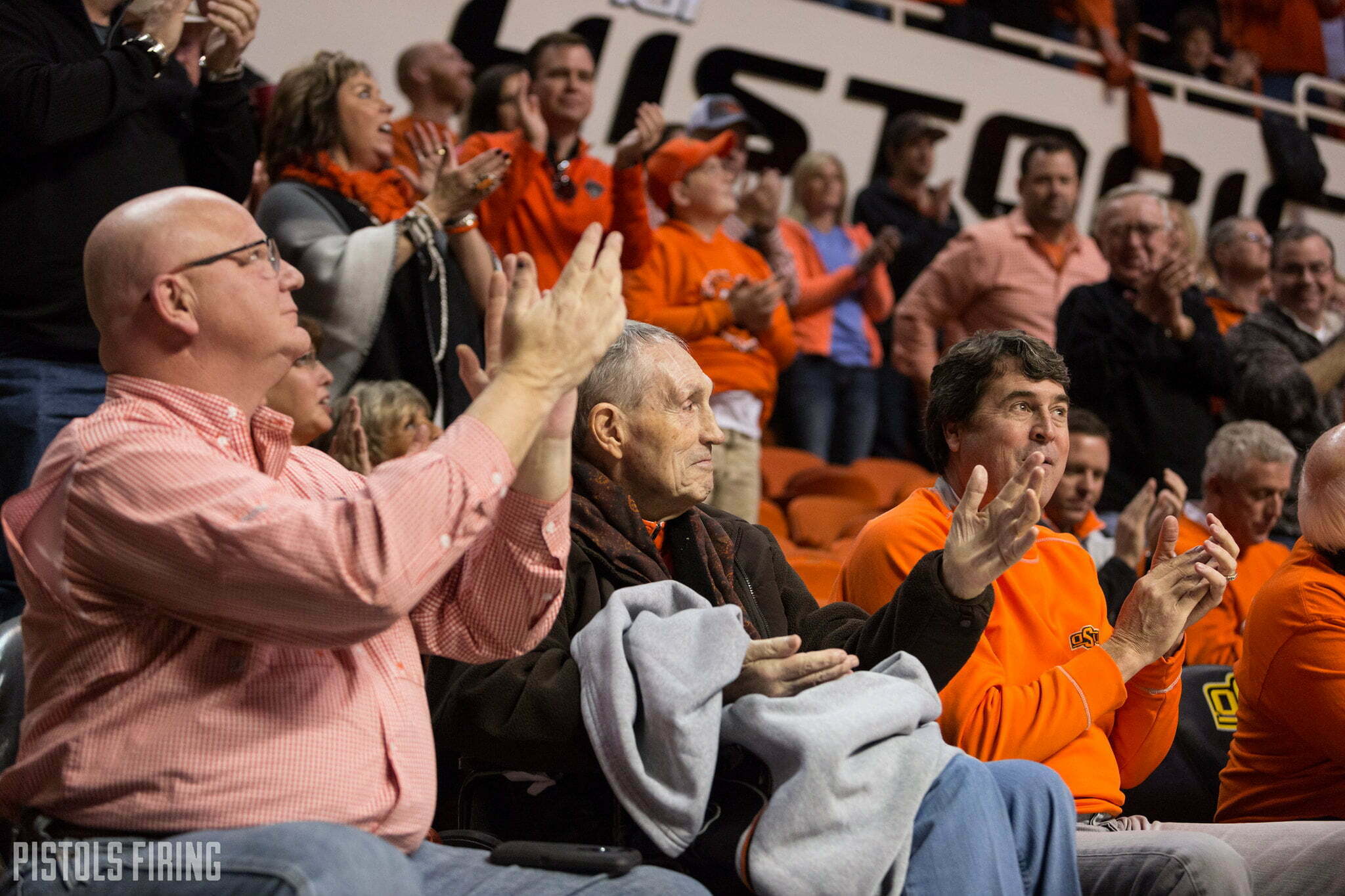 Coaching runs in the Sutton family, but we already knew that.

It started with the hall of famer, Eddie Sutton and was passed down to his sons, Sean and Scott. Sean, of course, took over at Oklahoma State for his dad and is now on staff at Texas Tech. Scott is the all-time wins leader as a head coach at Oral Roberts and is currently an assistant at OSU.

So it should come as no surprise that another Sutton has taken up the family business. Spencer Sutton, son of Sean and grandson of Eddie, was named the head basketball coach at Trinity Christian School, a high school program in Lubbock, Texas.

Sutton played for his uncle at Oral Roberts (while his dad was also on staff) and even scored a field goal on the court that bares his grandfather’s name when the Golden Eagles came to Stillwater back in 2017.

Now Spencer is a head coach at the high school level at the young age of 23. That’s the same age Eddie was when he took his first head coaching gig at Tulsa Central High School back in 1959.

“To be able to start coaching, to be a head coach at the same age that my grandfather was a head coach, that’s something that’s awesome to me cause I feel like I really am walking down the path that he took. So that’s awesome.”

The younger Sutton grew up around Oklahoma State basketball while his grandfather and then father were running the show. And that early exposure helped plant that coaching seed.

“They took us in, wanted us to be around and let us in the locker room, experience everything,” Sutton told LubbockOnline of the OSU program. “When you get to experience basketball at a level like that, you just kind of fall in love with it.”

Just where his coaching journey will extend remains to be seen. Who knows. Maybe some day Spencer will be the fourth Sutton to serve on staff at Oklahoma State.

A few days ago, @SpencerSutton20 was named the new Head Coach of the Runnin' Lions Basketball program at just 23-years-old

While it's an impressive job at such a young age, for Sutton, it's just the next step in a family filled with head basketball coaches@323Lions pic.twitter.com/FrsCN98UfL